Violence in streets, hope in the data 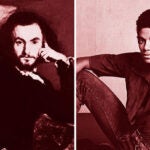 At 81, her first solo show at home

While the daily news conveys a world beset by horrific acts of terrorism, brutal civil war, and frequent mass shootings, Professor Steven Pinker brought a hopeful message to a talk at Emerson Hall, saying global violence is actually in decline.

Pinker, whose 2011 book, “The Better Angels of Our Nature,” documented how war, homicide, and other forms of violence have fallen over the course of human history, said that despite appearances, that downward trajectory has not let up.

“Anyone who has followed the news knows that this doesn’t appear to be a particularly peaceful time,” Pinker, the Johnstone Family Professor in the Department of Psychology, said during a lecture on Thursday presented by the student group Effective Altruism at Harvard.

The reports have been relentless: ISIS, conflict in Ukraine, and riots and police violence in the United States. But the news can be misleading, Pinker said.

Data from the past five years show that the decline of violence has been reversed in only one area, he noted. The number of civil wars, after peaking at 26 in the 1990s, fell to four in the first decade of this century, but ticked up to 11 in 2014. He said that those conflicts, all but one involving radical Islam or Russia, have wiped out 14 years of progress in the decline of civil wars.

“The good news is that that’s the only bad news,” Pinker said. All the other downward trends in violence he first cited in 2011 have “continued in the same direction.”

As examples, he pointed to the lack of any full-blown interstate war since the United States invaded Iraq in 2003, the overall expansion of democracy, continuing reductions in homicides, wider abolition of the death penalty, and declines in violence against women and children.

Observing that the “most salient thing about violence in the past was that there was much more of it,” Pinker pointed to six major declines in violence over human history.

One turning point was the rise of kings and emperors who exerted control over territories and attempted to stamp out tribal raiding and feuding. Pinker also cited the civilizing process that took place with the consolidation of medieval states and rise of organized commerce.

Another force was what Pinker called the “humanitarian revolution,” in which many societies put an end to corporal punishment and torture in a wave of abolitions — many in the 18th century — and eliminated or reduced such practices as the death penalty, religious persecution, and slavery.

“The long peace,” a decline in conflicts between nations since 1946, was among the more recent trends Pinker noted, along with “the new peace,” whereby the decline in war has extended to farther reaches of the globe. A final shift has come with “rights revolutions” targeting violence against African-Americans, gays, women, children, and animals.

Certain categories of violence could continue to see statistical declines, Pinker said, including homicide, domestic violence, and rape. But others, notably the use of “cheap, low-depth, high-publicity violence such as terrorism and rampage shootings,” may hold to current levels far into the future.

Reflecting on overall historical trends, Pinker said, “Violence reduction might be like other types of technological progress — that is, not linear and not exorable, but highly likely over the long run.”

Such a scenario would show the value of “modernity and progress,” he said, and be “a cause for gratitude for the institutions of civilization and enlightenment that have made it possible.”