An inside view from Powell, complete with regrets 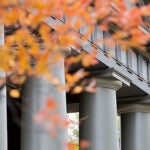 In a visit to Harvard Law School, retired four-star general and former Secretary of State Colin L. Powell shared lessons from his service as a close adviser to three presidents, tips on negotiating with difficult foreign leaders, and his thoughts on strengthening support for families and children in the United States.

Powell served as national security adviser to Ronald Reagan from 1987 to 1989. From 1989 through 1993 he was chairman of the Joint Chiefs of Staff, first for President George H.W. Bush, and then for President Bill Clinton. He was President George W. Bush’s secretary of state from 2001 to 2005.

Among the most personal of his rules: “Be kind, be calm.”

“I have a horrible temper,” said Powell, who was born in Harlem to Jamaican immigrants, and grew up in the South Bronx.

A cool head is crucial when negotiating, which Powell called an “intensely human experience.” Careful listening and respecting the views of others are equally important.

“I found in negotiations, always get yourself partially on the side of the other person, understand what they need. Always show respect. … No country is unimportant, no person is unimportant, and I think that’s the way you go into a negotiation.”

The moderators didn’t shy away from Powell’s most difficult chapter as secretary of state, pressing him about his role in making the case for the invasion of Iraq. On Feb. 5, 2003, Powell appeared before the United Nations Security Council with a clear message: Iraq possessed weapons of mass destruction and the potential to produce more. The United States had to act.

Powell recalled that President Bush asked him on a Thursday to address the U.N. the following Tuesday. After reviewing an early draft of the intelligence-based presentation, he knew he needed more time.

“It was awful,” Powell said. “It was badly done, and it was only years later that I discovered that it was not done by the National Security Council, it was done by the vice president’s office.”

But the date was set, and Powell spent the next several days with his team and officials from the Central Intelligence Agency verifying the information. He told them: “Nothing goes in there that you can’t verify with multiple sources, nothing that’s wild that you can’t verify.”

Not long after his U.N. appearance, the intelligence began to unravel.

“By the summer, nothing was found, and evidence emerged that a lot of the information was incorrect.”

Though Powell reminded listeners at HLS that 376 members of Congress had voted for the war months before his briefing — “based on that same intelligence estimate” — he admitted that his presentation was a mistake and said he wished he had trusted his instincts.

“I regret it. I will always regret it. It was a terrible mistake on all our parts and on the intelligence community … I wish it had been different, I wish I had more time. Maybe if I had another week or two my instincts would have seen through this or been able to do double-checking, but I didn’t have more time. But I’m not looking for an excuse. I gave that presentation. I gave it believing that everything I had said had been double-sourced, triple-sourced, and was accurate, but it was not.”

Powell touched on U.S.-China relations, describing his efforts to secure the release of 24 servicemen after their surveillance plane collided with a Chinese fighter jet in 2001 off the coast of China.

After hammering out a deal, Powell received another missive from Chinese officials negating everything to which the United States had agreed. It was a pivotal moment, he said, and underscored an important negotiating rule: High-level talks often involve myriad stakeholders, and occasionally, you have to ignore some of them.

Powell realized a branch of the Chinese government had sent the second letter out of “bureaucratic necessity. [They] had to be on record demanding something else, and we just simply pretended we never got it, and we accepted the deal we liked.”

Those talks also led to phone calls at home. In an effort to foster better ties, Powell had offered up his home phone number and urged his Chinese counterparts to call any time. And they did.

“They tested it every now and again,” sometimes with humorous results, Powell said, such as when the Chinese foreign minister rang him on a Saturday morning only to be interrupted by Powell’s two Yorkshire terriers barking at the FedEx deliveryman.

In addressing tensions with Russia, Powell encouraged current U.S. negotiators to remember that the world’s largest nation has long been wary of foreign encroachment, and to consider a more diplomatic approach when dealing with President Vladimir Putin.

“I’ve got no illusions about this guy, trust me; I know him, KGB through and through,” said Powell. “What he is doing now is terrible. But at the same time, I know you will never be able to deal with him effectively if you try to demonize him all the time.”

Shifting from his experience as a military leader and statesman, Powell described his work with youth as “the passion of my life.” He founded America’s Promise, a foundation dedicated to providing young people with the resources they need to succeed, in 1997. The organization has built partnerships with more than 380 organizations, including businesses and nonprofits.

“I want young people to have the same kind of structure in their lives that I had in mine,” said Powell who praised the public school system for his education, and credited his mother and father with giving him a supportive home and high expectations.

“We didn’t come to this country on banana boats so you could stick something in your nose or drop out of something,” he was told by his parents, Powell recalled. “Don’t ever even think about it. Because if you ever come home and tell us you dropped out of high school, we are going to get rid of you and get some other kid.”