Torture through a viewfinder 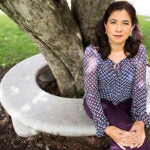 The shocking images from Syria of masked men triumphantly torturing and butchering prisoners in orange jumpsuits first aroused the world to the Islamic State terrorists’ ferocious campaign to remake the Middle East into a caliphate.

But while these savage displays have helped crystallize global opposition to the rapidly growing threat of ISIS, far less visual documentation exists of the ongoing brutalities perpetrated by the government of Syrian President Bashar al-Assad.

Now, a cache of 55,000 photos smuggled out of Syria last year provides a glimpse into the apparent systematic torture and death of 11,000 civilians between 2011 and 2013 inside two military police facilities in Damascus, one of which is less than a mile from the presidential palace. It’s estimated that 300,000 other prisoners remain in Assad-controlled jails.

Thirty of the images are on exhibit in Lewis 202 at Harvard Law School (HLS) through Nov. 4. It’s only the third time the photos have been displayed in the United States, following showings at the United Nations headquarters and in Congress.

The U.S. Holocaust Memorial Museum brought the photos to the United States in an effort to galvanize and mobilize American and international support for action to stop the ongoing atrocities.

“What we wanted to do is to be able to show that the people who are being held in Syria today, the people who are being tortured, who are having their lives utterly destroyed,” are not only young male rebels, as the Assad regime claims, but children, the elderly, and women and men not fighting in the civil war, said Naomi Kikoler, deputy director of the museum’s center for the prevention of genocide, during a panel discussion at HLS Wednesday afternoon.

“The desire of the museum in trying to bring these photos today to the attention of the international community is to try and remind people that there are still things that we can and should do to provide protection,” she said. “Our hope is to be able to shed light on the atrocities that are being perpetrated and do something that was not done for Jews and others during the Second World War.”

The grisly photos, many taken by a former Syrian military police photographer using the nom de guerre “Caesar,” depict emaciated corpses spread on dirt floors, some with open wounds or burns or severed limbs. A body is identified only by a piece of tape on the forehead or chest with a number and the name of the site where the detainee had been held, and a pathologist’s record number handwritten on a piece of paper placed in the frame.

The startling scope and meticulousness of the photographic recordkeeping highlight the “culture of impunity” and brazen nature of the Assad family’s rule, one that has operated for decades in Syria, said attorney Tyler Jess Thompson, policy director of United for a Free Syria, a U.S.-based advocacy group.

Despite the difficulty of charging anyone for these deaths or for others, a number of legal efforts are underway to build evidence “so that it will be there when the day for accountability arrives,” said Stephen J. Rapp ’71, the U.S. Ambassador-at-Large for War Crimes Issues in the State Department’s Office of Global Justice until earlier this year.

Rapp, who led the international prosecutions of former Liberian President Charles Taylor and various parties behind the Rwandan genocide, said the number and unusually detailed nature of the Caesar photos represents “probably the most impressive and strongest evidence I’ve seen in a war-crimes prosecution, better even than the Nazis.”

Because the photos clearly document the precise number of victims and the locations where they died, they provide attorneys with the ability to show a pattern of conduct that eventually will help prosecute the heads of these facilities on a “command responsibility” basis. They offer “everything you need except a court to take them to,” Rapp said.

Because the United States waited to intervene substantively in Syria, the options and tools available are far narrower, and the costs, political and economic, are far greater, said Kikoler.

In 2011, after suddenly being ordered to photograph the bodies of civilians at the Mezzeh and Tishreen military hospitals who had been declared dead of “natural causes” yet bore the signs of torture and starvation, Caesar surreptitiously collected his own photos and those of his co-workers. Since the photos were stored on state computers as part of a massive documentation process, Caesar said he copied the images to flash drives that were later moved out of the country through a network of collaborators.

An apolitical, modestly educated working man, Caesar did not intend to inject himself into a global political and human rights crisis or to seek transitional justice, said Mouaz Moustafa, executive director of the Syrian Emergency Task Force and a member of the Caesar support team.

“He just thought that it would be good for families to have closure,” and to let those who were still bribing officials and sending money to jailers thinking it would spare a detained family member from torture “know not to live on this false hope.”

After escaping Syria in late 2013, Caesar appeared before the House Foreign Affairs Committee, met with the FBI and U.N. Ambassador Samantha Power, and tried unsuccessfully to get a meeting with President Obama to show the photos.

“He actually thought this would outrage people into some sort of action,” Moustafa said of Caesar.

Now in hiding somewhere in Europe, Caesar has been dismayed to find that photos he risked his life to bring to the world’s attention have not prompted the kind of action from the U.S. government that he had hoped.

“This kind of courage needs to be vindicated,” said Rapp.

The panel was moderated by Professor Susan Farbstein, co-director of the International Human Rights Clinic at HLS, and sponsored by the Human Rights Program, the Office of Public Interest Advising, and HLS Advocates for Human Rights.