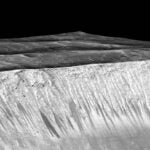 When Evan Sandhoefner ’17 was hired as a research assistant in December 2014, he wasn’t planning for it to turn into research and co-authorship of a paper about climate change, labor productivity, and global poverty.

Sandhoefner, a junior studying economics and computer science, was one of the 25 undergraduates who received summer funding from the Harvard University Center for the Environment (HUCE) for research focusing on energy and the environment.

Each year HUCE awards funding to promising students who have an interest in working with faculty members and their research groups. Once again their research covered a wide range of topics — from growth limitation in New England’s forest trees to housing and air pollution — drawing undergraduates in concentrations from environmental science and public policy to East Asian studies.

Sandhoefner partnered with HUCE Director Daniel Schrag, a professor in the Department of Earth and Planetary Sciences and the John A. Paulson School of Engineering and Applied Sciences (SEAS). He also worked closely with Jisung Park, a Ph.D. candidate in economics in the Graduate School of Arts and Sciences and a President’s Climate Change Solutions Fund grant recipient.

Sandhoefner’s assignment: to gather cross-sectional data on wealth, occupation, and climate for 52 developing countries, some 700,000 households. The goal was to map the experiences of people who oftentimes contribute least to climate change and yet who will suffer the greatest damage from it. For Sandhoefner, the project was challenging but never lacking interest.

He compiled information from numerous sources, and while he admitted that building the data set was a time-consuming process, it kept him continually engaged in the larger vision of the project.

“There’s a seemingly endless amount of work to do with a data set as complex as this,” he said. “There are little changes you can make to the models and results will come out slightly differently, and we get to ask, ‘Why is that?’”

Rising senior Louise Eisenach will use the experience gained from her HUCE fellowship to lay the foundation for what will become her senior research project. Eisenach worked with SEAS Professor Michael Aziz on his groundbreaking flow battery design, which is showing promise for storing electricity from renewable energy sources.

Under Aziz’s direction, Eisenach worked to establish methodologies for testing the performance of commercially available membranes with the flow battery. Given the unique characteristics of the battery’s design, it was necessary to develop a deeper understanding of how the membranes would perform in the battery.

“My research this summer has influenced my interest in the energy sector and has helped to provide me with some direction for my job search,” said Eisenach. “I am interested in staying in the science and technology sector and plan to look for jobs where I can work on sustainable and renewable energies.”

Asking different questions was what Jason Kwon ’16, a government concentrator, did. Kwon, who was provided funding to assist Professor of Government Dustin Tingley with his research on the political and social response to environmental problems, focused on gathering data from developing countries on differences in response to environmental problems, for example, the number of Europeans and Americans even believe in climate change. (A lot more Europeans.)

“I’m more of a political science guy, so combining that with my interest in sustainability through studying the politics of the environment was a lot of fun for me. It’s a growing field, and I learned a lot through my research this summer.” Kwon said.

Over the summer, Kwon spent much of his time doing quantitative analysis, creating graphic maps of results by country, and tracking the changes in politicians’ stances on climate change throughout their campaigns. Kwon was continually surprised to learn just how real the issues were, and how low concern about them seemed to be. He laments that, “In the U.S., not a huge percentage of citizens care about environmental issues compared to other developed countries. There’s a huge gap.”

But the gap in interpersonal awareness of the issues is, hopefully, shrinking, especially in the university setting. Sandhoefner states beautifully what his experience has taught him about that lack of response in the United States: “Especially in the U.S., which is wealthy and has [a] fairly good climate, we are insulated in a lot of ways from where these real things are going to happen. So here, when you ask, ‘What’s the big deal about climate change?’ It’s hard for people to grasp.

“We need to look deeply at what the damages are and who it will affect,” he added.

While Sandhoefner, Eisenach, and Kwon’s projects undoubtedly contribute to the growing information on climate change and energy — and provide valuable research experience to students exploring future careers in those fields — they also affect life on a daily basis. Their influence can be seen in the dining halls and Houses where peers from vastly different disciplines and backgrounds learn from each other. Kwon will often share his experience and remind friends that they have the capacity and responsibility to affect environmental issues. The opportunity is not lost on Sandhoefner, either, and he often talks to peers about his research.

“It’s pretty effective because Harvard students are smart,” he said. “That doesn’t mean they know everything or have read the science behind climate change, but when it’s presented to you, you think about it. In some cases something as simple as having a conversation can lead to pretty powerful change.”

Visit the Harvard University Center for the Environment to learn about more opportunities.

— Colin Durrant contributed to this story.