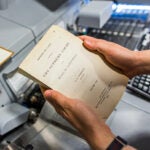 ‘Free the Law’ will provide open access to all

The efforts to put pressure on Texas schools during the 1990s to raise test scores improved some students’ life chances and but hindered those of others. According to a new study that probed students’ long-term outcomes, school accountability efforts in Texas proved to be a mixed bag.

On the one hand, disadvantaged students who attended schools that had been at risk of failing experienced long-term gains. They were more likely to finish high school, attend and graduate from a four-year college, and have higher earnings than their peers going to schools that didn’t face accountability pressure. The research found that, in this case, students were better off because these schools pushed students to raise their test scores by adding more math courses and increasing staffing and instructional time.

On the other hand, disadvantaged students attending higher-performing schools may have endured long-term harm. These students were less likely to go to college, were less likely to graduate from it if they did go, and made less money. The study, which was released Tuesday, found that this bleak outcome was a result of some schools’ decisions to “game the system” and use strategies such as placing low-scoring students in special education classes, which didn’t affect schools’ overall rating.

Established in 1993, the Texas test-based accountability system, which had the goal of raising students’ test scores and bettering their futures, brought mixed results, said David Deming, associate professor of education and economics at the Harvard Graduate School of Education, one of the study’s authors.

“The lesson is that these policies can work to raise students’ test scores and to make kids better off,” Deming said. “But when it comes to designing incentives and high stakes, we have to be really careful. Our study shows that if you don’t design [the policies] well, you can harm kids.”

Titled “When Accountability Works: Texas System Had Mixed Effects on Graduation Rates and Future Earnings,” the study, which presents “the first evidence” of how accountability pressure on schools influences students’ long-term outcomes, came out two days after President Barack Obama announced in a Facebook video that he wants to limit standardized testing in schools.

“I hear from parents, “ Obama said, “who rightly worry about too much testing, and from teachers who feel so much pressure to teach to a test that takes the joy out of teaching and learning, both for them and the students.”

Deming agreed that in some cases there is too much testing, but overall he said that standardized testing brings more benefits than drawbacks.

“We’re better off when we have standardized information about how students and schools are doing,” he said. “Prior to school accountability, there was no mechanism to know how kids were doing. You didn’t even know how schools were performing or how the average African-American kid, the Latino kid, or the poor kid were performing.”

The Texas accountability system became a blueprint for standardized testing in public schools, culminating in the No Child Left Behind (NCLB) Act of 2001. Congress is working to replace NCLB and reauthorize the 1965 Elementary and Secondary Education Act.

Deming hopes the new legislation will take advantage of the lessons learned over the past decade through school accountability and standardized testing.

“NCLB didn’t accomplish everything we wanted to, but the goal was not wrong,” he said.

“It’s not enough to have higher test scores. We want to make sure that everybody is being served.”

One aspect that he would like to see changed involves the incentives and high stakes for schools, which may put unnecessary pressure on schools to use loopholes in the law. He would also like the government to stop rating and ranking schools and develop a system “that ensures a minimum standard of quality.”

“Our job should be that we make sure that taxpayers’ money is well spent,” he said, “and that the Department of Education certifies that every school is serving the kids adequately, rather than saying this is the best school, this is the second-best school.”