How the brain builds new thoughts 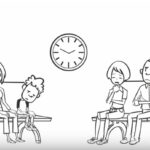 Paying for health care with time

It’s a strange notion to entertain, certainly, but one humans can easily make sense of, researchers say, thanks to the way the brain constructs new thoughts.

A new study, co-authored by postdoctoral fellow Steven Frankland and Professor of Psychology Joshua Greene, suggests that two adjacent brain regions allow humans to build new thoughts using a sort of conceptual algebra, mimicking the operations of silicon computers that represent variables and their changing values. The study is described in a Sept. 17 paper in the Proceedings of the National Academy of Sciences.

“One of the big mysteries of human cognition is how the brain takes ideas and puts them together in new ways to form new thoughts,” said Frankland, the lead author of the study. “Most people can understand ‘Joe Biden beat Vladimir Putin at Scrabble’ even though they’ve never thought about that situation, because, as long as you know who Putin is, who Biden is, what Scrabble is, and what it means to win, you’re able to put these concepts together to understand the meaning of the sentence. That’s a basic, but remarkable, cognitive ability.” 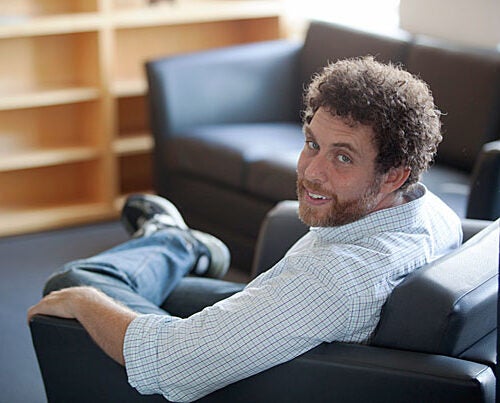 But how are such thoughts constructed? According to one theory, the brain does it by representing conceptual variables, answers to recurring questions of meaning such as “What was done?” and “Who did it?” and “To whom was it done?” A new thought such as “Biden beats Putin” can then be built by making “beating” the value of the action variable, “Biden” the value of the “agent” variable (“Who did it?”), and “Putin” the value of the “patient” variable (“To whom was it done?”). Frankland and Greene are the first to point to specific regions of the brain that encode such mental syntax.

“This has been a central theoretical discussion in cognitive science for a long time, and although it has seemed like a pretty good bet that the brain works this way, there’s been little direct empirical evidence for it,” Frankland said.

To identify the regions, Frankland and Greene used functional magnetic resonance imaging (fMRI) to scan students’ brains as they read a series of simple sentences such as “The dog chased the man” and “The man chased the dog.”

Equipped with that data, they then turned to algorithms to identify patterns of brain activity that corresponded with “dog” and “boy.”

Importantly, Frankland added, the brain appears to reuse the same patterns across multiple sentences, implying that these patterns function like symbols.

“So we might say ‘the dog chased the boy,’ or ‘the dog scratched the boy,’ but if we use some new verb the algorithms can still recognize the ‘dog’ pattern as the agent,” Frankland said. “That’s important because it suggests these symbols are used over and over again to compose new thoughts. And, moreover, we find that the structure of the thought is mapped onto the structure of the brain in a systematic way.”

That ability to use a series of repeatable concepts to formulate new thoughts may be part of what makes human thought unique ― and uniquely powerful.

“This paper is about language,” Greene said. “But we think it’s about more than that. There’s a more general mystery about how human thinking works.

“What makes human thinking so powerful is that we have this library of concepts that we can use to formulate an effectively infinite number of thoughts,” he continued. “Humans can engage in complicated behaviors that, for any other creature on Earth, would require an enormous amount of training. Humans can read or hear a string of concepts and immediately put those concepts together to form some new idea.”

Unlike models of perception, which put more complex representations at the top of a processing hierarchy, Frankland and Greene’s study supports a model of higher cognition that relies on the dynamic combination of conceptual building blocks to formulate thoughts.

“You can’t have a set of neurons that are there just waiting for someone to say ‘Joe Biden beat Vladimir Putin at Scrabble,’ ” Greene said. “That means there has to be some other system for forming meanings on the fly, and it has to be incredibly flexible, incredibly quick and incredibly precise.” He added, “This is an essential feature of human intelligence that we’re just beginning to understand.”