Facing ‘the challenge of our generation’ 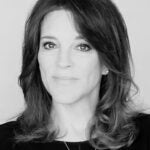 It’s a daunting portfolio of complex and dangerous challenges around the world, unendingly vexing in both their depth and variety.

There is Syria’s civil war and the brutality of the Islamic State, implementation of an Iran nuclear deal; renewed violence between the Israelis and Palestinians; Russian offensives in Crimea, Ukraine, and now Syria; China’s maneuvering in the South China Sea; North Korea’s nuclear threat; and terrorist groups like Nigeria’s Boko Haram and Somalia’s Al-Shabaab.

“I can’t think of a time when the United States of America has been leading in as many places simultaneously, engaged in as many life-and-death challenges around the world,” said Secretary of State John Kerry during an expansive talk with Graham Allison, director of the Belfer Center for Science and International Affairs at Harvard Kennedy School, on Tuesday evening at the Charles Hotel.

Kerry called violent, religious radical extremism — not Russian aggression or Iran’s nuclear ambitions — “the challenge of our generation.” It’s a much more immediate threat that will require far greater effort by the United States to help countries help themselves.

“If we don’t do a better job of taking our values and our interests and marrying them and engaging with the rest of the world to give greater capacity to international, multilateral efforts, it’s going to come back to haunt people,” he said.

Syria’s civil war, ratcheted up even further by Russia’s military involvement in recent weeks, remains a “profoundly challenging” priority that could lead to what Kerry called a series of “very dangerous possibilities.”

“It is a human catastrophe, a disaster that screams at all of us in public life to exercise responsibility in trying to find a solution,” he said. If Russia successfully shores up the faltering government of Bashar al-Assad and extends its tenure, “then it could wind up destroying Syria.”

Kerry said that the Assad regime is the principal magnet for foreign fighters coming to Syria and that given the sectarian nature of Syria and the Middle East, his continued rule “has the potential to exacerbate and perhaps even explode a Sunni-Shia conflagration” between those branches of Islam, “which would just be destructive to the entire region beyond belief.”

The refugee crisis, in which 12 million Syrians have fled the violence between Assad’s forces and the Islamic State, as well as other rebel groups, not only has destabilized Syria, but now threatens allies such as Jordan, Lebanon, and Turkey, which have been overwhelmed by the influx. Israel is also affected, Kerry said.

For those who say the Syrian violence is not a problem Americans need to worry about. “You’re dead wrong because if it does explode, we will inherit that,” Kerry said. “We may need to send young Americans, men and women, to the region in order to make up for what is happening as a consequence of not having done things adequately to be able to solve it otherwise, because ISIL [the Islamic State] is committed, absolutely committed, to attack people outside the region. We know this to a fact.”

Kerry vaguely addressed criticism of the U.S. strategy in Syria, saying that while it “hadn’t panned out as well as some people had thought,” the Obama administration and other players were “rethinking and retooling” many new options.

Ultimately, finding a political solution in Syria will largely depend upon whether Russia decides to legitimately fight the Islamic State or merely continues to prop up Assad. “A lot hangs on what their notion of this is,” he said, adding, “We are prepared to enter into a negotiation along the lines of Geneva tomorrow if Assad and the Russians are really serious about a political solution.”

Asked to grade Russian President Vladimir Putin as a negotiator, Kerry demurred but said that there was an ongoing dialogue with Russia and there could be “some opportunities” for agreement in the future, although he did not identify in which areas.

Kerry had met earlier in the day with Secretary of Defense Ashton Carter and Australia’s foreign and defense ministers in Boston concerning China’s push to limit air and maritime access in the East and South China Seas. Reiterating his remarks after that meeting, Kerry said, “We will not be restricted in our right to sail near some fabricated reef that is actually in international waters.”

He dismissed accusations that he is naïve or unrealistic, particularly about the prospects for success in the Middle East, and added that it is an exciting and constructive time in the world that will eventually yield important accomplishments, despite the unrest.

“I believe we are making progress,” he said. “Ultimately, ISIL has no long-term future. And it may take us a while to get there, but we will get there.”