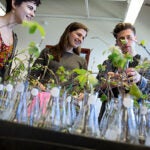 While many of us think of the oceans as a bathtub in which the level rises evenly as it fills with meltwater from glaciers and ice sheets, the reality is not so neat, Professor of Geophysics Jerry Mitrovica said Monday.

The ocean, it turns out, is not a bathtub, and the ice melting thanks to climate change is not a spigot. That ice is vast, however. The Greenland Ice Sheet alone is more than a mile deep and extends beyond 1,000 miles.

The ice exerts a gravitational pull, as do all things with mass. As it melts, the pull relaxes, causing the nearby sea level to drop even as meltwater pours into the ocean.

On a global scale “nearby” can cover a lot of territory, he pointed out, extending more than 1,000 miles. In other words, were Greenland’s massive ice sheet to collapse, nearby regions such as Iceland and coastal Europe would not be inundated. 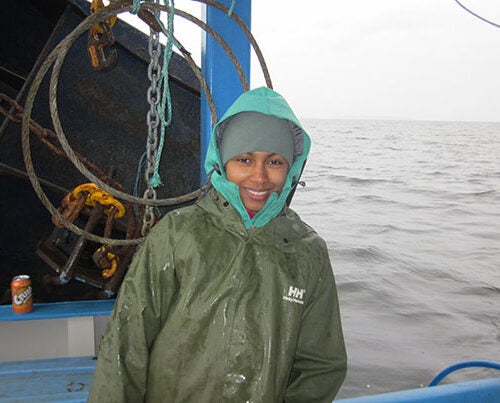 Instead, distant parts of the globe would feel the effects. The ocean is not a bathtub, but Greenland’s meltwater would have to go somewhere.

That scenario, described by Mitrovica in his talk at the Geological Lecture Hall, would also apply to glaciers and the other major ice sheet scientists say is endangered by climate change: the West Antarctic. In that case, the falling sea level would be near Antarctica and the highest rise would be offshore of Washington, D.C.

“The moral is what you’re going to see depends on where you are,” Mitrovica said.

Using levels inferred from Roman fish holding tanks and records of ancient eclipses, scientists have determined that average sea level rise in the last century has been the most significant in 2,000 years. Further, Mitrovica said, it appears that the rise over the last decade has been the most dramatic in a century.

One important result is that flood zones are rapidly moving inland. Areas that used to be endangered by 100-year floods are now in the 20-year flood zone.

The sea level picture isn’t all bad news, Mitrovica said. Some have worried that the West Antarctic Ice Sheet could undergo catastrophic collapse, raising the sea level enough to inundate many cities. The fear emerged because the bedrock underneath the sheet is below sea level. If seawater were to penetrate and lift the sheet, the thinking goes, its collapse could happen fast.

The gravitational effect of the ice, however, alters that scenario. As the ice melts, the nearby sea level will fall, reducing the risk of catastrophic collapse. Still, a single bright spot doesn’t change the worry that sea level could rise a meter over the next century, Mitrovica said.

“We are changing this planet and sea level [rise] will accelerate. One meter more of sea level won’t appear evenly. It depends on which ice sheet melts.”