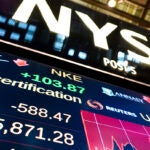 “Studying in Venice was the perfect combination of the familiar and unfamiliar,” said Chris Riley ’17 about the Harvard Summer Program in Venice, which celebrated its 10th anniversary in June.

The program began as an experimental collaboration between Harvard University and the Universita Ca’ Foscari in Venice, with 50 Harvard students and 50 Ca’ Foscari students studying side by side, learning various disciplines including economics, environmental science, and the humanities. Since the partnership’s inauguration, nearly 1,000 students have benefited from the eight-week program, its diverse course offerings, and its unusual structure. This year it offered 13 courses for 100 students. (I was a participant.)

Riley, a junior in Dunster House concentrating in English, wanted to challenge himself by living abroad over the summer. “I loved being in Venice, and made friends I hope will be long-lasting,” he said of his experience. “It was a refreshing change of pace, and I learned that even if I never start to call somewhere other than Boston home, I know I can be happy and genuinely enjoy living elsewhere.”

Riley was enrolled in “American Literary Expatriates in Europe” with Professor Glenda Carpio and “Shakespeare’s Venice” with John Cogan University Professor of the Humanities Stephen Greenblatt, both of which counted for concentration credit.

The Venice program is collaborative and highly dynamic. Students are exposed to different cultures not only through academic work but through the friends they make as they study and share activities. The collaboration is on more than one front. Not only are students and faculty equally represented between universities, but students from Harvard’s Extension School are represented as well.

Daniel Lowery ’16, an Extension School student and government concentrator who studied in Venice in 2014, said the experience was once-in-a-lifetime. “For someone who’s Italian myself, there’s no place I’d rather have been than Venice. You’re living on a city of floating islands. It’s magical, and there’s no other place like it.” In his courses, Lowery said he got the perfect tempering of disciplines, and the transformative experience didn’t end when the class day did. “I enjoyed my courses, but also the community, living in a different country, and especially the opportunity to connect with the Italian students,” he said. “We got to spend quite a bit of time with them.”

The Festa del Redentore, a historic celebration of the Plague’s end that is held in Venice every July, provided one of those times. Two weeks of culture classes before academic courses began provided the students with basic Italian and a glimpse into a variety of topics that introduced them to Venetian culture. Voga (Venetian rowing), silkscreen classes, tours of the lagoon, and other activities and skill workshops were provided throughout the summer. Some classes had day trips to Florence or Milan, while other students traveled independently on weekends.

Living in Venice exposed students to a variety of piquant learning experiences, ranging from amusing to academic. As Riley found after two months in the city, “Scusa is how Italians ask you to move politely. Permesso means an elderly man is about to shove you out of the way with a newspaper.” On the more serious side, Lowery was fascinated to learn about da Vinci’s work close-up. “To be able to study Leonardo in class, then go see his major works and get guided tours by one of the world’s leading experts on him — it was pretty unforgettable.”

Funny or scholarly, no moment goes unused while abroad. The students are challenged by their courses, many of which are more intimate and discussion-based than those offered during the academic year. “Professor Carpio’s ‘Expatriate’ course was such an amazing experience. It really reminded me why I love the academic study of literature,” said Riley, who is considering law school after graduation. “That class reminded me why I am in the English department in the first place.”

Carpio attended the 10-year anniversary celebration of the program, held in Venice June 26-28. Students, alumni, and faculty from both universities took in an opera at the Teatro la Fenice. They explored the lagoon at sunset, and toured the gardens created under the reign of Napoleon Bonaparte.

At the end of the day, the program delivered that firsthand, intercultural, transformative experience a liberal arts education strives to provide. Riley recalled, “On the last night we were in Venice, a sizable group stayed up to watch the sun rise over the lagoon. It was one of those indescribably beautiful moments whose record on Instagram just doesn’t do it justice.”