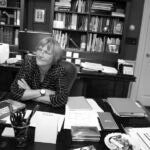 More than 40 of the 78 living recipients of the Congressional Medal of Honor gathered at the Memorial Church Friday for a private memorial service.

Harvard ROTC cadets acted as ushers for the service, and posted a color guard for the group as they entered the church, which was dedicated in 1932 as a memorial to the Harvard students, graduates, and faculty killed during World War I.

“Having them here is incredible,” said Charlotte “Charley” Falletta ’16, who co-leads the Harvard ROTC Association. “To be a cadet here, and to be involved in something like this is maybe the most exciting thing we’ll ever do. We’ll never see anything like this again.”

The Congressional Medal of Honor is the military’s highest honor, given by the president and approved by Congress. Aside from the Army and Navy service academies, Harvard has more Medal of Honor recipients — 18 — than any other U.S. institution of higher education. 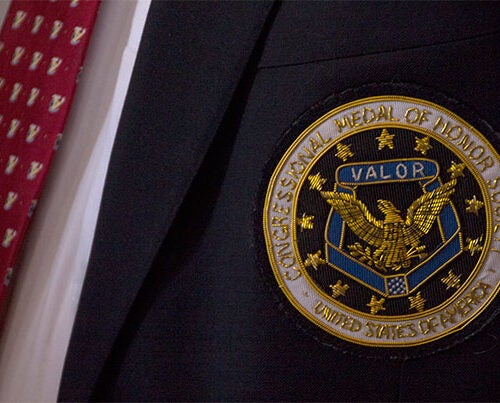 “These guys risked their lives — have been in experiences none of us can even imagine,” said ROTC cadet Luke Pumiglia ’17. “To have them here is pretty breathtaking.”

The Harvard University Choir sang during the service, which was led by the Rev. Lucy A. Forster-Smith. Student veterans from across the University gathered on the steps of the church to salute the group as they walked in. The event was part of the Congressional Medal of Honor Society’s annual convention, which was held in Boston this year.

“They were incredibly gracious,” Falletta said. “They’d just come right up and shake your hand.”

On Veterans Day, Nov. 11, at 5 p.m., the Harvard Veterans Organization will hold the Veterans Day Stadium Run Fundraiser for the Warrior Scholar Program at Harvard Stadium. Active service members, veterans, and the community are all welcome to run or walk all or part of the 1,147 steps that circle the football field — or hit the stadium stairs. All proceeds benefit the Warrior Scholar Project. Contact Dan West at dwest@mba2017.hbs.edu.