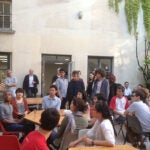 Paris as a living thing

Harvard scientists are taking a hard look at northeastern forests for evidence of a potential springtime scramble, one that could be triggered if age-old growth cues are disrupted by climate change.

Researchers in the Department of Organismic and Evolutionary Biology and the Arnold Arboretum are examining whether the earlier arrival of warm weather will clash with genetic programming tuned to lengthening days and the duration and depth of winter cold.

Researchers led by Assistant Professor of Organismic and Evolutionary Biology Elizabeth Wolkovich and research fellow Dan Flynn gathered hundreds of cuttings from 28 different species in Massachusetts and Quebec and grew them under an array of controlled conditions in Arnold Arboretum growth chambers, tracking how each responded to varying levels of temperature and light.

The most surprising early results are that species that had strong responses to light cues — about half of those tested — were generally the same ones with strong responses to temperature, said Wolkovich. This could create a conflict if those species were to leaf out earlier as the weather warms, and then reach a point when the days are too short to advance further.

“Are things going to keep going? Is this a linear trend?” said Wolkovich. “Will spring just keep getting three weeks earlier every three decades? Or will there be a point where we will really have messed up the biology of these systems and the plants won’t be able to track with climate change because there’s this photo-period limit?” 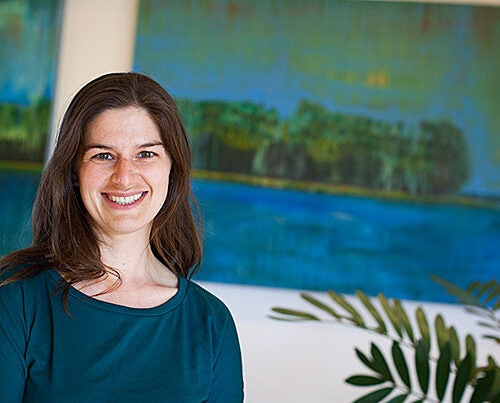 Endlessly waiting for ‘leaf out,’ flowering in Boston and beyond

Correctly timing spring growth is critical to a plant. Leafing out first means being first to the nutrients in the ground, first to spread a canopy that not only gathers sunlight but also shades competitors. But starting too early in the season — during a warm snap when the days are still short and winter has weeks to run — exposes tender leaf buds to frost, forcing a tree to re-leaf and putting it behind competitors.

In preliminary results, cherry, birch, beech, honeysuckle, and blueberry were all sensitive to temperature cues, Wolkovich said. That means that as the climate warms, those plants will likely begin their spring growth earlier, while others less sensitive to temperature will remain on the same schedule. Blueberry and cherry also showed strong photoperiod limits, meaning there may be a limit to how early they will grow. If climate change pushes spring earlier than the limit, blueberry and cherry could end up out of step.

“The preliminary results suggest that for some classic northeast species, they will keep advancing for a long time and then we don’t know what will happen, they might just stop advancing and be static,” Wolkovich said. “What I think is more likely, based on data from other labs, is their cues will get messed up and they might come out at the wrong time the following year or they might be screwed up for several years to come.”

In the best case, Wolkovich said, ecosystems will stay roughly intact, though they’ll likely shift in time and space, growing earlier in the spring and expanding or contracting ranges. In the worst case, Wolkovich said, important species such as oak, maple, and beech won’t track the changing climate and leaf out late, failing to set seed and suffering major declines.

“Which species will move in and replace these species?” Wolkovich said. “No matter what happens, the northeastern forest that you have today will not be the one your great-grandchildren will have.”

Another key question, Wolkovich said, involves whether individual tree species contain populations sensitive to local conditions — whether oaks in southern Massachusetts, for example, are genetically tuned to warmer conditions and different day lengths than those in northern New Hampshire. If that is the case, it might restrict their ability to respond to rapidly changing climate.

The work, conducted as a pilot study, is being expanded to two more sites and will seek more refined data on the cues by which species awaken in winter, Wolkovich said.