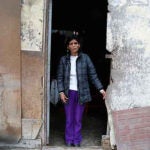 After more than a decade of nearly can’t-miss growth, China’s stock market began a precipitous summer slide that has spooked investors worldwide.

In July, the Shanghai composite index dropped 15 percent from June, prompting the People’s Bank of China to devalue the yuan by 1.9 percent in mid-August, the biggest currency adjustment in two decades. But continued trading volatility climaxed on Aug. 23 in what many have called China’s “Black Monday.” Shanghai stocks dropped by 8.5 percent overnight, their steepest single-day decline since 2007. Since June, China’s stock market has fallen 38 percent.

Early this week, the Chinese government reportedly arrested nearly 200 people, including corporate executives, government officials, and journalists, for allegedly spreading false rumors online about the market’s stability. And in a turnabout, authorities also announced they will not institute more interventions to rescue the still-shaky economy, as they had pledged.

Dante Roscini, M.B.A. ’88 is a professor of management practice at Harvard Business School (HBS). For two decades, he ran equity capital markets for Goldman Sachs, Merrill Lynch, and Morgan Stanley. His casework focuses on international investment, sovereign debt, monetary policy, and central banking. Roscini spoke with the Gazette about China’s economic woes and how they may affect global markets and investors going forward.

GAZETTE: Why were so many caught off-guard by this crash? Weren’t there warning signs that this might happen?

ROSCINI: Yes, there were warning signs. Some of the indicators in China’s economy have been slowing for some time. In January, the official data for GDP growth was 7.4 percent, the weakest in 24 years and the first time in a century that growth fell short of the official target, although by only 0.1 percent. There has been continuing softness in data regarding manufacturing activity, exports, and imports. When China made a currency adjustment, market participants took fright, fearing a much bigger slowdown than they expected. The wheels came off an over-exuberant Chinese stock market, which had surged over 150 percent in 12 months and hit a seven-year high. The consequences were felt by financial markets everywhere.

GAZETTE: Given how opaque China’s economy is, does anyone accurately know how deep or lasting this slowdown might be?

ROSCINI: The official numbers must indeed be taken with a grain of salt. There is a debate in the marketplace and among economists as to what the future holds. Are we headed for a “soft landing,” a correction that can be managed so that growth, albeit at a slower pace, will continue to be solid, or are we at an inflection point and we risk a more precipitous deceleration, a “hard landing”?

China has astounded the world for 30 years by growing consistently at 10 percent per year or more, lifting hundreds of millions out of poverty. It has gone from almost nowhere to being the second-biggest economy, contributing 15 percent to the global GDP and 25 percent to its growth.

Exports drove that growth. Over the past two decades, the level of exports to developed markets from China grew on the order of 20 percent per year. And yet, the consumption of goods in those markets was only growing by about 5 percent per year. China was therefore grabbing market share; “Made in China” became ubiquitous. This was driven in large part from massive outsourcing on the part of companies in developed markets. They were moving production to China in droves because labor was cheap, so the economy grew very, very fast.

In the process of becoming the “factory of the world,” the country needed infrastructures: roads, ports, rails, plants, cities for the workers, and so on. Massive investment — rather than consumption — drove the economy. Consumption in China is still only about a third of GDP versus some 70-odd percent in the developed markets. China kept buying all sorts of goods and became the first importer in the world for a number of commodities, in the process benefiting those countries that could supply them.

The issue is that we may be reaching the limits to the outsourcing trend. For example, almost 100 percent of textiles in this country are now outsourced — you can’t go further than that. Between 50 and 60 percent of all manufactured goods in the U.S. are outsourced, and not everything is outsourceable. Furthermore, wage inflation in China has dented its competitiveness and there are other location choices. So, the question is: How much more can this phenomenon continue? Are we at the end of the era of Chinese exceptionalism?

This concept dovetails with the idea that China must change its development model in order to gain long-term economic and social stability. Economists have been saying this for a long time and the Chinese leadership is trying to rebalance growth toward consumption. In other economies where this shift has taken place before — such as the Asian Tigers — it was generally associated with lower growth since relying on endogenous progression of domestic demand is not as powerful as relying on an exogenous inflow of export-driving outsourcing.

GAZETTE: Although the U.S. and European markets seem to have stabilized for now, what are the potential ramifications globally of China’s market troubles? Could their problems spill over into other markets?

ROSCINI: Certainly it was trouble from a stock market perspective. The fall was as bad as we saw here in 2001 after the dot-com bubble. The response by the Chinese authorities was extraordinary. They enacted of series of price-distorting measures that smacked of desperation. They stopped all IPOs; they asked state-owned companies to buy back their shares; they arrested traders and journalists; they banned short selling and channeled pension money into equities, effectively nationalizing a piece of the market.

Fortunately, the stock market is a rather small part of China’s economy. The total market capitalization is less than a third of GDP against the 100 percent or more in developed economies. Also, few people have their money in the stock market. The real money is in the property market; a drop in values of real estate would have more far-reaching consequences.

In terms of global spillovers, the recovery in most developed markets does not depend on exports to China. Of course, if the Chinese deceleration were to lead to a negative shock to global growth, that would be bad news for everyone. I don’t believe this to be the base case unless there is a real hard landing.

GAZETTE: Which industries and nations will feel this slowdown most acutely and how are they reacting?

ROSCINI: China represents between 1 and 3 percent of the exports for the G3 economies [the United States, Germany, and Japan]. But for Australia, Chile, Korea, Singapore, and Peru for example, these numbers are more significant, anywhere from 6 to 17 percent. Some of China’s neighbors are tied to its manufacturing processes; other countries more far afield supply it with oil, gas, metals, and other primary materials. A slowdown in China could impact some of these emerging markets pretty hard. Capital has quickly flown out of them, hitting their currencies and equity markets. Europe is less exposed, though some specific sectors, such as luxury goods, will feel the pinch.

GAZETTE: What does it mean for the U.S. economy if this is China’s new normal or things decline even further?

ROSCINI: The U.S. is growing solidly. This crisis is not going to be too impactful through the trade channel. Exports make up only 13 percent of U.S. GDP and exports to China represent less than 1 percent of U.S. GDP. Some U.S. multinationals might be exposed to a fall in their overseas earnings. GE stock was down 20 percent for a time on Black Monday, though Apple, for example, recently said that business in China continues to be strong. Perhaps the strongest impact would be if, as some people are asking, the [Federal Reserve Bank] were to delay raising U.S. interest rates on the basis that China’s deceleration will induce a global slowdown. That decision would clearly have an effect on this economy.

GAZETTE: What are investors most concerned about and what will they look for in the short and medium terms to feel confident again in China’s stability?

ROSCINI: Investors are prone to panic, as we’ve seen; they tend to rush for the exits. In reality, China is generally in a position to manage the turbulence in its economy. First, it has a service sector that is growing fast and that will be a natural counterbalance to the slowdown in industry. Second, China is in good shape from a fiscal standpoint. They have a budget deficit target of 2.3 percent this year, but are currently in surplus. Third, they still have enormous foreign exchange reserves that will allow them to intervene in the currency market. Finally, the Chinese central bank has room for further monetary stimulus; they can lower the reserve requirement for banks from the current 18 percent of deposits and they can reduce interest rates. For example, the one-year lending rate is at 4.6 percent against practically zero here.

One thing to watch for will be how China ensures the stability of its financial system since total debt has reached 250 percent of GDP, credit has been abundant, and the size of the shadow banking system has exploded.

More, investors will judge how China is going to manage its reforms for the longer term. Are they going to foster the rule of law and give domestic and foreign entrepreneurs more confidence to invest? Are they going to allow private companies to better compete with state-owned ones? Are they going to change the system of residence permits so that people can move more freely? Will they liberalize the capital account and let the currency float? In short, markets will assess how credibly the country’s policies are evolving.

GAZETTE: How does China’s political leadership affect their economy and their ability to correctly identify and fix the shortcomings? And have these emergency interventions damaged the market’s credibility?

ROSCINI: I believe that the bigger question is if the political leadership will have the courage to move from a command economy to something that looks more like a market economy. Their heavy-handed remedial actions against the drop in the stock market have damaged their credibility. This was discouraging for those investors who were hoping that Beijing was making its markets more free. A fake marketplace creates distrust and is counterproductive in the long term.