A hard look at war’s reparations 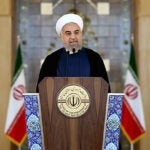 A program to help Colombian citizens heal from the murder, kidnapping, and violence of that country’s long-running civil war is the most ambitious of its kind, a new Harvard analysis says, but it’s so big that there are serious questions about whether it can reach its goals.

The program seeks to compensate between 5.2 million and 7 million people — 11 to 15 percent of the nation’s population — for harm suffered since the civil war began in 1964. So far, some 5.2 million people have registered with the program, and 400,000 have received reparations.

“We were really not aware of how exceptional it is,” said Kathryn Sikkink, the Ryan Family Professor of Human Rights Policy at the Harvard Kennedy School (HKS). “Just on scale alone, it’s off the charts.”

While Sikkink and colleagues expressed admiration for the program’s ambition and the speed with which it has ramped up from a staff of two or three in 2013 to 5,000 today, they also expressed doubt whether it was robust enough, and would have the resources, to compensate everyone who qualifies by the time the reparations law expires in 2021.

“I think in terms of getting people to register for reparations, it’s been a huge success. The caveat is whether they will be successful in carrying it out by 2021,” said Phuong Pham, an assistant professor of medicine who is a research scientist at the Harvard Humanitarian Initiative, and who worked on the report.

The report was drafted by a team made up of Sikkink, Pham, Assistant Professor of Medicine Patrick Vinck, and Douglas Johnson, director of the Carr Center for Human Rights Policy. Each took the lead on a major section, with Sikkink conducting a comparative analysis of “transitional justice” programs in 31 other countries, Pham conducting survey research to see how the program is being received by the population and those it seeks to serve, and Johnson providing an analysis to offer advice on how the program can achieve its aims.

Their work caught the eye of Colombian President Juan Manuel Santos, an HKS alumnus who was re-elected recently at least partly on the strength of his peace-making efforts. The reparations program has figured in negotiations with the largest rebel group, FARC, and Santos asked Sikkink and Pham to travel to Colombia in June to present their findings.

“That’s the best we can hope for from any research, that somebody takes some action based on it,” Pham said.

Colombia’s civil war, the last in Latin America and one of the longest in the world today, dates at least to the 1960s. The conflict has cost hundreds of thousands of lives, displaced millions, and involved several armed groups. Peace, Sikkink said, would be a major advance not just for Colombia, but for the world.