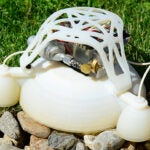 NASA’s New Horizons spacecraft reached its closest approach to Pluto on Tuesday, swooping to within 7,800 miles of the dwarf planet out beyond Neptune, snapping pictures and gathering data.

Astrophysicists around the world watched to see what the mission, the farthest-reaching of its kind, would reveal about the formation of the solar system, the planet itself, and the Kuiper Belt, where it resides. Also of interest: Pluto’s unusual binary relationship with its largest moon, Charon.

New Horizons, which launched in 2006, traveled some 3 billion miles for the encounter and has already provided a precise measurement of Pluto’s diameter, confirming that it is the Kuiper Belt’s largest object. It has also determined that ice made of nitrogen and methane are at the planet’s poles and, perhaps most dramatically, provided the most detailed images yet of Pluto and Charon.

Scott Kenyon of the Harvard-Smithsonian Center for Astrophysics shared his reaction to the flyby in an interview with the Gazette.

GAZETTE: Is there a feeling of excitement in the astrophysics community?

KENYON: For those of us who work on planetary science of the solar system and exoplanets, it is exciting because it’s the first time we get to look at an icy planet that doesn’t have any gas around it. The idea of planet formation is that all planets grow by agglomeration and the gas giants, Jupiter through Neptune, have an icy, few-Earth-mass ball at their center. So we get to look and see what one looks like now.

GAZETTE: What else is important about this mission?

KENYON: I think there are a number of things that make Pluto interesting. It’s the largest — now we know — of these Kuiper Belt objects, at least in physical dimensions. [Kuiper Belt objects] are a set of objects out beyond the orbit of Neptune, which are the coldest, least evolved, most primitive objects in the solar system. So, looking at one and getting measures on its composition, on its topography, on how much ammonia versus methane versus water/ice, tells us a lot about the early conditions in the outer part of the solar system.

And then Pluto is a binary world. The center of mass of Pluto-Charon is outside of Pluto, so that it’s different from the Earth-Moon system, where the center of mass is inside the Earth. And there are the four little satellites orbiting this binary planet, and that tells us a little bit about how planets form around binary star systems. And the Kepler satellite is starting to discover those. Pluto is one we can visit and study in detail.

GAZETTE: You’ve done some work directly on that?

KENYON: We have, yes, with my collaborator, Ben Bromley from [the University of] Utah.

GAZETTE: How does this fit into your work?

KENYON: It’s sort of a test. What we do is numerical simulations of the formation and evolution of planetary systems. The simplest calculations we’ve done for the Pluto system [involve] asking what happened after this giant collision that is thought to have made the Pluto-Charon binary.

Pluto and Charon formed in separate places in the solar system; Charon skimmed [Pluto’s] surface, kicked up a bunch of junk and became bound [to Pluto]. The bunch of stuff that got kicked up became the four satellites. So we do calculations of how that works. What the satellites actually look like in their orbits and [their] compositions will constrain the theoretical models we make.

Also [important is] whether they detect any more satellites. Unfortunately, they had this glitch at a time last week when they were taking really deep images to look for more satellites. Hopefully they’ll get to try that again now that they’re by the system. How many satellites [Pluto has], how massive they are, constrains this giant collision and the aftermath.

Just the fact that there are four icy bodies orbiting this binary system constrains our models for how planets form around binaries. They’re close, they’re tightly packed. You couldn’t fit another satellite in the system between the innermost one, Styx, and the outermost one, Hydra, and have it be stable for any length of time. And there are planetary systems like that, where you couldn’t stick another planet in it. 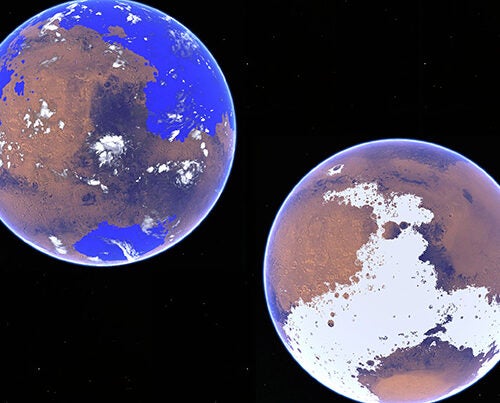 So we learn about how all of these things happen. We are, as theorists, trying to link how Pluto formed and evolved to how exoplanets form and evolve. Everything that they get from the composition to the shapes and sizes and rotation will inform and constrain our models.

GAZETTE: How do you feel about seeing these pictures? These are clearly the most detailed images we’ve seen so far.

KENYON: Well, they’re cool. They’re starting to become more than just little points of light. A space telescope did some observations 10 or so years ago where Pluto and Charon mutually eclipsed one another. You could get crude, four-, five-, six-pixel maps of each of them. They had a few dark pixels and a few bright pixels. Now, we’re starting to see craters and plains and valleys and mountains and things — at least that’s what we’re imagining that we’re seeing.

But once we get the images from the flyby and the detailed images, it’ll be pretty amazing because we’ll be able to see the equivalent of fissures like we see on some of the Galilean satellites of Jupiter, geysers like we see on some of the satellites of Saturn and Jupiter. It’ll be really interesting — what we end up seeing and how different it is from the icy moons of Saturn and Jupiter.

GAZETTE: Will you be looking eagerly when the data is released?

KENYON: I’m planning on being ready for it. From the ground-based measurements of Pluto and Charon, Pluto is mostly frozen nitrogen and some frozen methane and ammonia on its surface. And Charon seems to be mostly water, frozen water. What is interesting is that they’re already somewhat different. It’ll be interesting to see if that holds up. I don’t think we’ll know from these images, but we’ll get to see [some] differences. We can already see that Pluto is peach- or salmon-colored and Charon seems to be pretty gray. But there are bright and dark features on both of them and we’ll see what they are.