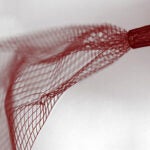 The high seas of Mars may never have existed. According to a new study that looks at two opposite climate scenarios of early Mars, a cold and icy planet billions of years ago better explains the water drainage and erosion features seen today.

For decades, researchers have debated the climate history of Mars and how its early climate led to the many water-carved channels there now. The idea that 3 to 4 billion years ago Mars was warm, wet and Earth-like, with a northern sea — conditions that could have led to life — is generally more accepted than the concept of a frigid, icy planet where water was locked in ice most of the time and life would be hard put to evolve.

To see which early Mars model better explains the planet’s modern features, Robin Wordsworth, assistant professor in environmental science and engineering at the Harvard John A. Paulson School of Engineering and Applied Sciences, and his colleagues used a 3-D atmospheric circulation model to compare a water cycle on Mars under different scenarios 3 to 4 billion years ago, during what are called the late Noachian and early Hesperian periods.

The study’s authors found that the cold scenario was likelier to have occurred than the warm one, based on what is known about the history of the sun and the tilt of Mars’ axis long ago. The cold model also did a better job of explaining the water erosion features that were left behind on the Martian surface, which have puzzled and intrigued scientists since they were discovered by the Viking orbiters in the 1970s.

A paper presenting the results has been accepted for publication in the Journal of Geophysical Research: Planets.

The colder scenario was more straightforward to model, Wordsworth said, because Mars only gets 43 percent of the solar energy Earth does, and early Mars was lit by a younger sun believed to have been 25 percent dimmer than it is now. That makes it very likely that early Mars was cold and icy, he said. An extreme tilt of Mars’ axis would have pointed the planet’s poles at the sun and driven polar ice to the equator, where water drainage and erosion features are seen today.

More importantly, under a thicker atmosphere, equatorial highland regions get colder and northern lowland regions get warmer. This is the “icy highlands effect” that accounts for snow-covered mountain peaks on Earth today. Despite a number of warming factors — including a thicker atmosphere filled with climate-warming carbon dioxide — Mars still would have been quite cold, Wordsworth added.

Creating a model for a warm and wet Mars took more work. Previous studies had shown that even when the effects of climate-warming clouds, dust, and carbon dioxide were taken into account, climate models still didn’t show early Mars developing any warm and wet periods, Wordsworth said.

But the conditions on early Mars may have been different than scientists thought, he said. The study’s authors added to their model various climate effects to force Mars into a warmer, wet state. Even then, however, a warm and wet early planet does not explain the patchwork of water erosion features and valley networks observed on Mars today, and why these features tend to be concentrated near the planet’s equator, Wordsworth said.

Under the warm and wet model, rainfall rates varied a lot with longitude and latitude. The warm and wet model predicts that on early Mars, rain was greatest in an area called Arabia and around the Hellas basin, including in the west and southeast areas of the basin, where few water drainage features are found now. At the same time, several regions with many water-carved valleys, such as Margaritifer Sinus, received one-tenth to one-twentieth as much rain as Arabia and the Hellas basin under the warm and wet scenario.

In the warm and wet scenario, mountains also create rain shadows, like those that wring water from clouds to help create deserts on Earth. On Mars, the bulge of Tharsis would have caused more rain to fall on the windward western side of the volcanic plateau, where few water features are seen. To the east, downwind of the bulge, drier air would flow over Margaritifer Sinus, causing less rain to fall — a situation that doesn’t match the drainage features observed there.

The cold and icy scenario isn’t perfect, , Wordsworth said. While this scenario accumulates frozen water closer to the drainage features on Mars, something had to melt the ice that carved the valleys, he said. Under this scenario, the climate is cool most of the time, and then short-lived events like meteor impacts and volcanic eruptions caused the necessary melting.

“I’m still trying to keep an open mind about this,” said Wordsworth. “There is lots of work to be done, b.”

Proving that a cold climate on early Mars led to the features seen on the planet today would answer a big question, said Bethany Ehlmann, a planetary scientist at the California Institute of Technology and NASA’s Jet Propulsion Laboratory in Pasadena, Calif., who was not involved in the study.

The new paper answers part of that question by showing that locations with snow in the cold and icy scenario roughly correspond to valley network locations seen today, Ehlmann said. Furthermore, the model of the cold early Mars shows that some ice melting would occur, she said.

“We know from Rover and orbiter-based data that there were lakes on ancient Mars,” she said. “Key questions are: How long did they persist? Were they episodic or persistent? And does the feeder valley network demand rain, or is snow and ice melt sufficient?”

The 3-D climate modeling used in the study begins to address these questions with a new level of sophistication by investigating how specific locations might have accumulated rain or snow, she said.