The art of political persuasion 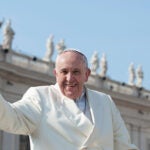 Persuading people to support a particular candidate or party is an essential test of any political campaign. But precisely how to move voters successfully is a matter still not fully understood — and the raison d’etre for political strategists and pundits.

In the fields of economics and political science, conventional wisdom has long held that people generally will act in ways that support their fundamental views and preferences. So, for example, while few observers would be surprised if a lifelong Democrat cast a vote for Hillary Clinton in the 2016 presidential election, they might not expect a Republican to go against his or her own party affiliation and vote for her.

The idea behind the “rational actor” theory ― that people seek to act in their own self-interest ― sounds perfectly logical. But it fails to explain what causes some voters to change their political views or preferences over time.

Now, political scientists at Harvard and Stanford universities, drawing from longstanding social psychology research, have concluded that a person’s political attitudes are actually a consequence of the actions he or she has taken — and not their cause.

In a new working paper, the researchers say changing political attitudes can be understood in the context of “cognitive dissonance,” a theory of behavioral psychology that asserts that people experience uneasiness after acting in a way that appears to conflict with their beliefs and preferences about themselves or others. To minimize that mental discomfort, the theory posits, a person will adapt his or her attitude to better fit with or justify previous actions.

The paper offers a new framework for understanding the origin of political attitudes and preferences and how they may change over time, and presents a formal theory about how people adjust their political preferences in order to downplay cognitive dissonance, a theory that has predictive power.

“I think this gives us a lot of insights into how people’s political attitudes come to be formed, and specifically how they change over time,” said Blackwell. “The more we think about these different mechanisms in people’s heads, I think the better we’re going to be able to … figure out what messages are going to work and what strategies are not going to work.”

Blackwell says the findings offer the first formal theory of political attitude change framed within the context of cognitive dissonance, one that could offer new understanding across a range of political behaviors and help answer questions like what causes political partisanship, what drives ethnic and racial animosity, and how empathy with key social ties is so effective in shifting a person’s political views.

The paper was inspired in part by prior research and a forthcoming book project, which examines the long-term impact of slavery on political attitudes in the American South and why white people who live in areas historically active during slavery still hold very conservative and hostile views on race more than 150 years after slavery ended.

In today’s political world, the desire to reconcile cognitive dissonance drives the growing tendency of political candidates to emphasize apolitical qualities such as personality and demeanor while deliberately cultivating vagueness about their policy positions in an effort to minimize cognitive dissonance in voters’ eyes, said Blackwell.

“The less they know about your policies, the less strife they’ll feel in voting for you if they disagree with you,” he said.

The research also suggests that if political parties can get young people to vote for their candidates at an early age, that could “lock in benefits” over the long term. “What we know is that just the act of voting for a candidate seems to increase your affiliation toward that political party over time and makes you a more habitual voter over time,” said Blackwell.

As for the upcoming 2016 presidential race, cognitive dissonance predicts that parties that have a very combative primary season, like the one expected to take place among a vast Republican field, are weakened going into a general election, “not necessarily because of the ‘beleaguered candidate’ or ‘tired candidate’ that we sometimes hear about, but more because there’s a large group of voters who have to reconcile the fact they really vigorously opposed a [primary] candidate and now are being asked to vote for that candidate,” he said. “You have to engage with that cognitive dissonance about whether or not that’s actually a thing you would be able to do.” The big danger for a party is that voters who can’t reconcile their previous support for different candidate might simply sit out the general election.

“This is why you see so much intense management in primary season of endorsements from candidates who dropped out and a lot of rallying the party around a candidate … to make sure that everyone’s on the same page,” said Blackwell. “The longer these primaries go, it could be the case that the more entrenched people’s attitudes become, and it’s harder to dislodge those.”