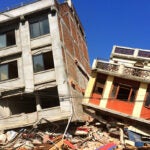 ‘Destruction across the city’

At a recent HDS conference, Hershey Professor of Buddhist Studies Janet Gyatso recalled the School’s 2005 revision of its master of divinity curriculum and how it became an opportunity to broaden the scope of the program.

“I really felt that this would be a wonderful place to start training Buddhist ministers in very much the same way that students who are largely in Christian traditions were getting trained,” she said. “The basic phrase or model of this whole master of divinity program is to produce a learned ministry. … Why not do that for Buddhist students as well?”

The conference, “Education and Buddhist Ministry: Whither — and Why?” was a new undertaking for the School’s Buddhist Ministry Initiative (BMI). The BMI’s first international conference brought together scholars, students, and educators for three days to discuss challenges, insights, and questions regarding training for Buddhist ministry and to foster collaboration among institutions and individuals. The conference was funded by the Robert H.N. Ho Family Foundation.

Several panels addressed a major question among those participating: As Buddhism is being drawn upon to meet the needs of the secularized West, is it just becoming a secular adaptation of traditional Buddhism, or can it continue to be a vehicle of spiritual liberation?

In talking about challenges, Gyatso pointed out that Buddhist ministers in the Western world are going out and working in hospitals and prisons with people who are not exclusively Buddhist. That can lead to a generalization or abstraction of certain types of practices such as mindfulness and compassion, she said, later asking if that means those exercises then cease to be Buddhist, and at what point that becomes something to worry about.

“Part of what the students are challenged with is how do they take the insights — the wisdoms that are coming from contexts that are not necessarily Buddhist at all — and, on one hand, translate them into Buddhist terms and, on the other hand, how do they contribute insights and wisdoms that they are getting from their Buddhist background back into those practices? So it’s a two-way street,” she said.

Francis Greenwood Peabody Senior Lecturer on Pastoral Care and Counseling Cheryl Giles talked about her transition from being a Roman Catholic to a practitioner of Buddhism.

“Where we come from shapes our understanding and practice of ministry,” Giles said. “As an educated, black, lesbian, recovering Catholic from a working-class family who practices Tibetan Buddhism, it does matter. I bring all of this to the practice of Buddhism — and hopefully ministry.

“Buddhist ministry is not a one-size-fits-all practice. It is being at the margins with the poor, homeless, uneducated, sick, mentally ill, and despairing. It is visiting the sick, dying, and those incarcerated. It is advocating for justice. It is teaching students who are future leaders to stand with the poor, to honor the dignity of each person, and to practice love and kindness, not just for others, but also for ourselves,” she explained.

A separate panel discussion focused on the question of what it takes to be a Buddhist minister.

Yangsi Rinpoche, president and professor of Buddhist studies at Maitripa College, a Buddhist university in Portland, Ore., spoke about seeing some Western-ordained practitioners become nervous and uncomfortable when performing Buddhist rituals. He hopes the focus will shift and be based in the wisdom of the ritual rather than the method.

John Makransky, an associate professor at Boston College and teacher at the Foundation for Active Compassion, noted the importance for students to be connected to Asian Buddhist teachers and communities, so training doesn’t become a “Western thing.” He also commented on the importance of Buddhist ministry as a key resource for interreligious engagement.

“Clearly, that’s very important in the place and time that we live in. A lot of people looking to Buddhism are non-Buddhists, not seeking to convert to Buddhism, but to learn something deeply from it that informs their lives as Christians, Jews, and others,” he said.