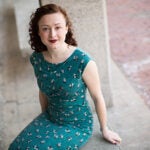 Life under the lights and in the lab

Harvard’s motto, Veritas, has a long, swirling history — including two centuries of invisibility

The Harvard “arms” — a shield, three books, and the word Veritas — are the decorative version of the University seal, which remains a legal device for authenticating documents. Some variant of the arms can be seen anywhere at Harvard: above gates and doorways, carved into wood, sculpted in stone, molded in plaster, rendered in wrought iron, cast in brass, and stitched onto flags.

It’s symbolism that gets around, even beyond the Earth. In 1991, a Harvard flag was aboard the 39th flight of the Space Shuttle Atlantis for six days, clocking 93 orbits and 2.4 million miles. (It’s at rest now, in a box in the University Archives.)

The story of the Harvard arms is writ deep in the past. Veritas, which is Latin for “truth,” was adopted as Harvard’s motto in 1643, but did not see the light of day for almost two centuries. Instead, in 1650, the Harvard Corporation chose In Christi Gloriam, a Latin phrase meaning “For the glory of Christ.”

Veritas eventually was discovered in old college records by Harvard President Josiah Quincy III, and re-emerged in 1836 when it appeared on a banner celebrating the College’s 200th anniversary. The word briefly lived on in the Harvard seal from 1843 to 1847, when it was booted off in favor of Christo et Ecclesiae, or “For Christ in the Church.”

In time, Veritas would become the one word most closely associated with Harvard. But it took an 1880 poem by writer and Professor of Medicine Oliver Wendell Holmes to revive it for good. The poem urged Harvard to “let thine earliest symbol be thy last.” If ubiquity is any measure, Holmes’ poetic wish came true. Veritas was Harvard’s oldest idea for a motto and, after centuries of neglect, is here to stay.

The Harvard motto has a birthday: Dec. 27, 1643. The Harvard College Board of Overseers — the “Governours” — met that day in Harvard Hall, a two-story frame building with a gambrel roof and dormer windows that some critics at the time held was “too gorgeous for a Wilderness.” Representing the 7-year-old college, they elected a treasurer, asked that an accounting of John Harvard’s gift be completed, appointed tutors, and then created a directive that more than 370 years later still retains immense iconic power. “It is ordered,” the record of the meeting reads, a few pages from the front of College Book No. 1, “that there shall be a college seal in the form following.” Below that is a crude drawing: a shield, three books, and that one Latin word.

Outwardly, the Harvard seal was simple. The shield was a familiar artifact of medieval heraldry. The three books repeated a literary motif used in at least 10 universities of the time, including the Sorbonne, Oxford, and Cambridge. The motto — in Harvard’s case, Veritas — also repeats a convention of using Latin sayings on the seals of the great English universities of the day.

Veritas survived, but features of the original seal underwent changes over time. In 1643, the shield had a flat top and a blunt bottom, like the implement of war. Two of the books were open; one showed only the binding. There were clasps, as you might find on a 17th-century Bible. The shields of 1650 and 1692 were square, and all three books were open. Quincy’s 1843 version revived the one overturned book. (In 1836, New England historian Robert C. Winthrop offered a whimsical explanation: that the closed book encouraged Harvard men to be “careful to look at both sides” of any question.)

After that, in versions from 1847, 1885, and 1935, all three books on the official College seal are open. Versions with the overturned book persist, however, including on the John Harvard Statue and on the exterior of Austin Hall.

The overturned book does more than bring a viewer back to the Harvard of 1643. The original design, some scholars say, is a reminder of a wilderness college that thought of itself as a New World vanguard in Christ’s Puritan army. The open books represent the Old and New Testaments — the truth that any could read in the Bible. But the third book represented the yet unwritten truth of the future as the Puritans saw it: the book of truth that would be written by a second coming of Christ. (Puritan minister John Cotton predicted that millennial moment would arrive in 1655.) To the Puritans in Harvard’s seventh year, Veritas meant more than truth, or even divine truth. It meant “fulfillment,” the truth of a second coming.

A series of Harvard courses on “tangible things,” which study history and literature by way of objects, examines artifacts like the John Harvard Statue as portals into everyday universes of the past. Words with complex histories, like Harvard’s Latin motto, can be artifacts of the past too.