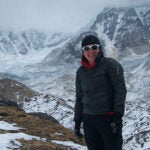 Turkey appears to be moving away from the path toward reforms that helped fuel an economic resurgence there in the early 2000s, a leading economist told a Harvard audience on Monday. Daron Acemoğlu, a native of Turkey who is the Elizabeth and James Killian Professor of Economics at Massachusetts Institute of Technology, said the likelihood of Turkey’s politics and economy becoming more open in the near future has faded.

“I was guardedly optimistic as recently as a year ago that once you have the institutional reforms, civil society becomes sufficiently well-mobilized that wholesale reversals may not be feasible. I must say my guarded optimism is less pronounced,” said Acemoğlu,

Acemoğlu offered his remarks as the keynote speaker in the inaugural event of the Özyeğin Speaker Series at Harvard’s Minda de Gunzburg Center for European Studies.

The series is part of the Özyeğin Forum on Modern Turkey, initiated by the center this year to deepen understanding of Turkey and its relationship with Europe. The forum, which will include an annual lecture, was established through a gift from the family of Hüsnü Özyeğin, a leading Turkish entrepreneur and philanthropist, and a Harvard Business School alumnus, M.B.A. ’69.

Acemoğlu has achieved international prominence for his work, particularly for his recent research into the causes of disparities in economic development across societies. His 2012 best-selling book, “Why Nations Fail,” written with James A. Robinson, Harvard’s Wilbur A. Cowett Professor of Government, argued that political and economic institutions that are accountable, efficient, and inclusive provide the underpinning needed for economies to succeed over the long term.

In his talk, “Turkey: Growing Pains Under the Long Shadow of History,” Acemoğlu gave an overview of that theory and how it may help explain the challenges that his native country, which straddles Europe and Asia, has faced since the waning days of the Ottoman Empire. Acemoğlu said that the Ottomans had what he termed “extractive political institutions,” in which power was concentrated in a small group, and that left the nation ill-equipped for economic and social growth.

He said that model was largely maintained by the reformers who took power as the Ottomans faded and by the leaders of the Turkish Republic after its formation in 1923. Although the shift brought some positive changes, “The Turkish Republic … is very continuous with the Ottoman Empire,” Acemoğlu said, citing a persistent concentration of power and economic activity.

Acemoğlu said the striking economic growth Turkey underwent in the early 2000s was the result of reforms instituted by the current ruling party, the Justice and Development Party (AKP), along with other reforms mandated by the World Bank following Turkey’s 2001 economic crisis. But he said that with the weakening or reversal of many reforms, the pace of economic growth has slowed and political freedoms have diminished.

Responding to a question later from the center’s director, Professor of Government Grzegorz Ekiert, Acemoğlu said that pressures from Europe — including for changes that could help Turkey pursue its bid to join the European Union — were “part of the ensemble of checks” that helped push reforms. But he added that Europe’s “turning its back on Turkey” likely accentuated its move away from reforms, even though he said internal forces were the larger cause.

Acemoğlu said there are some grounds for hope, since the brief period of reform showed that even modest institutional changes could be “transformative” for the Turkish economy and society. “But I’m not sure at the moment whether it’s politically feasible.”