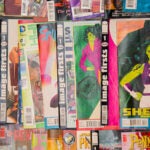 ‘Confronting Violence’ through arts and activism

What makes us human? What forces can make us less so, can compel us to cruelty and even murder? These are the questions that Nobel Peace Prize winner Elie Wiesel, 86, has long asked in his writing — questions central to his play, “The Choice.”

Written approximately 20 years after Wiesel was freed from imprisonment in the Auschwitz, Buna, and Buchenwald concentration camps, “The Choice” is focused on three soldiers who have detained three prisoners. As the audience watches, they select which of those prisoners will live and which will die, weighing the prisoners’ life stories as they make their choice.

“The Choice,” which was rediscovered in Boston University’s Elie Wiesel archives by Joel Rappel four years ago, will have its world premiere in a staged reading at 8 p.m. Sunday at Harvard’s Sanders Theatre.

Commemorating the 70th anniversary of the liberation of Auschwitz and the founding of UNESCO, the reading, directed by UNESCO artist for peace and Harvard Divinity School postdoctoral fellow Guila Clara Kessous, in partnership with the Harvard Divinity School, will be preceded by an educational workshop and a theatrical pantomime composed of volunteers, which Kessous calls a “flash mob.” Members of the community who wish to participate in the pantomime will receive a free ticket to the performance and a certificate of remembrance. (Interested volunteers should contact Rachel Deitch, the producer and education director, at rachel_deitch@mail.harvard.edu and will need to be available from 3 to 5:30 p.m. on Sunday to rehearse.)

In anticipation of the presentation, which also commemorates Yom HaShoah, Holocaust Remembrance Day, on Wednesday, the Gazette spoke with Kessous by phone.

GAZETTE: What can you tell us about this play?

KESSOUS: The play is about the difficulty of being human and the questioning of survival in terms of responsibility toward death.

When you have in your hands life or death, what do you do? How will you react as a human? With the atrocity of the genocide, killing, we often use the term “this is inhuman” but unfortunately, this is humanity. This is in us and something we can become very quickly — the possibility of the murderer that we all have inside. It’s very easy to make someone a murderer, you just have to press the right buttons in terms of threat to the family or threat to health, and someone can be very easily manipulated.

GAZETTE: What was your introduction to this work?

KESSOUS: I was so stunned to find that he wrote this play, and this play was so meaningful in terms of its own vision of existentialism and life … It was a fantastic discovery, when I was doing my Ph.D. between 2003 and 2008, Professor Wiesel didn’t mention it. Lately, when I asked him why he didn’t talk to me about it, he said he viewed it as a play of obvious youth and he didn’t think it would fit in with the rest of his plays.

GAZETTE: Did he consider it immature?

KESSOUS: I don’t think he’d say immature … he said he didn’t find a style. What is interesting is that you can see the clear influences of French writers in terms of questioning life and death and questioning the human responsibility of putting someone to death. It is very interesting in terms of his influences and of trying to find his own position of where to put God. In this work, you can feel that the question of God is not resolved.

That is why this work is so moving — it is very beautiful. You can feel the youth and those interrogations that we are still wondering [about] today, regarding a young man trying to find some answer to his questions and not knowing.

At the time he wrote the play, [Wiesel] was completely in love with the theater. He would say the biggest work — literary work, artistic work of his era — had been done in theater. But today he despises anything to do with images, anything to do with staging. … So what I am staging is the frame of the play, with readers. I will stage the metaphoric introduction in terms of reflection on genocide, less than choreography and more as pantomime — what is this play about in terms of remembrance? That will be a way to get into this very harsh atmosphere.

GAZETTE: What is the importance of this play?

This interview has been condensed and slightly edited.