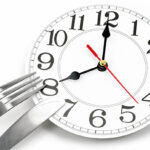 You are when you eat

Electronic cigarettes offer the promise of a less-harmful alternative to smoking tobacco, and even a way to slowly quit.

But public health experts speaking at the Harvard T.H. Chan School of Public Health Thursday said they worry the battery-powered smokes may provide a dangerous gateway for teens and others to start smoking.

“E-cigarettes offer opportunity to reduce the harm associated with tobacco use,” said Vaughan Rees, lecturer on social and behavioral sciences and interim director of the Chan School’s Center for Global Tobacco Control. “On the other hand, I’m concerned the advent of e-cigarettes may undermine many of the gains we’ve made in controlling the use of tobacco during the last 50 years.”

Rees was a panelist for a discussion titled “Can E-cigarette Regulation Protect the Public’s Health? Making Sense of the Science,” organized by the Center for Global Tobacco Control and the Department of Social and Behavioral Sciences. It was presented in collaboration with Reuters and moderated by Scott Malone, Reuters’ editor in charge of general news for the northeastern United States.

Rees spoke as Reuters reported that the U.S. Centers for Disease Control and Prevention found that e-cigarette use by high school students increased to 13.4 percent in 2014 from 4.5 percent a year earlier. It also found tobacco cigarette over the same time dropped to 9.2 percent from 12.7 percent.

The Food and Drug Administration took steps last April to regulate e-cigarettes for the first time, according to Howard Koh, professor of the practice of public health leadership and former assistant secretary for health for the U.S. Department of Health and Human Services.

The FDA proposed rules that would ban sales to minors, require warning labels on e-cigarette packages, and bar free samples. They would not, however, regulate advertising. Currently, e-cigarette companies advertise their products using sex, glamour, and adventure — methods familiar from cigarette ads of the 1940s, said panelist Kasisomayajula Viswanath, professor of health communication at the Chan School and at the McGraw-Patterson Center for Population Sciences at Dana-Farber Cancer Institute, a Harvard affiliate.

“They suggest e-cigarettes can solve a lot of problems,” Viswanath said. The ads go beyond traditional media to social media used by teens, heightening the urgency for federal regulation, he said.

The United States is among the countries that offer the least e-cigarette regulation, according to David Hammond, associate professor at the University of Waterloo School of Public Health and Health Systems, and a former adviser to the World Health Organization on Framework Convention on Tobacco Control.

Hammond suggested the United States could learn from the international diversity of regulation. In Canada, e-cigarettes are not approved for sale. The European Union regulates e-cigarettes like tobacco, taxing and requiring product standards to reduce harm.

Kenneth Warner, distinguished university professor of public health and former dean at the University of Michigan School of Public Health, called for “enlightened regulation.” Asked what he’d like to see, Warner proposed prohibiting emissions of clearly dangerous substances, prohibiting sales to minors, and barring e-cigarette smoking where tobacco is not allowed. He also suggested taxing e-cigarettes, though at a lower rate than on traditional cigarettes to make nicotine addiction less sustainable.

The rise of e-cigarettes has served as a reminder that the fight to overcome tobacco-related deaths has not been won, Koh said.

“There is a misperception that this problem has been solved and it’s time to move on to something else,” Koh said. “Nothing can be further from the truth. No other condition kills a half-million Americans every year. No other is projected to kill 1 billion worldwide in the 21st century. This discussion should be viewed as part of that discussion of how to move tobacco control forward, to end this epidemic once and for all.”