Breaking down the Middle East 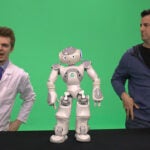 Four years after pro-democratic protests and uprisings across the Middle East and North Africa, known as the Arab Spring, offered hope of a new era of calm and stability across the region, much of it has plummeted into chaos, and at a quickening pace.

Bloody conflicts and civil wars bedevil Iraq, Syria, Libya, and Yemen; diplomatic ties have frayed between the United States and Israel over Iran and the Occupied Territories; and the terrorist group Islamic State, or ISIS, is proving durable in its brutal campaign to create a caliphate in Syria, Iraq, and beyond.

It is a time of historic political, social, and military transformation in the region and one that is likely to continue, Harvard analysts say.

“It’s about the most complex, difficult, and challenging policy environment that I’ve seen in 30 years in the Middle East,” said former ambassador Nicholas Burns, the professor of the practice of diplomacy and international politics at Harvard Kennedy School (HKS), who served as undersecretary of state for political affairs from 2005 to 2008.

“Three states are in absolute free-fall, where the national government has either disintegrated or is embattled. Libya has fallen apart as a nation-state; it’s back to tribal divisions. Syria is in the midst of the most brutal civil war in the world today. Yemen, the government has been defeated. There’s now an all-out battle for control of Yemen between an Iranian-backed movement and a Saudi-backed/U.S.-backed movement,” said Burns.

“What we’re also witnessing is the Sunni world is in crisis. So Syria, a country dominated in terms of its population by the Sunni, divided by a tremendous, brutal humanitarian crisis. More than half the people in the country are homeless,” he said.

“Egypt and Jordan, two very strong moderate Sunni states, are both confronting substantial internal crises to the continuation of their countries. Saudi Arabia [is] at the beginning of a transition from one king to another. The rise of the Islamic State, which now controls about a third of Syria and a third of Iraq, has divided both countries, and its barbaric practices have created a struggle for power in the Sunni world,” said Burns.

“In addition … we’re looking at a Sunni/Shia battle for power and influence, and we see that in the extraordinary spread of Iranian power just over the last six to eight months. Iran, now the kingmaker in Baghdad, [is] more influential than the United States,” he said. And there is “a crisis in the U.S.-Israel relationship of the type that we have not seen maybe going back to Suez in 1956: a fundamental difference of opinion between the Israeli prime minister and the American president on two big issues, the Iran nuclear issue and the Israeli-Palestinian negotiations. And a bitter, acrimonious … fight between [Prime Minister Benjamin] Netanyahu and [President Barack] Obama over the last 30 days has spilled out into public view.”

Noah Feldman ’92, the Felix Frankfurter Professor of Law at Harvard Law School (HLS), said, “The violence now, much of it is centering around locations where the breakdown of sovereignty is near complete. And that’s historically unprecedented.

“When we invaded Iraq, we were entering into an environment where the basic state forms had been extremely stable since the end of the First World War and the imposition of the Versailles model on these places. There had been internal turmoil within countries, but the basic state shapes remained more or less unchanged.”

“When we broke Iraq, the theory is that we would engage in regime change, not that we would lead to a broader destabilization of boundaries and borders, but that is nevertheless what has ultimately happened. And that almost certainly was a combination of our destabilization of Iraq and the breakdown of the state there in the wake of our unsuccessful occupation, followed by the Arab Spring,” said Feldman, who writes frequently about Middle East law and politics.

“That is what I think is so distinctive about the present moment. It’s not really the volume; it’s more the nature of it, and the fact that in Libya, in Yemen, and in Syria/Iraq — the core locations of conflict — are locations in all of which there’s been a very substantial breakdown of sovereignty. That’s what makes it especially worrisome,” he said.

Although the effort by the United States, Russia, China, France, Germany, and Britain to strike a deal with Iran over its ability to develop nuclear weapons has been years in the making, a March 31 deadline set by Obama to establish the framework of a deal has exacerbated tensions in the region, where the idea of any accord with Iran is a deeply polarizing political matter.

“On Israel, the important development there is that the Israeli public was … definitively behind Netanyahu’s efforts to break a potential U.S.-Iran rapprochement. It’s true that some Israelis … are very concerned about the existential aspects of the Iranian nuclear program, but what they’re also concerned about, perhaps more importantly, is the rise of Iran as a regional hegemon on par with Israel. And the nuclear program is a proxy for that, and U.S. cooperation with Iran is a further proxy for that,” said Feldman. “When the United States was competing with Iran for regional hegemonic status, we were happy to use the Israelis as our proxy. Now that we’re at least potentially negotiating something with Iran, that’s potentially bad for Israel, and so Netanyahu tried to interfere with that.”

“I think that the reality of sanctions and falling oil prices are making it very difficult for the Iranian regime to sustain itself,” said Farnaz Fassihi, an Iranian-American journalist and longtime Middle East correspondent for The Wall Street Journal, during a March 25 talk at the Shorenstein Center on Media, Politics, and Public Policy at HKS. “They also understand that they have real dissent in the country. The Green Revolution, or the green movement or uprising of 2009, was crushed, but it did not go away. You still have dissidents, you still have reformers, you have many people who are upset. I think getting a nuclear deal is essential … in controlling the disastrous economy in Iran.”

Burns said that having no nuclear deal would isolate the United States and strengthen Iran.

“I think President Obama will have a good case to make that this deal, if it comes about, is going to lock Iran into a series of commitments that the entire world is going to expect them to fulfill. And when you have Russia, China, the U.S., and Europe on one side of the table watching and demanding implementation, it’s a powerful fact. I think the weakness that the opponents of the deal will have [is that] no deal means that Iran walks away from the table, that all of the restrictions on Iran — the freezing of its nuclear program over the last year and a half — are off,” he said.

Dramatic new fighting in Yemen’s two largest cities between Iran-backed Shia Houthi rebels and military forces supported by a coalition led by Saudi Arabia that includes Egypt, Jordan, Morocco, Pakistan, Sudan, and the Gulf states has prompted the formation of a joint Arab military force to fend off the rebels and threats from the al-Qaida movement in the Arabian Peninsula.

“The breakdown of Yemen has been gradual — the world may have just now noticed, but the breakdown of state authority has been happening over a long period of time,” said Feldman. “The real concern is that Yemen descends to become entirely ungoverned and an ungovernable zone.”

Losing control of Yemen’s two biggest cities would represent a troubling new low in terms of loss of sovereignty, “and that’s obviously worrisome because that’s exactly the environment in which ISIS or ISIS-like entities will flourish,” he said. “That’s a similar danger which exists presently in Libya, where there are at least some actors who would like to present themselves as solutions to the breakdown of sovereignty there.”

As for where the Middle East is headed and what the United States can — or should — do there, Fassihi is “not at all optimistic.”

“I’ve watched the region go in cycles for the past 13 years, and it’s pretty much the same themes. It’s extremists vs. pro-democracy/pro-Western; or it’s Shias against Sunnis; it’s pro-Iran against pro-Saudi; it’s pro-Americans versus anti-Americans. The same forces seem to be going in cycles all the way from Afghanistan to now, Yemen and Iraq,” said Fassihi, a 2015 Nieman Fellow.

“At this point, I really don’t know what they can do. I think America’s involvement is always a double-edged sword. If you don’t go in, people blame you and say you’re letting extremists win and you’re looking the other way. But if you do go in, then you’re also giving an excuse to groups like ISIS, and another reason for them to radicalize,” she said during her Shorenstein Center talk.

“There’s no question that the U.S. no longer has, in many ways, the decisive influence in the Middle East that we did 20 to 30 years ago,” Burns conceded. “But we are still, I think without any question, the most influential outside power.”

Calling the United States “largely reactive,” and a “country lurching from crisis to crisis, trying to figure out how do we use our influence, when to assert ourselves, when not to assert ourselves,” Burns nonetheless expects there will be growing bipartisan agreement in the coming months “that we need to shore up our relationship with Egypt, with Jordan, [and] with Saudi Arabia; we need to find a way to end the war of words between Israel and the United States and reaffirm our relationship with Israel. We need to find a way to contain Iran” and “also pivot to try and limit the expansion of Iranian power.”

“We should be, in theory, trying to identify who we think would be credibly able to govern Syria,” offered Feldman. “So long as we have no policy of who should govern in Syria — and at present we do not — we can’t very well advance an objective when we don’t even have a policy we’d like to see achieved.”

Moving forward, Burns said, the United States will need to recalibrate its priorities and re-establish stable and trusting relationships with bedrock partners like Israel, Egypt, and the Gulf states, which “are very worried about U.S. overtures to Iran, and the nuclear issue.” If there is a nuclear deal, Obama and Secretary of State John Kerry will have “to convince the Saudis, Emiratis, Bahrainis, Kuwaitis, and the Jordanians that this doesn’t represent some kind of major shift in American policy away from the Sunni Arab countries to Iran itself. And I think also the United States needs to remain fundamentally engaged in Iraq, because Iraq is one of the foundational states in the Middle East, and it is in absolute crisis now.”

Any hope for resolving what has essentially metastisized into a regional war, the analysts said, is a long way off.

“It would be lovely to imagine a pluralistic, democratic set of states in the region they could substitute for the autocratic nation-state or for a congeries of unpleasant, self-protecting, and violent militias. But that’s a pipe dream right now relative to the reality on the ground,” said Feldman. “You can’t get pluralistic democracy unless you first have states that are functioning, and we don’t have functioning states. So the first step has to be to produce functioning states, and only then would it be even conceivable, though by no means guaranteed, to start talking about generating functioning democratic governments.”