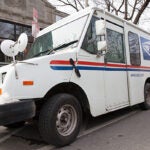 They are pushing hard toward breakthrough remedies, Faust says in speech at Beijing university

BEIJING — In an address to faculty and students at Tsinghua University today, Harvard President Drew Faust argued forcefully that universities have a unique and critical role to play in combating climate change.

She opened her remarks by recalling her last visit to Tsinghua in 2008. “There is a proverb that the best time to plant a tree is 20 years ago — and the second-best time is now,” Faust told the audience of about 250 Chinese students, faculty, and journalists.

“When I first visited Tsinghua seven years ago … I planted a tree with [former Tsinghua] President Gu [Binglin] in the Friendship Garden … I am glad the Tsinghua-Harvard tree stands as a symbol of the many relationships across our two universities, relationships which continue to grow and thrive,” she said. “More than ever, it is as a testament to the possibilities that, by working together, we offer the world. That is why I want to spend a few minutes today talking about the special role universities like ours play in addressing climate change.”

Faust’s speech marked the culmination of a series of events in Beijing at which climate change was a central topic. At a gathering of alumni, faculty, and friends on Sunday, she looked on as Ali Malkawi, professor of architectural technology at the Harvard Graduate School of Design (GSD) and founding director of the Harvard Center for Green Buildings and Cities, explained his efforts to reduce the carbon footprint of large human-made structures and systems, from individual buildings to whole cities.

On Monday, Faust and Chinese President Xi Jinping, meeting at the Great Hall of the People, discussed governmental and academic efforts to address the threat of climate change. Faust used the opportunity to highlight the important work being undertaken by faculty and students at Harvard and at institutions across the globe such as Tsinghua to develop substantive technological and policy solutions to this global challenge and to urge continued faculty collaborations.

“Last November, President Xi and President Obama made a joint announcement on climate change, pledging to limit the greenhouse gas emissions of China and the United States over the next several decades,” Faust said. “It is a landmark accord, setting ambitious goals for the world’s two largest carbon-emitting countries and establishing a marker that presidents Xi and Obama hope will inspire other countries to do the same.

“We could not have predicted such a shared commitment seven [years] or even one year ago between these two leaders — both, in fact, our alumni — one a Tsinghua graduate in chemical engineering and the humanities and the other a graduate of Harvard Law School,” she continued. “And yet our two institutions had already sown the seeds of this agreement decades ago by educating leaders who can turn months of discussion into an international milestone, and by collaborating for more than 20 years on the climate analyses that made the agreement possible. In other words, by doing the things universities are uniquely designed to do.”

Calling the recent agreement a “defining moment … worthy of celebration,” and giving China credit for building the world’s largest wind-power capacity as well as the second-largest capacity in solar energy, Faust nonetheless said that these efforts represent “only a beginning” of what needs to be done.

“Industry, education, agriculture, business, finance, individual citizens — all are necessary participants in what must become an energy and environmental revolution, a new paradigm that will improve public health, care for the planet, and put both of our nations on the path toward a prosperous, low-carbon economy,” she argued.

“Universities are especially good at ‘thinking different,’ ” Faust said in her prepared text, quoting an expression often used by Apple founder Steve Jobs. “To every generation falls a daunting task. This is our task: to ‘think different’ about how we inhabit the Earth. Where better to meet this challenge than in Boston and Beijing? How better to meet it than by unlocking and harnessing new knowledge, building political and cultural understanding, promoting dialogue, and sharing solutions? Who better to meet it than you, the most extraordinary students — imaginative, curious, daring. The challenge we face demands three great necessities.”

Faust made the case that the three great necessities of creating partnerships, undertaking research, and training students to ask and answer the big questions ultimately will yield substantive solutions to this global challenge.

“The first necessity is partnership,” she said in her prepared text. “Global problems require global partners. Climate change is a perfect example. We breathe the same air. We drink the same water. We share the planet. We cannot live in a cocoon. The stakes are too high.”

Partnerships have defined Harvard’s relations with China for more than a century. John King Fairbank’s experiences at Tsinghua in 1933 ultimately led to creation of the Fairbank Center for Chinese Studies. Zhu Kezhen, who received his Ph.D. from Harvard after passing a scholarship exam at the school that would become Tsinghua, became the father of Chinese meteorology and a pre-eminent leader of scientific research in that nation.

The foundation in 1993 of the Harvard China Project bolstered research into China’s atmospheric environment, energy system, and economy, as well as the role of the environment in U.S.-China relations. Those historic partnerships are embodied by two current Tsinghua faculty members, Cao Jing and Wang Yuxuan, who both studied at Harvard and are collaborating to study Chinese carbon emissions.

“Harvard partnerships with Tsinghua and other Chinese institutions span nearly every department across all of Harvard’s 13 Schools, involving some 200 faculty members and hundreds of students, and now including the Harvard Center Shanghai, online courses through edX, and three new research centers on campus,” Faust said. “These partnerships are bearing fruit: from last year’s Harvard-Tsinghua conference on market mechanisms for a low-carbon future, to open-access education reaching millions worldwide, to advances in human health and health care policy that will improve and extend lives.”

Turning to the second necessity, research, Faust repeated the Chinese aphorism that “learning has no boundaries.” Research without boundaries, she said, means exploring across disciplines to find different ways of approaching problems, taking the long view instead of focusing on momentary or ephemeral gains, and keeping an open stance, in which every question is legitimate and any path might yield an answer.

“A third necessity is training students who will ask and answer the big questions,” Faust said. “Perhaps the most important mission of universities is the education of the world’s young people. We attract and train the best students. Each year I tell the incoming Harvard College classes that they have ability that is not always measured by high test scores and top grades — that they are chosen not for the magnitude of their achievements but for their capacity to invent, not for what they know but for what they can imagine.”

Harvard exposes students to diverse points of view and trains students across many disciplines. It also enables students to work with senior faculty, a type of relationship through which “each learns from the other: the deepest knowledge joins with the freshest point of view.”

As an example, Faust recounted the experience of Ethan Addicott, a recent graduate of the College who concentrated in the new field of environmental science and public policy. Quoting him, the president recalled that the program gave him a broad education of the natural world and “a deep understanding of how to analyze and solve problems surrounding our complex interactions with it.”

“Ethan did not need to wait until graduate school to have access to senior faculty,” Faust explained. “He studied the Chinese energy economy with Professor Michael McElroy, head of Harvard’s China Project. Why this opportunity? Because the world needs Ethan. It needs the students in Tsinghua’s science and technology studies program, where engineering and preprofessional students work alongside future sociologists and historians, philosophers and anthropologists, who can put research and policy decisions into a broad social and historical context.”

Concluding her remarks, Faust returned to the Chinese adage she had cited at the outset. “Universities have the unique capacity and a special responsibility to fulfill the promise of that dream,” she said. “Let us not waste a moment. It is already the second-best time to plant a tree.”

To read the full text of President Faust’s speech, visit her website.