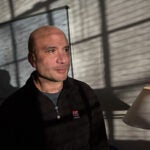 From prison to poverty

It was Polybius, the ancient Greek historian, who first postulated the cyclical nature of politics and the notion that history repeats itself. When it comes to the long-running Greek debt crisis, which has re-emerged as an international economic threat, his advice remains a strong argument for listening to your elders.

While the eurozone, and indeed the world, await further details of the proposed Greek bailout extension, three international policy and economics experts converged at the Harvard Center for European Studies for a timely panel discussion on Monday. “What’s Next for Greece: The Economic and Political Alternatives” featured a wealth of insight into the past, present, and future of the country and the eurozone. Discussions centered on the recent Greek elections, the nature of its debt and how it grew out of control, and the policies that led to financial chaos. Dimitris Keridis, associate professor of international relations from the Panteion University of Social and Political Sciences in Athens, spoke first on behalf of his compatriots.

“Optimists think there will be an end to the Greek drama. I don’t share that optimism,” he said, setting the tone for the night. To finalize the deal with its eurozone partners, Keridis asserted that the government of Greece “must present a list of painful reforms and fiscal measures.” He expressed doubt that Prime Minister Alexis Tsipras, who rode to victory on an anti-austerity platform, would be able to lead the country out of fiscal instability, let alone fulfill his political promises. Keridis criticized Tsipras’ populist platform, as well as the new government’s antithetical approach to basic tenets of European economics.

“The new government is no friend of Keynesianism or, for that matter, of social democracy,” he said.

In an effort to uncover the driving forces behind the financial distress, Dante Roscini, professor of management practice at Harvard Business School, utilized a data-centric lens, basing his arguments on a variety of economic indicators and metrics. He said that rampant corruption and “endemic” tax evasion in Greece were the main sources that fueled the financial meltdown. Roscini also summed up the recent efforts to extend the bailout as an exercise in “kicking the can down the road,” claiming that the current course will likely bring the country back to an identical crisis in four months. He emphasized that only real and quantifiable growth could be the “solution to Greece’s economic woes” and needed to be an integral part of the international conversation.

The final speaker, Sir Paul Tucker, senior fellow at the Mossavar-Rahmani Center for Business and Government at Harvard Kennedy School, rallied behind the notion of rebuilding Greece’s shaky foundations.

“The key conditions have to be about state building. State building is hard, particularly under duress,” said Tucker, to nods from his fellow panelists. Citing London’s bookmakers’ assessment of a 30 percent probability for a “Grexit,” he warned of a domino effect for other struggling nations in the area, such as Portugal and Italy, if Greece were to depart the eurozone.

“Do they take the great step of it becoming possible for a country to leave the euro area? … I doubt they will take that risk.”

In the wake of talk about a possible third recession and further austerity, along with acknowledgment of the failures of the Greek government and its institutions, Keridis offered a somber concession to cap the discourse: “The chickens [have] come home to roost ― and they are thoroughly roosted.”