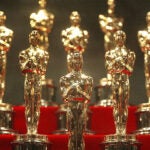 Eric Nelson, the Robert M. Beren Professor of Government at Harvard, has been named a finalist for the 2015 George Washington Book Prize. One of the nation’s largest and most prestigious literary awards, the prize recognizes the best new books on early American history. Now in its 11th year, the award recognizes works that not only shed new light on the nation’s founding era, but also have the potential to advance broad public understanding of American history.

This year’s honorees spark new thinking on the American Revolution: its causes and principles, the meaning of liberty and freedom in the young democracy, and the impact of the revolution that reverberated throughout the 18th-century Atlantic world. Nelson’s “The Royalist Revolution: Monarchy and the American Founding” (Harvard University Press) turns upside-down the conventional image of the war as a rebellion against a tyrannical king.

Nelson is also the author of “The Hebrew Republic: Jewish Sources and the Transformation of European Political Thought” (2010) and “The Greek Tradition in Republican Thought” (2004).

The award is sponsored by the Gilder Lehrman Institute of American History, George Washington’s Mount Vernon, and Washington College. The winner of the $50,000 prize will be announced at a black-tie gala on May 20 at Mount Vernon.