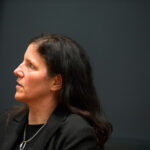 As The Harvard Campaign demonstrates its early impact across the campus and around the world, the University announced today that $5 billion has been raised in support of this effort.

That figure represents more than 300,000 gifts and pledges made to the campaign through the end of last year.

“From increasing financial aid to supporting cutting-edge research and creating a campus for the 21st century, we are already seeing that this campaign is having an impact,” said Tamara Elliott Rogers ’74, vice president for alumni affairs and development. “The incredible generosity of our alumni and friends will make a difference for generations to come.”

Publicly launched in September 2013, The Harvard Campaign is the first such effort that includes all of Harvard’s Schools. The campaign seeks to shape the future of education with a focus on University aspirations, including advancing new approaches to teaching and learning, attracting and supporting the best students and faculty, creating a campus for the 21st century, and supporting multidisciplinary research.

Beyond campus, the campaign has also brought together Harvard communities around the world. The “Your Harvard” series has traveled abroad to London and Mexico City, and visited New York, Los Angeles, and Dallas. Thousands of alumni and friends have joined President Drew Faust to hear her vision for the future of the University and learn about the fields that faculty are exploring.

This year’s stops will include Seattle (Feb. 23), Beijing (March 15), and Chicago (May 6), with more to come as the campaign continues in the years ahead.