A different kind of drug research 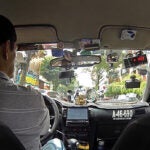 The makeover of Mexico City

Q&A on the U.S. ‘war on drugs’ and what approaches might make a difference

What have we learned from the United States’ 40-year “war on drugs”? How can we use that knowledge to develop better public policies? An array of experts convened at the Radcliffe Institute for Advanced Study for a two-day seminar to ask those questions and start answering them.

The 18 participants in the sessions Jan. 29 and 30 included Keith Humphreys, professor of psychiatry at Stanford University; Charles A. Nelson III, professor of pediatrics and neuroscience at Harvard Medical School and Boston Children’s Hospital; Patti B. Saris ’73, J.D. ’76, a federal judge and chair of the U.S. Sentencing Commission; and Hubert Williams, past president of the Police Foundation. The seminar co-leaders were Philip Heymann, J.D. ’60, the James Barr Ames Professor of Law at Harvard Law School, and Mathea Falco ’65, president of the nonprofit research institute Drug Strategies.

The multifaceted group explored issues such as: Has this been a war on drugs or a war on drug addicts? What is the societal value of the massive expenditures on incarceration? And how can addiction be understood as a pediatric disease?

In a question-and-answer session with Alison Franklin, director of communications at the Radcliffe Institute, Heymann and Falco shared why, even while looking back, they are looking ahead.

FRANKLIN: What was the impetus for this seminar?

HEYMANN: Since President Richard Nixon declared war on drugs in 1973, the United States has invested hundreds of billions of dollars and countless human resources in trying to reduce domestic drug abuse. Under Republican and Democratic administrations alike, approximately three-quarters of total federal anti-drug spending has supported efforts to control the supply. The remaining quarter has funded prevention, education, and treatment initiatives. Yet illicit drugs are cheaper and more readily available, and drug abuse and addiction have remained at high levels.

FALCO: We need a different approach shaped by research and data. What can we learn from experts from a wide range of disciplines who are often not included in discussions of drug policies in this country? This is a pivotal period of policy transition, both at the state and the federal level. We anticipate that our seminar will result in a thorough review of the evidence emerging from multidisciplinary research to support or refute the assumptions underlying past policies.

FRANKLIN: How different is today’s war on drugs than when it was first declared by President Nixon?

HEYMANN: It’s essential that we look at unintended consequences of our past policies — not only the skyrocketing incarceration rates but also market forces. The conventional wisdom guiding the war on drugs has been that reducing foreign production of heroin, marijuana, and cocaine would reduce their availability in the United States. However, the evidence suggests that foreign eradication programs have had little impact, both in reducing drug production in the source countries and in affecting prices within the United States, and there have also been adverse foreign policy consequences for our government.

For example, U.S. pressure on Mexico to eradicate marijuana cultivation, beginning in the late 1970s, accelerated illicit cultivation in the United States. Within two decades, the United States had become the leading producer of high-quality illegal marijuana for the U.S. market. By 2000, experts estimated that after corn and soy beans, marijuana was the largest agricultural crop in the country.

FALCO: We know that drug abuse is a big and unwieldy problem; effective responses will not be found in political ideology. The Radcliffe Institute is an ideal venue for this exploration because of its commitment to developing new approaches to policy issues that reflect a broad spectrum of professional and academic expertise.

HEYMANN: We are focused on identifying new approaches that are beyond ideology. They may be radical in their novelty, but that’s what we think is required.

Some of the questions our experts discussed included: Would a cashless society reduce drug-related violence? Why, when anti-drug enforcement increased, did prices for many street drugs decline? Which drug policy reforms are endorsed by the far right and far left? How could risk assessment be brought into sentencing?

Exploring those questions and others is the way to find promising approaches to tackle entrenched problems.

FRANKLIN: Can you give an example of conventional wisdom that was challenged?

FALCO: There is a divergence between public perception and actual research related to the costs, benefits, and success rates of drug treatment. More than half of Americans believe that drug treatment doesn’t work, primarily because many addicts relapse multiple times. However, research over the past three decades shows that addicts who stay in treatment (which can include 12-step meetings) often succeed in remaining drug-free or in significantly reducing their drug use so that they can lead stable lives. Even more important (and not widely recognized) is research that shows that the cost of keeping addicts in treatment is lower than costs incurred if they were not in treatment — and also much lower than addressing addiction through enforcement and incarceration, where two out of three drug offenders are rearrested within three years. So this is about studying drug treatment not as a matter of rhetoric or anecdote but as an issue on which there is expertise and statistically significant research. This is the kind of work we think can get beyond partisanship and lead to progress.

FRANKLIN: What’s next for this multidisciplinary approach?

HEYMANN: We will produce a summary of the evidence supporting or refuting the assumptions underlying past policies. This summary will be sent to legislative and executive leaders, providing a more solid framework for recommendations about future policy and for research directions that can illuminate what works and what does not in addressing the nation’s concerns about reducing illicit drug use and its related problems.