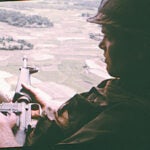 The nation is divided between those “who think with their head and those who know with their heart,” Stephen Colbert told viewers in 2005 as he explained his concept of “truthiness” to the world. During an episode of “The Colbert Report,” the comedian, acting as his alter ego, a self-important, conservative political pundit, argued that thinking is pointless when you can just feel the truth with your gut.

Colbert’s biting bit added a new catchword to the American lexicon (truthiness was Merriam-Webster’s word of the year) and it touched a cultural nerve. It took aim at larger-than-life personalities who “say whatever comes to their mind with no particular attention to what we might call the truth warrant,” and reflected a postmodern skepticism about truth, said developmental psychologist Howard Gardner in a speech Tuesday at the Harvard Graduate School of Education.

In 2000, Gardner’s book “The Disciplined Mind: Beyond Facts and Standardized Tests, the K-12 Education That Every Child Deserves” argued for a K-12 curriculum that embraced beauty, truth, and goodness. Eleven years later, his retake, the book “Truth, Beauty, and Goodness Reframed: Educating for the Virtues in the Age of Truthiness and Twitter,” examined how postmodern cynicism and the cyber age had threatened those core virtues.

This week, Gardner revisited the topic in the first of a three-part, weekly lecture series. The discussions are aimed at delving further into how conceptions of those virtues have continued to shift, and what people, and especially educators, can do about it.

Gardner, Harvard’s John H. and Elisabeth A. Hobbs Professor of Cognition and Education, kicked off the series by discussing truth. (The second and third lectures will explore beauty and goodness, respectively.) Truth, or the accuracy of statements or propositions, is tested, he said, by a postmodern philosophy that “challenges received notions” of what truth is.

That skepticism is reflected in the way many Americans keep up with what’s happening in the world. Years ago, three major networks and a handful of respected newscasters recapped the day’s events with unquestioned authority. Walter Cronkite famously closed his news broadcast with the catchphrase “And that’s the way it is.”

Today, millions tune in to hear what satirists Colbert or Jon Stewart have to say about current events. “You infer what the news story is from how they make fun of it,” Gardner said. “This would have been inconceivable 50 years ago.”

But skewering newsmakers, he added, often means skewering the truth. “Basically what Stewart and Colbert do is to say, ‘You can’t really believe what people are saying in press conferences and press releases.’”

Technology further challenges and complicates notions of truth. In an age of social media, virtual realities, and ubiquitous hackers and cyber bullies, establishing what is true, or whom or what to trust, is increasingly complicated.

One way forward, suggested Gardner, is to “go beyond the notion that there’s a fixed body of truths located in books or in Wikipedia entries anywhere, and focus instead on when somebody makes a statement, on what basis did they make that statement; what was the evidence?”

Getting to the truth also involves a close investigation of how others learn. While more traditional forms of classroom instruction are valuable, he said, it’s also critical to study how people “go about doing what they are doing.”

“We learn the best about how historians work, how economists work, how scientists work … [by] watching them at work, seeing how they tackle a problem, seeing what they do. … There isn’t a single truth, but rather there are truths in different fields, and we have to learn how people in those fields make truth judgments.”

Being open to new perspectives, an ability to change past perceptions, and an understanding of one’s own prejudices and biases are other keys to parsing the truth, said Gardner. One should also be prepared to think about things in entirely new ways.

“We have to update, just like a good computer file. If you are thinking the same way that you did 50 years ago, that’s not good.”

Thought revolutions, such as Nicolaus Copernicus’ theory of the universe that placed the sun at the center of the solar system instead of the Earth, Charles Darwin’s groundbreaking theory that life evolved over millions of years, or Sigmund Freud’s theory of the unconscious, fundamentally changed how people think.

New data emerges all the time, Gardner said, “and we need to pay attention to that.”

The Harvard professor has taken his own advice. In his 2011 book he claimed that anybody “willing to work hard enough can finally figure out what’s really going on.” On Tuesday he said he believed the statement more five years ago than he does today. “What I would say now … [is] it’s much better to continue to strive to figure out what’s going on, knowing that you may not be completely successful, than to give up and say ‘It’s all noise, it’s all power, it’s not even worth the effort to find out.’”

Educators play a key role in that regard, said Gardner. Unless teachers believe that as a result of their teaching, students are better equipped to evaluate what they read and hear, “then we are not serving them very well.”