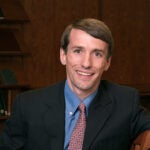 Some child, left behind?

The grief and horror brought on by last week’s atrocious attacks in Paris are prompting anew a conversation about terrorism, religion, integration, and multiculturalism in France and elsewhere in Europe. In an email exchange, the Harvard Kennedy School (HKS) asked Adjunct Professor Muriel Rouyer, a French citizen living in the United States, to provide her perspective on the events and what lies ahead for the citizens of France. Rouyer’s research focuses on judicial and transnational democracy and mobilizations, constitutionalism, European and French feminism, and French politics.

HKS: Hundreds of thousands of people marched in solidarity in Paris over the weekend, showing their support and unity in light of the attacks. Can the French people and their leaders seize this moment to begin the conversation about greater integration and multiculturalism?

ROUYER: There were actually millions of people marching. The debates over integration and multiculturalism have a long and complicated history in France. The bitter struggle between the church and the Republic culminated at the start of the 20th century with a strict separation of religion and state, laïcité, which became an organizing principle of the republican state and gradually pacified French society. But the tension between religion and secularism has re-emerged, in particularly contested form, with regard to the Muslims and their place in the country. The French have been living with these controversies for several decades now.

What we have now, however, in the wake of this tragedy, is a great, symbolic moment and opportunity to open an honest conversation about these matters in a much more positive and constructive way. There is, at least for now, political momentum. France has awakened to a powerful civic sense of unity and support for freedom, which appears to be quite inclusive. The marchers over the weekend not only honored the memory of the free-thinking cartoonists of Charlie Hebdo, but also of Ahmed Merabet, the Muslim policeman assassinated by the terrorists, of the Jewish victims in the attack in the kosher supermarket, and of Lassana Bathily, the young Muslim and Malian employee in this supermarket who has become a national hero for hiding and saving 15 people.

The French people have perhaps realized, through this trauma, that they live in a diverse society and that painful effects of hegemony, power, and inequality have poisoned the relationships within this society. A common refrain now is “No Amalgamation” (between Muslims and radical Islamists) and the government has announced the deployment of 10,000 troops — more than the number of troops abroad — to keep the domestic peace and security, particularly in places of worship and schools. The rare retaliation acts against Muslims are widely denounced and will be punished. However, being a diverse community in a world of global political violence is not easy. Many in the Jewish community feel threatened, and the Israeli prime minister has tried to encourage French Jews to immigrate to Israel. The conversation cannot be just about multiculturalism and integration. There will also have to be a frank discussion of French policy in the Middle East, its involvement in the war on terror, and especially the Israeli-Palestinian conflict, which serves to fan internal flames in France. But for what they can control, hopefully the French are now ripe — they have no choice — for a politics of accommodation.

HKS: How do the attacks affect the political fortunes of the nation’s leaders?

ROUYER: It was very striking to read in the French press that the political elites want to “live up” to the French people and, having been impressed by their dignified reaction, want to avoid divisions and do more bipartisan work. Political parties as such were not allowed in the demonstration — and this excluded Marine Le Pen’s National Front, which many observers believe might benefit from any backlash against France’s Muslim population.

All this says a lot about the public’s general lack of trust toward its representative elites. The French people often prefer the streets to the ballots when trying to effect change or support a political position. In this context, President Hollande has, so far, done well in this crisis. By mingling with crowds and praising the exemplarity of the people, while giving a personal example of restraint, he has boosted his popularity, which was historically low in the polls just before the attacks. The press has been complimenting his leadership in this tragedy, and he has had the benefit of European and international support — his companions in the front line of the demonstration included several European and world leaders, including some dubious ones in terms of protecting the freedom of the press.

Even the center-right press has been complimentary, especially of Prime Minister Manuel Valls for his anti-terrorist stance. This meant stealing the show from former President Nicolas Sarkozy, who was at the march, but not in first line, despite his best efforts (and who has been recently plotting a political comeback). As for Marine Le Pen, immediately after the attacks she was on public radio trying to capitalize on the fear of Islam, but she has since been ostracized from the French national “Sacred Union,” and now seems marginalized. But this may not remain the case for long — her party thrives on being stigmatized and excluded from the mainstream political stage.

HKS: What can the French government do to help improve relations with the Muslim community and to help provide greater opportunities for Muslim youth in the country?

ROUYER: The French government needs to make sure that the promises of French republicanism (“Liberté, égalité, fraternité”) effectively apply and are made available to the members of the Muslim community. (“Muslim” is actually a misleading term, because it includes many people who are not very or even at all religious — it is really a code word to describe French citizens of North African origin, whose parents were former colonial subjects.)

This includes freedom of and from religion (for instance, this means making sure that mosques are protected — as synagogues are, but de facto, and contrary to what has been announced, they are not), and economic and social justice. Until now, this has not been the case and Muslims, while holders of rights like any other citizens, still suffer from all sorts of exclusions. They live in poor, marginal neighborhoods; they are still discriminated against and racially profiled when looking for work or housing or just going out at night; and they were publicly stigmatized for their cultural and religious practices.

The deep frustration in the face of this huge gap between the French promise and the reality of their lives, along with strong feelings of cultural and economic alienation, made this violence — incited and manipulated by fanatics — more likely. The government should pursue a much more positive, proactive, and dynamic policy toward this community, aimed at better integration of marginalized communities, including a much more tolerant version of secularism — what in France is called laïcité. The government needs to empower Muslims as crucial interlocutors and stakeholders of a democratic, multicultural polity, giving them a voice and integrating that voice in a pluralist, republican sphere. On the economic side, it would help if the crisis in France ended. But the solution to that problem is now in the hands of the European Union, which continues to insist on its unhelpful austerity policies.

HKS: How can and should the EU work on the regional level to improve economic opportunity, enhance social cohesion and lessen the terror threats facing member countries?

ROUYER: The attacks in Paris have triggered the immediate convening of the European ministers of interior affairs to coordinate their anti-terrorist response, and Europe has also worked closely with the United States, though Europeans in general remain reluctant to [engage in] what they perceive as an American-style reaction (i.e., a “war on terror,” Patriot Act-type legislation, the creation of a surveillance state, etc.).

In the long run, the EU clearly has a “human security”/soft power agenda, which favors economic development and social cohesion over war and coercion. The EU wishes to extend to its neighbors, particularly the unstable Middle East/North Africa (MENA) region, the successful recipes of its own model of integration, where political benefits (peace and stability) derive from the liberalization of trade and the supranational integration of markets. The EU already has several free-trade agreements with MENA countries, and the latter consider them as a great economic opportunity to develop, Morocco being a particularly successful case.

Two caveats, though: Since the euro-crisis, the EU is much less credible than it used to be, and must urgently put an end to the crisis. This will entail a drastic re-evaluation of the economic policy choices that have been made so far (austerity rather than stimulus) and may accelerate the fiscal federalization of Europe in which many national leaders, particularly in Germany and other Northern European member countries, have been so reluctant to engage. And the EU must take democracy in the Arab world seriously and give more credibility to the democratic conditionality of its trade agreements, which, before the Arab Spring, included dubious dealings with unsavory dictatorships. It remains to be seen whether a region still mired in deadly conflicts and political and religious violence is amenable to the peaceful logic of interests that Europe finally arrived at following a century of wars.