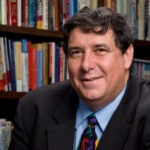 Harvard health experts anticipated bold pronouncements on tobacco control, obesity, and mental health this week, as they digested the news that Harvard Medical School physician Vivek Murthy had been confirmed by the Senate as U.S. surgeon general.

President Obama’s nomination of Murthy had been held up more than a year by concerns over his position on gun control and support for the Affordable Care Act. The path opened on Monday after a procedural block by Republicans was suddenly lifted. Murthy’s areas of focus, as outlined in a February Senate hearing, will include smoking, obesity, mental illness, and infectious disease.

Harvard health experts voiced their support, saying that strong leadership is needed in those areas, as well as on the politically fraught issue of gun control.

John McDonough, a professor of the practice of public health and a specialist in health care reform, said that Murthy is highly intelligent, innovative, and entrepreneurial. He also cautioned that the position has been weakened in recent years.

Before the administration of George W. Bush, the surgeon general was also typically appointed as assistant secretary for health in the Department of Health and Human Services, McDonough said. That position, which oversees the Office of the Surgeon General, provided past surgeons general with more administrative power than the surgeon general’s post holds on its own. In addition, McDonough said, coming aboard so late in Obama’s second term may limit Murthy’s impact.

The surgeon general, often described as “America’s doctor,” serves as head of the U.S. Public Health Service and is the nation’s leading voice on public health matters. The position has a mandate to inform citizens on health-related scientific findings. Past surgeons general have taken strong stands on issues such as tobacco, AIDS, youth violence, and skin cancer.

“The power is to shine a spotlight on neglected or misunderstood challenges to public health in the U.S.,” McDonough said.

The surgeon general’s landmark 1964 report linking smoking and cancer is often cited by health experts in discussions of the role’s game-changing potential.

Frank Hu, a professor of nutrition and epidemiology at the Harvard T.H. Chan School of Public Health and of medicine at Harvard Medical School, said that a similar game-changing report is needed to fight obesity, which long ago reached epidemic proportions. The crisis costs some $147 billion annually, according to the U.S. Centers for Disease Control and Prevention.

“The obesity problem is a very complicated problem,” Hu said. “There’s no single magic bullet to deal with [it]. That’s why we need national leadership and a multi-sectorial approach. We live in a very obesity-genic environment, a very toxic environment. … It’s important for the surgeon general to elevate this issue to a national priority.”

McDonough agreed that obesity stands at the forefront of issues demanding attention, though he pointed out that some of Murthy’s work in the area may already have been done. The Affordable Care Act required a surgeon general-chaired National Prevention Council to report on preventing health ills and to create a national prevention strategy. That document, released in 2011, was both “wonderful and woefully neglected,” McDonough said, and awaits an implementation strategy.

“Murthy can breathe new life into that document,” McDonough said.

Ronald Kessler, the McNeil Family Professor of Health Care Policy at Harvard Medical School and an expert on mental illness, said that Murthy’s discussion of mental illness as a priority has been welcome — and appropriate.

“Mental health is an incredibly neglected area. … Major depression is the No. 2 disabling condition, with respect to lost productivity, in the world,” Kessler said.

Mental illness is not just dangerous in its own right, Kessler said, but a factor in physical well-being. Heart disease patients, for example, have higher rates of depression, while those with cancer have higher rates of anxiety. The systems for diagnosing and treating mental and physical ailments traditionally have been separate, an arrangement that Kessler said does a disservice to patients struggling with both.

“There’s a lot of evidence showing that neglecting the psychological piece gets in the way of dealing with the physical piece,” Kessler said. “It’s not only that mental disorders are important in their own right, but they’re a really integral piece of understanding how to deal with people’s physical health problems.

“It would be great if, in his tenure as surgeon general, he tried to tackle that in a way that does both a better job of recognizing mental health problems and of integrating the diagnosis and treatment of mental disorders in the context of the broader health system.”

Gun violence in the United States has reached the level of a public health concern, Hemenway said, a view Murthy supported in a 2012 tweet that raised the ire of gun-control opponents.

“It’s appalling to me that here’s someone who basically says gun violence is a public health problem and because of that they try to prevent him from being surgeon general,” Hemenway said. “I mean, if he didn’t say that, he’s not qualified to be surgeon general.”

Hemenway said the central issue — that U.S. society is awash in guns — appears unlikely to change in the short term, but that a difference might be made on aspects of the problem, such as gun-assisted suicide.

Research shows that having a gun in the home is a risk factor for suicide, Hemenway said. In fact, he said, disparities among state suicide rates can be almost entirely explained by the prevalence of guns in the home, because suicide attempts with a gun have a much higher chance of succeeding than those by other methods.

Further, he said, lowering the gun suicide rate would not be just a nibble at the edges of the broader problem, since the annual number of gun suicides is actually significantly higher than that for gun-related homicides.

“We know that so many suicides are pretty spontaneous, and the desire passes,” Hemenway said. “The policies [needed] are not so much government policies, but to change social norms. Just as friends don’t let friends drive drunk, if a friend is going through a rough patch, make sure they don’t have easy access to guns for a little bit.”

Past surgeons general have been key leaders against tobacco-related illness. Vaughan Rees, for one, hopes that work continues.

Rees, the interim director of the Harvard Center for Global Tobacco Control, said that the surgeon general’s leadership on the issue is still needed. Potential areas of action include tobacco marketing and promotion strategies that target vulnerable populations, such as children, low-income individuals, and those with low levels of education.

“That’s where the surgeon general comes into his or her own, championing leadership around new initiatives and protection of the health of those underserved communities,” Rees said.