Deceiving with the truth 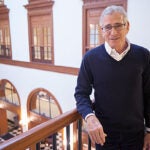 It was a deft explanation that, to many observers, gave credence to the nickname “Slick Willie.” President Bill Clinton, facing increasing questions about his relationship with White House intern Monica Lewinsky, appeared on PBS’s “NewsHour” with host Jim Lehrer on Jan. 21, 1998, to deny allegations of an affair with “that woman, Ms. Lewinsky.”

Lehrer: ‘No improper relationship’: Define what you mean by that.

Lehrer: You had no sexual relationship with this young woman?

Clinton: There is not a sexual relationship. That is accurate.

Of course, there indeed had been a sexual relationship, but at the time of this exchange, Clinton and Lewinsky were no longer involved, making Clinton’s declaration that there “is not” a relationship technically true — but also misleading to anyone not attuned to the president’s lawyerly linguistic parsing.

Clinton’s statement — not quite a lie and not quite truthful — is a memorable example of a surprisingly common, deceptive practice called paltering, according to a recent working paper from faculty at Harvard Kennedy School (HKS), Harvard Business School (HBS), and the Wharton School. The team studied the risks and rewards of selectively disclosing factual but incomplete pieces of information during business negotiations.

“Paltering is when a communicator says truthful things and in the process knowingly leads the listener to a false conclusion. It has the same effect as lying, but it allows the communicator to say truthful things and, some of our studies suggest, feel like they’re not being as deceptive as liars,” said Todd Rogers, a behavioral scientist at HKS who co-authored the paper with Richard Zeckhauser, the Frank Plumpton Ramsey Professor of Political Economy at HKS, along with negotiation scholars Francesca Gino and Michael I. Norton from HBS, and Wharton Professor Maurice Schweitzer.

Paltering will sound familiar to anyone who’s had a job interview or gone on a blind date, and may appear benign or even admirable, like the hallmark of a shrewd negotiator or a polished self-marketer. But, Rogers says, unlike a lie of omission, paltering is a deliberate tactic designed to distort another’s view of a situation, not a simple failure to volunteer relevant information. At its core, paltering is about manipulation to gain the upper hand.

“Yes, it is self-presentation, it is trying to put your best foot forward and trying to present yourself as the best version of you, but in the process, knowingly misleading the other person,” he said.

Paltering is an area that hasn’t been well-studied. Rogers was inspired to dig into it while working on a paper with HBS’ Norton about how politicians dodge questions during debates and about whether the public notices or punishes them for not answering properly (it doesn’t). “They often actually say things that have the feel of answering it, but lead people to a strategically guided conclusion that may not be true — that’s what sort of prompted this broader project,” he said.

Building on prior negotiation findings of behavioral scientists such as HBS’s Gino and Max Bazerman, the working-paper team ran several studies to assess the attitudes, benefits, and risks of artful paltering. In one study of 65 mid- to senior-level managers enrolled in an executive-education course at HBS, 66 percent reported paltering in most (22 percent) or some (45 percent) of their deal-making. Ninety-two percent of the managers said they palter in order to get a better deal, while 80 percent reported that when they palter, they think of it as honest.

The paper finds that not only does paltering lead to heightened negotiating impasses because critical information is left out, thus hampering decision-making, but if those key details are discovered the palterer’s reputation may be damaged, leading to the loss of future deal-making opportunities.

Paltering is effective and offers some benefits, but it’s not entirely without risk, the paper concludes. Palterers often get away with their deceptions because it’s hard for a counterpart to ferret out enough missing, relevant facts to detect that they’ve been fooled. And because palterers are rarely confronted with accusations of lying, they are typically emboldened to try it again because their conscience is clear. Even if caught, they’re often judged by outside observers less harshly than if they had lied outright.

“It’s a deception that leads the deceiver not to feel as bad about themselves” because it’s not viewed as negatively as lying, thus a person’s “self-image and self-concept is not as violated by paltering,” said Rogers.