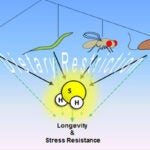 A team of researchers led by Harvard geneticist George Church at the Wyss Institute for Biologically Inspired Engineering and Harvard Medical School (HMS) has made big strides toward a future in which the predominant chemical factories of the world are colonies of genetically engineered bacteria.

In a new study, scientists at the Wyss Institute modified the genes of bacteria in a way that lets them program exactly what chemical they want the cells to produce — and how much — through the bacteria’s metabolic processes. The research was reported in the Proceedings of the National Academy of Sciences (PNAS).

The concept of metabolic engineering, or manipulating bacteria to synthesize useful chemicals, is not new to synthetic biologists. However, what these recent findings promise is up to a 30-fold increase in chemical output. This demonstrates a technique that allows scientists to tap an almost endless list of chemicals they can produce using any type of bacteria, such as the common E. coli, which was used in the study. Most promising, the production timescale is nearly 1,000-fold faster than the methods currently used for metabolic engineering.

The team uses evolutionary mechanisms to trick the bacteria into self-eliminating the cells that are not high-output performers. This removes the need for human and technological monitoring to make sure the bacteria are producing efficiently, and therefore hugely reduces the overall timescale of chemical production.

“We make the bacteria addicted to the chemicals we want them to produce,” said Jameson Rogers, a lead co-author of the study, Graduate School of Arts and Sciences Ph.D. candidate at Harvard School of Engineering and Applied Science, and Wyss Institute graduate researcher. “Then, we treat them with an antibiotic that only allows the most productive cells to survive and make it on to the next round of evolution.”

The technique makes a desired chemical product essential to the bacteria’s survival by modifying their DNA so that antibiotic-resistant genes are activated, but only in the presence of a certain chemical, such as the one that is desired for production. At the same time, the genetic modification makes the low-output chemical producers highly susceptible to being killed off by antibiotics. Only the most productive cells generate enough of the desired chemical to be completely resistant to the antibiotic and survive to the next round of evolution. As each evolution cycle progresses, the bacteria become more and more effective at producing the desired chemical as they use the “survival of the fittest” principle to stamp out the weakest producer cells.

“We’re using evolution to select for the cells that only serve our purpose best, making human monitoring less important to that feedback loop and instead relying on the bacteria to self-monitor their production performance,” said Church, the study’s senior author, who is a Wyss Institute core faculty member, professor of genetics at HMS, and professor of health sciences and technology at Harvard and MIT. “This is a major direction of growth in synthetic biology, where the focus has mostly been on one-off experiments until this point.”

Ingber is the Judah Folkman Professor of Vascular Biology at HMS and Boston Children’s Hospital and professor of bioengineering at Harvard School of Engineering and Applied Sciences.