A mirror to coercion 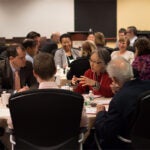 Completing an inquiry that began in 2009, on Tuesday the U.S. Senate Select Committee on Intelligence released a long-awaited executive summary of its still-classified report on the broad use of torture techniques against suspected terrorist detainees by the Central Intelligence Agency (CIA) in the immediate aftermath of the 9/11 attacks.

The summary report paints a grim and disturbing portrait, depicting a rogue agency that for years operated covert detention sites around the world, where as many as 119 prisoners suspected of being al-Qaida affiliates or sympathizers were subjected to brutal, even sadistic treatment at the hands of largely unqualified and unsupervised CIA personnel and private contractors. The document concludes that, to keep the program running, the CIA routinely misled lawmakers, the president, and the public about the scope and severity of its activities, and the value of the intelligence that such treatment yielded.

As general counsel for the Department of the U.S. Navy during much of the administration of President George W. Bush, Alberto Mora was an early critic of new authorizations by Bush and Secretary of Defense Donald Rumsfeld to allow the CIA to use waterboarding and other coercive interrogation techniques long viewed under U.S. and international law as illegal. Citing an improper legal basis for such authorizations, Mora helped lead an effort within the Pentagon in 2004 to try to halt the program.

Now a fellow at the Carr Center for Human Rights Policy at Harvard Kennedy School studying the effects that the torture program has had on U.S. foreign policy, Mora spoke with the Gazette about the report summary and what the findings suggest for the country’s future diplomatic and national security prospects.

GAZETTE: You tried to get the Pentagon to dig into this a decade ago. What was your reaction to what you’ve read so far? Was there anything that surprised you about this program, and if so, why?

MORA: I’ve only just started reading the report, so I’m only about 100 pages into it. And of course, there’s the minority response to that which I haven’t even gotten a start [on], so most of what I’ve learned is from the commentary and the synopses and newspaper articles.

Part of it is not surprising. To me, the overall conclusions are familiar in general, but all of it is surprising because of the depth of the brutality. The extent of it is truly much greater than even I imagined it to be. And this goes to how difficult it is to report this kind of issue, and how words can often mask the horror of these techniques. Like the “stress positions,” it rolls easily off the tongue, but to be shackled standing up for a week, it’s unthinkable — the physical effects, the trauma that something like that would create. It would not be considered one of the principle torture techniques, yet it is torture. That certainly continues to be a surprise and engenders a renewed sense of horror.

Beyond that, the degree of the incompetence masquerading as pseudo-scientific interrogation is also staggering. The fact that these two [cited] psychologists had never interrogated anybody in their lives, had no expertise in the field whatsoever, had no Arabic language expertise, no expertise in the region, simply no background whatsoever, and yet they invented this program and sold it to the CIA for the staggering amount of $81 million over the course of the contract — and actually applied themselves some of these enhanced interrogation techniques — was a shock.

As it was, the CIA personnel involved, many of them, had zero background in this, zero training in any of this, and yet they were the ones who were then administrating and executing the program. The lack of oversight on the part of the CIA, the lack of recordkeeping or accurate reporting not only to Congress but within the administration, demonstrates a program without core, without content other than simple brutality. This is what it appears to amount to, nothing beyond the application of brutality and cruelty to the prisoners in the hope that something will shake free — nothing more than that.

Then, the fact that they misrepresented or did not fully report to the White House, to the president himself, to the Department of Justice, to the Secretary of State, and others in an attempt to circumvent or avoid congressional oversight is another truly shocking aspect of the report that represents a separate dimension that needs to be addressed as a matter of urgency.

GAZETTE: Some former CIA officials, members of the Bush-Cheney administration, and others say the report is deeply flawed because the Senate Intelligence Committee didn’t interview relevant CIA leaders. And they overemphasized negative aspects of the program while understating the value of information obtained through the use of these techniques — intelligence they say has been vital to national security. Are those valid criticisms, and how credible is this report given what you know?

MORA: I’m not quite sure how to assess that yet. Part of the reason that these people didn’t speak to the committee was because the CIA would not make them available. There was a fear of prosecution or prosecutorial exposure given the fact that when the Senate investigation started, the Justice Department was itself starting a review of possible prosecution of some of the CIA activities. So that’s what triggered … Republicans withdrawing from the investigation and the CIA not producing its individuals for questioning or dialogue with the committee staff.

What the Democrats are saying is that, notwithstanding that they did not talk to or could not talk to the CIA officials, the committee relied on oral histories which are provided in prior oral testimony given by the key members of the interrogation committee. So, to the extent that that provided accurate testimony — and of course the CIA would know whether or not it was accurate and comprehensive — to the extent that it did, then the complaint that they were not talked to lacks real substance.

Having said all of that, ordinarily one would have wanted to have had these individuals’ respond to the allegations as part of the investigative file. That’s customary. It’s regrettable that was not obtained, and the problem with that is that it lends the report to this kind of criticism, it seems to have perhaps at least a smidgen of surface validity or potential validity.

GAZETTE: The CIA internally concluded decades ago that brutally coercive interrogation techniques like those described in the report too often produced unreliable information. Why then did the agency apparently resume these practices, and on such a broad scale?

MORA: That goes to the incompetence of the agency and the fact that they weren’t really interested in a scientific approach to this. They were interested in applying brutality …

GAZETTE: There still seems to be some debate, mostly political, over what constitutes torture and whether actions that were authorized by the president and/or the Department of Justice can be deemed criminal. What’s the law here; is this settled law?

MORA: No, it’s not settled at all. I think one of the most important outcomes that any reasonable person can draw from the report is that the treatment of these detainees clearly constituted torture. The scope of the brutality is such that no reasonable person reading those kinds of techniques can have any doubt any longer whether or not this was torture. It was indisputably torture. The rectal hydrations, the rectal feedings, which were not medically required as the report reads, is nothing more than rape. The shackling to the walls for a week, the sleep deprivation for 180 hours, these are torture, and many more of these events were torture.

Now, it is true that the Department of Justice [DOJ] gave them the green light to do so in what continues to be a shocking breach of professional ethics and legal professionalism. For all the heat that the CIA and the Defense Department have gotten, I think that we need to give much closer attention to the behavior and performance of the Justice Department in this period.

What is clear is that from the president on down during the Bush administration, there was clear recognition that torture was a crime and that torture should be punished. There was never any deviation from that clear understanding, which only represents an articulation of what is black-letter law in the United States and everywhere else: Torture is a criminal act that will be prosecuted if committed. What happened was the Justice Department then redefined torture much more narrowly, allowing torture to take place, although under seeming legal cover. Going along with this is that even though Justice Department guidance and authorizations to the CIA were shocking, nonetheless they did provide some kinds of limits. One of the things I think people need to look at is the liability, or potential liability, of those who exceeded these very broad authorizations provided by the Department of Justice. It strikes me that if you exceeded the authorizations DOJ provided, then you are a candidate for prosecution.

GAZETTE: In her foreword, committee chairwoman Sen. Dianne Feinstein doesn’t make any recommendations to Congress or President Barack Obama. Where could — or should — things go from here?

MORA: My understanding is Feinstein and members of the committee are now considering remedial legislation across a range of areas. I haven’t heard yet what they’re thinking about. I would be surprised if it didn’t contain perhaps more-explicit definitions of what constitutes torture and what is prohibited activity, but I’m also virtually certain that it would contain legislation concerning effective oversight of the CIA.

But I think we all need to digest the report. There’s in a sense too much material, too much that is new, for us to immediately jump to what the next step is going to be.

In broad measure, this is the start of the reform process. This is the necessary accounting that the American people needed to have in order to then truly base their opinion as to what we did and whether it was wise and whether it was legal and whether it was moral on a factual accounting. We have that now largely, and we can draw the proper conclusions. One of them would be, for example, no longer using the euphemisms to describe this, but calling things by the proper names, and in this case it would be torture. And then, given that we tortured, how are we to respond to that kind of behavior?

This is an opportunity for the American people to reconsider what our basic rights are concerning the right to be free from cruelty and whether we’re going to rededicate ourselves to a world and a country that is less cruel, not more cruel, and to determine our national direction on this critical aspect of our values.