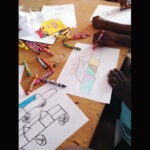 Scientists develop system that could treat a host of conditions

There’s at least one catch though. Getting genome-editing proteins into cells, where they need to be to access the genome, is a major challenge, especially in live animals or human patients.

Conventionally, researchers have delivered the DNA encoding these genome-editing proteins into cells and then relied on the cells to produce the corresponding genome-editing proteins. But many DNA delivery strategies cannot be used in animals or human patients. Other DNA delivery strategies such as infecting with viruses that inject DNA into cells can raise complicating, long-term safety issues, especially when editing the human genome is involved.

Led by David Liu, a professor of chemistry and chemical biology, and group members John Zuris and David Thompson, a team of Harvard researchers has developed a system that uses commercially available molecules called cationic lipids — essentially long, greasy molecules that carry a positive charge at one end — to introduce genome-editing proteins into cells efficiently. The team has even demonstrated that the technology can be used to modify genes in living animals. The study is described in the Oct. 30 issue of Nature Biotechnology.

“Current drugs that treat genetic diseases cannot address the root cause of the disease,” Liu explained. “Unlike infectious diseases, for example, which we treat by killing the disease-causing agent, in the case of diseases that come from mutations in our own genes, one has to go into the cells and do surgery on our genomes to fix the root cause. Thanks to recent discoveries by scientists around the world, we now have genome-editing proteins that can do the surgery. But the challenge is that these proteins, like virtually all proteins, do not enter cells spontaneously.

“In this study, we describe a method to very potently deliver genome-editing proteins into cells,” Liu added. “And we observed efficient genome modification using this method not just in cultured cells, but also in living animals.”

Though he warned that no system, including this one, will be a one-size-fits-all delivery solution, Liu believes that delivering genome-editing proteins into cells could offer hope to patients suffering from a host of conditions, including some diseases of the eye, ear, liver, muscles, and blood.

One condition that’s already in researchers’ crosshairs is deafness.

Working with Zheng-Yi Chen, associate professor of otology and laryngology at Harvard Medical School and researcher at Massachusetts Eye and Ear Infirmary, Liu and colleagues used the new system to modify genes in specialized “hair cells” in the inner ears of mice. Hair cell damage, either from environmental or genetic factors, is a common cause of hearing loss.

“The key difficulty, which has been known for decades, is that getting cargo out of endosomes is very difficult,” Liu said. “The efficiency with which a protein will spontaneously escape an endosome is very low — maybe as low as one in a million under normal circumstances.”

To develop a system that would allow for the more efficient delivery of proteins into cells, Liu and colleagues took the opposite approach, one that involved mimicking the way scientists deliver nucleic acids like DNA and RNA into cells.

That system relies on the positively charged molecules called cationic lipids, which bind with negatively charged nucleic acids to form structures called liposomes. Once formed, there are at least two ways for liposomes to deliver their contents into a cell. In some cases, Liu explained, the liposome may fuse with the cell’s membrane, releasing its cargo. Alternately, the liposome may be taken in as an endosome, and then release its contents if the liposome and endosome membranes fuse.

Importantly, the team’s experiments showed that the new system, when applied to the delivery of genome-editing proteins, results in target gene modification that is at least as efficient as the best results they observed from the delivery of DNA encoding genome-editing proteins. But Liu and co-workers showed that the specificity of genome editing — how accurately the targeted genes are modified versus modification of other sites in the human genome — was much higher from protein delivery rather than from DNA delivery.

This outcome was what the researchers hoped to see. “Following DNA delivery, the encoded proteins can be expressed in difficult-to-regulate amounts for long periods of time,” Liu said. “There has always been a mismatch between DNA delivery and the desired outcome of genome editing. In genome editing, the mission is to fix one or two copies of a gene. After a genome-editing protein finishes that mission, you want it to go away, because the only things it can do after that point are undesired and possibly harmful.

“So protein delivery, which is transient and short-lived, seemed to be a better match than DNA delivery for most genome-editing applications.”

“We hope this approach to protein delivery will help connect where genome editing is now to where the field needs to be in order to realize the therapeutic potential of these proteins to address genetic diseases,” Liu said.