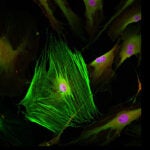 The debate in Westminster, Mass., over a plan to ban tobacco sales is an early volley in the next phase of the ongoing tobacco wars, says a Harvard expert, as tobacco opponents continue in their push to save lives.

The Westminster Board of Health voted not to implement a ban on tobacco sales after a public hearing on the sales ban in mid-November instead became a forum on liberty and government regulation, according to media reports. The raucous atmosphere in the hearing room caused board members to adjourn early and accept a police escort from the building. This week, they backed down from the planned ban, defeating it on a 2-1 vote.

But feelings are at least as intense when it comes to protecting against the proven ill effects associated with smoking and other tobacco use, said Vaughan Rees, interim director of the Harvard T.H. Chan School of Public Health’s Center for Global Tobacco Control.

The Gazette talked with Rees about the future of tobacco-control efforts in light of the Westminster clash, as well as the dramatic rise of smoking in developing countries where regulations are few.

GAZETTE: The Westminster Board of Health voted Nov. 19 against a ban on sales of tobacco products. What does that mean in Westminster and for broader tobacco control efforts?

REES: Tobacco control efforts will go on. There are a number of policy strategies, in place, that are very successful and other strategies which are being considered and which will be rolled out in the future. For example, banning sales of tobacco products in pharmacies, extending or increasing the age access laws from 18 to 21 at the local community level. So these are a couple of further initiatives we’re seeing around tobacco sales and marketing likely to be implemented across communities in Massachusetts and nationally.

GAZETTE: Does this mean that the strategy of an outright ban is not the way to go?

REES: The strategy still holds enormous promise, in terms of changing exposure to tobacco marketing among children. It’s likely to have an impact in reducing interest in tobacco use and uptake of tobacco use among young people.

But it seems that it’s only going to be promising if the community supports it as a strategy. In Westminster, it seems that it came a little prematurely, or that town officials didn’t adequately explain the policy’s rationale to members of that community.

GAZETTE: Do you see this strategy as a misstep by the Westminster Board of Health, because it generated such opposition, or is this what the tobacco war looks like these days?

REES: I think this is what the tobacco war is going to look like going forward. The tobacco-control community is now talking about the endgame, the tobacco endgame, which requires thinking about how we are going to eliminate tobacco from our communities. These are very early steps, and it seems that some of the general public are not quite prepared for this, but we’ll be seeing more and more of these kinds of debates.

GAZETTE: Is that the goal, to completely eliminate tobacco?

REES: Tobacco still causes premature death in almost a half a million Americans a year. This is a public health epidemic of massive proportions. If we’re serious about eliminating that epidemic, we have to be serious about our position on how tobacco is sold. And selling tobacco in communities is not consistent with the goals of public health to reduce the burden of disease and premature death among our communities.

GAZETTE: It seemed that this event came to be framed not as good health vs. tobacco but rather health vs. liberty. How does the tobacco-control community deal with that?

The board was not advocating that people don’t have the right to smoke; that wasn’t in question. The question was what the town of Westminster intends to do about the availability of tobacco products and the promotion of tobacco products in places where children have access, and where members of the general public come to buy other things.

GAZETTE: Is the issue of liberty — and the idea of government infringing on people’s lives — an issue that the tobacco-control community needs to deal with in a more direct way, or will the public health message alone win the day eventually?

REES: We do need to be more articulate about how we communicate the purpose and the benefits of these kinds of policies. If you think back to 10 years or so, we saw the implementation — in local communities initially, and then at the state level — of smoke-free ordinances, bans on smoking in public places, particularly bars and restaurants.

It was met with a lot of public opposition. People felt liberties were being taken away from them, but the debate put forward was one of protecting staff and protecting nonsmokers from the effects of secondhand smoke.

The health benefits were put first and foremost, while other concerns, such as loss of revenue to bar and restaurant owners, were, in time, shown to be mostly unfounded.

GAZETTE: One Westminster official described the problem of tobacco companies constantly coming up with new products as a game of regulatory “whack-a-mole,” with some of those products being aimed at a younger audience. How big is that problem?

REES: That’s a huge problem, and it’s the tobacco industry’s capacity to innovate, to develop new products, and to market them to specific sections of the community that have ensured its growth over decades. They’re better than ever at innovating new products, new product designs, marketing strategies; and now we see major tobacco manufacturers producing e-cigarettes.

GAZETTE: What about the situation globally? I read a 2005 paper you co-authored that said that in Indonesia, 20 percent of 10-year-old boys and 60 percent of adult males smoked.

REES: The United States has shown steady declines in the prevalence of smoking over several decades. Where we’re seeing very high prevalence and increasing prevalence of tobacco use is mostly in the developing world. That’s where the tobacco industry is focusing most of its efforts right now.

Many developing countries don’t have the rigorous policy interventions that we’ve seen applied successfully in the United States. So bans on sales to children and promotion of tobacco products to children don’t apply in Indonesia, and consequently Indonesia has a high prevalence of smoking among even very young children.

GAZETTE: So what happens next, in Westminster and elsewhere?

REES: In the case of Westminster, I’m not sure. I think other towns and cities may consider this as a strategy, but clearly it’s only going to succeed if there’s a degree of community support and that will depend upon local officials articulating clearly the purpose and the benefit of this policy for their communities.

GAZETTE: Is it possible that these sorts of tobacco bans can go through without contention? Is a certain amount of debate and public strife just part of the deal?

REES: I think to some extent it’s inevitable. When we saw the implementation of clean indoor air laws — bans on smoking in public places — a decade ago, those were contentious. But they’re very broadly accepted now and I think many other tobacco control measures that are considered contentious today have the potential to be implemented and broadly appreciated and embraced by the general public in the future.

There’s a lesson in this. A town went early, didn’t succeed, but I think other opportunities will come along. I think it has the potential to be a game-changer.