Obamacare, back on trial 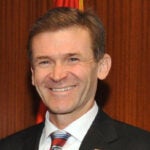 In a move that caught many observers off guard, the U.S. Supreme Court last week announced it would review one of four cases currently challenging provisions of the Patient Protection and Affordable Care Act (ACA).

Currently, qualified consumers can receive tax subsidies to help them purchase health insurance through the federal- or state-run exchanges. But the plaintiffs in King v. Burwell assert that the ACA’s language does not authorize assistance to those on the federal exchange, only to purchasers on state exchanges. Supporters of the law argue that while the phrase “established by the state” was imprecise, lawmakers clearly understood and intended to offer these subsidies to anyone who qualified, and not limit help only to consumers living in participating states.

To apply such a strict “plain meaning” reading of the law, the supporters argue, would render many other ACA provisions absurd, threaten subsidies to more than 4 million people now receiving them, and deal a potentially fatal blow to the law’s goal to ensure that Americans have affordable health insurance.

In July, the U.S. Court of Appeals for the Fourth Circuit sided unanimously with the government’s position in King. But in a related case that same month, the U.S. Court of Appeals for the District of Columbia struck down, 2-1, an Internal Revenue Service regulation that permits subsidy payouts to consumers in the 36 states that don’t provide state-run exchanges. That ruling was later vacated by the full panel.

Einer Elhauge, the Carroll and Milton Petrie Professor of Law at Harvard Law School and founding director of the Petrie-Flom Center for Health Law Policy, Biotechnology, and Bioethics, writes frequently about U.S. health care law and is the author of the 2012 book “Obamacare on Trial.” He talked to the Gazette via email about the court’s decision to take up this case, what is at issue, and implications for the ACA should the court rule in favor of the plaintiffs.

GAZETTE: Were you surprised the court agreed to hear this case, given that there’s no circuit split?

ELHAUGE: Yes. It is quite an activist move, indicating that at least four justices of the Supreme Court are not following ordinary rules of judicial restraint in this case, which counsel that the court is more likely to reach accurate decisions if it lets issues percolate in the lower courts and see if they end up divided. Perhaps the justices took the case because they figured that the disruption of removing these tax credits would be even worse later than now. But that itself suggests the justices must think there are high odds that they will remove the tax credits, especially since merely taking the case creates a risk that is disruptive to the insurance markets.

GAZETTE: The plaintiff’s argument seems to center on the basic statutory interpretation of the phrase “established by the state,” while the government’s position is essentially “we know what we meant.” Is that a fair reading, or is there more at work?

The plaintiffs’ interpretation reads the statute as trying to coerce states into setting up state exchanges by threatening to withhold tax credits that are given to other states and are necessary to prevent individual insurance markets from unraveling given the requirement of community rating. Such coercion seems unconstitutional, or at least constitutionally doubtful, under the same principle that the Supreme Court used to strike down the part of Obamacare that threatened to withhold pre-existing Medicaid funds to coerce states into agreeing to the Medicaid expansion.

GAZETTE: Given that members of Congress who were closely involved in the legislation filed briefs in the D.C. Circuit and Fourth Circuit cases saying they “well understood” the subsidies to apply to all states, critics contend the King and Halbig cases are pretexts by ACA opponents to give the court another opportunity to invalidate or gut the law. How do you see it? What is the compelling legal issue here? If this language wasn’t attached to the ACA, do you think the court would have taken it up?

ELHAUGE: Supreme Court precedent suggests that the justices are unlikely to be persuaded by post-enactment statements by legislators of what they meant. Some justices think that interpretation should just be based solely on the text and that such individual legislator statements are never relevant because they do not necessarily reflect the views of Congress as a whole. But even the justices who find individual legislator statements to be relevant require them to be made during the process of enactment so that those statements could have been considered by other legislators voting for the bill.

If this was not the ACA, I do not think the court would’ve taken the issue without a circuit split. I think the justices who decided to take the case saw the compelling issue as textualism versus purposivism, which has been a running debate on the Supreme Court for decades. But in fact that is not the real issue here, since textualism does not support the plaintiffs’ interpretation if one looks at all of the text of the statute.

GAZETTE: Is there any case law or other indications that suggest how the court may come down on this?

ELHAUGE: As noted above, the case law indicates that the court should hold that the ACA provides tax credits to federally facilitated exchanges. Whether it will so hold is another matter. On the one hand, if the arguments made to the court remain unchanged, the fact that the court took the case without any circuit conflict suggests it is more likely that the court will wrongly hold that the ACA denies tax credits to federally facilitated exchanges. On the other hand, because no one in the briefing raised the constitutional-doubts issue I note above, the Supreme Court has not had a chance to consider that argument yet, so maybe making that argument would alter the outcome.

GAZETTE: This is now the third challenge the court has agreed to hear in the four years since the Affordable Care Act was signed into law. Is this unusual, and what does it suggest about either the law and/or the court?

ELHAUGE: I am not sure how unusual it is. There were also three Supreme Court cases challenging Social Security, which came even faster, so this may be just par for the course for fundamental legislation. However, the textual unclarity at issue in this case would probably have been removed had the statute not been enacted in haste through the reconciliation process after Scott Brown was elected senator.

GAZETTE: How disruptive would a win by the plaintiffs be to the future viability of the act? Is it potentially fatal?

ELHAUGE: I think it all depends on what the states that do not now have their own exchanges do. One issue is that some of the federal exchanges actually consist of state-federal partnerships, and those might be considered exchanges established by the state even if the plaintiffs won. If they would be, the rest of the states could avoid losing the tax credit by simply announcing that the state has decided to establish an exchange that is implemented through a partnership with the federal exchange. If the state has to do more, I think many states would do so, not only because they would be denied the same tax credit given to other states even though all the states are paying in taxes, but also because without the tax credits in those states the individual insurance markets would collapse, given the requirement of community rating.

It would not surprise me if many states decided to establish their own exchanges while the Supreme Court case is pending, just to avoid the risk of such market collapse. Creating a state exchange now is easier than it would have been the first year because now the federal exchanges could simply transfer all the information and software to states that want to create their own exchanges.

GAZETTE: What are some of the fixes that Congress could implement should the court rule in the plaintiffs’ favor? How likely is that to happen given the tension around the ACA and the new Republican majority in Congress?