Fresh start at the VA 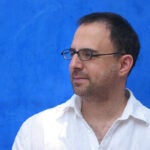 Ferguson: Through a global lens

U.S. Secretary of Veterans Affairs (VA) Robert McDonald says the troubled agency is making slow progress in getting its house in order, citing more — and more timely — appointments and authorizations to see private doctors for veterans who live far from VA hospitals.

McDonald was confirmed in July to take over the U.S. Department of Veterans Affairs after a scandal at the Phoenix VA hospital revealed enormous wait lists for appointments, resulting in delayed treatment that may have cost lives.

McDonald, speaking at Harvard Law School on Monday, said that from May to September the VA had 1.2 million more appointments than during the same period a year earlier, and 98 percent of them were completed within 30 days of the patient’s preferred time. On top of that, he said, between May and November, 1.5 million authorizations were made for private care — a 50 percent increase over the same period a year earlier — for veterans who lived far from a VA clinic or hospital. The department also is reorganizing and building more facilities.

Among ongoing issues, he described a “critical shortage” of doctors and nurses, and the need to provide better facilities for women, who are a growing part of the nation’s armed forces, and hence of its veterans.

McDonald, a former president and chief executive officer of Procter & Gamble, said that a big part of the shift has to include a heightened focus on customer service, and he’s hoping to bring on a 30-year Disney executive to help.

McDonald’s initial review of the system showed that the situation in Phoenix was not isolated. The problems plaguing the nation’s health care system for veterans that were exposed there are “systemic,” he said, and extend to broader issues than access.

He’d also like to bring more veterans into the system. Though it already serves some 9 million veterans, there are 22 million nationally, with 13 million are outside the VA system.

McDonald was the inaugural speaker in a new lecture series at Harvard Law School, the Disabled American Veterans Distinguished Speaker Series, supported by the nonprofit organization Disabled American Veterans Charitable Service Trust. The group’s past national commander, Alan Bowers, said the series is a recognition of both the work Harvard Law School has done for disabled veterans through its legal clinic, and the help that a future generation of lawyers can give to veterans fighting for their benefits.

“We can make their lives better; that’s the mission,” Bowers said.

McDonald was introduced by U.S. Sen. Jack Reed of Rhode Island, who said that the nation must take care of its veterans, particularly those struggling now. “There are young veterans homeless, couch surfing, and living in cars. We can do better,” Reed said.

Harvard Law School Dean Martha Minow, the Morgan and Helen Chu Dean and Professor of Law, said it is an honor for the School to serve America’s veterans, which it does, among other ways, through its Veterans Law and Disability Benefits Clinic, and the new lecture series.

“It is such an incredible privilege to be able to serve those who served our country,” Minow said.

McDonald gave a brief outline of the department’s three-pronged structure, with one arm, the Veterans Health Administration, responsible for clinical care at 150 hospitals, 800 community outpatient clinics, and 300 vet centers, which provide counseling, outreach, and referrals. The second arm, the Veterans Benefits Administration, is responsible for providing veterans with GI Bill education benefits, insurance, and mortgages, while the third, the National Cemetery Administration, manages the nation’s military cemeteries.

McDonald provided some historical background on the agency, tracing the VA’s roots to the Civil War. He highlighted President Abraham Lincoln’s promise in his second inaugural address “to care for him who shall have borne the battle, and for his widow and his orphan.” McDonald said that charge, extended today to the growing number of female veterans, can reach some 40 years after service has ended, because aging veterans of decades-past conflicts are the ones who need care most, and their demands on the system increase as time goes by.

“What I’d love to do for whatever time I’m in this role is build this organization as a customer service organization,” McDonald said.