The threat to Burma’s minorities 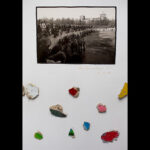 When the wall came down

Burma’s Rohingya people are being slowly squeezed from their homeland by decades-long government policies that critics say deny them citizenship, health care, work, and schooling, with such tactics punctuated by killings, destroyed homes, and tens of thousands sent to camps.

That was the picture painted by Harvard scholars and Burmese activists who gathered in Cambridge to discuss what they described as the slow genocide of Burma’s Rohingya, a Muslim minority in the Buddhist-majority country that has endured a wide array of abuse at the hands of the former military government.

Though the international community has welcomed steps toward Burmese democracy in recent years, the situation for the Rohingya has improved little, speakers said Tuesday. The Rohingya, who have a long history in Burma, which is also known as Myanmar, remain a stateless people, denied citizenship and subject not just to official oppression, but also to violence from the local Rakhine people, as evidenced by the 2012 riots that displaced 90,000 inhabitants.

In a related development, researchers at the International Human Rights Clinic at Harvard Law School released a report this week detailing alleged war crimes and crimes against humanity by the Burmese military against another ethnic group, the Karen, who live near the country’s border with Thailand.

The report named three high-ranking officers in charge of a 2005-2008 campaign against the Karen and said that villagers were “indiscriminately attacked,” civilians were “captured and executed,” and tens of thousands were displaced during the campaign.

“To break the prevailing cycles of violence in Myanmar, there is a need for concerted effort to reform military policies and practices that have fueled indiscriminate attacks against innocent civilians,” the report said. “Scrutiny into other military operations, particularly those that are ongoing, is also warranted.”

The Rohingyas’ troubles can be traced to a 1982 citizenship law that failed to list them among the nation’s indigenous people. Instead, they were classified as Muslim immigrants from neighboring Bangladesh, and denied citizenship. Subsequent campaigns have turned not just official policy against them, but also public opinion, something that would have to change for the situation to be remedied, according to Thomas W. Lamont University Professor Amartya Sen.

“In order to win this battle, I think the support of the people is absolutely essential — who have been fed lies,” Sen said.

Sen said it is important that the international community pressure the government to change its policy and restore citizenship to the group, and implement educational campaigns to change the minds of the broader population.

The Loeb House discussion, titled “The Slow-Burning Genocide of Rohingyas,” was intended to review the situation and develop a research agenda for work to provide a foundation for advocacy and identify possible interventions. The session featured several members of the Rohingya refugee community and representatives of groups interested in humanitarian issues, such as the Parliament of the World’s Religions, Physicians for Human Rights, the nonprofit China Medical Board, and the British think tank Overseas Development Institute.

Harvard faculty and researchers involved included Sen; Felicia Knaul, associate professor of global health and social medicine and associate professor of medicine; and Maung Zarni, a lecturer on global health and social medicine. The event was convened by the Harvard Global Equity Initiative, which Knaul directs, together with partner organizations.

In introductory remarks, Knaul said that research into the situation is important and that resulting evidence can inform advocacy. She also said that the problem is personal to her, since her father survived the Nazi death camp at Auschwitz and much of the rest of her family was killed in the Holocaust.

Sen said it is important that the word “genocide” not be tossed around lightly, and he acknowledged that this situation looks different from the murderous examples of Nazi Germany and 1994 Rwanda. Still, he said, the term applies in this case, with lives lost not just to the outbursts of violence, but also to the denial of healthcare and the right to work.

Malik Mujahid, chair of the Parliament of the World’s Religions and president of Justice for All, showed aerial photos of neighborhoods burned to ash. He said the residents of these neighborhoods were marched off to internment camps, where 140,000 live today, often without enough to eat.

Those Rohingya who live outside the camps are barred from attending school, holding jobs, or traveling freely. They must obtain government permission to marry and are limited to having just two children. Hundreds of them leave the country daily, he said, risking dangerous travel on overcrowded boats to become refugees in Bangladesh, Thailand, and other nearby nations.

Tun Khin, a Rohingyan refugee, was born in Burma and grew up there. He and his parents fled the country in the 1970s for Bangladesh. They were repatriated to Burma, and eventually fled a second time. Today, he is a refugee living in the United Kingdom, neither a Burmese citizen nor a foreigner. He called for support to relieve the Rohingyas’ “collective nightmare.”

Another refugee, Daw Kin Hla, said she was born in Burma in 1952 and had worked as a middle school teacher before leaving the country. Rohingya civil servants, she said, have been forced to retire or quit their jobs. Today, she said, her family is fractured, with her husband living with her in the U.K., a son in Germany, and a son and daughter in the United States.

U Ba Sein, another Rohingya refugee living in Britain, traced the oppression to the late 1970s. He said he saw people physically abused by army personnel, tied up and marched off, and heard stories of rapes and killings.

Zarni, who co-authored the 2014 report “The Slow-Burning Genocide of Myanmar’s Rohingya” in the Pacific Rim Law and Policy Journal, detailed official and popular narratives in Burma that call the Rohingya illegal immigrants, a threat to national security, “viruses” and “invaders,” a threat to Buddhist culture, and economic blood-suckers.

However, he said that contrary to the government’s assertions, the Rohingya have always lived in Burma. There are records of them dating back to the colonial period in 1790, and they were recognized by the post-independence Burmese government.

“They did not come from anywhere else. The Rohingya are there on their ancestral land,” Zarni said.