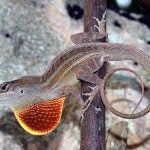 Study of lizards shows trade as a force in biodiversity

Amid rising concerns about medical errors, residents’ hours were capped at 80 per week in 2003 with shift lengths not to exceed 30 consecutive hours. To assess whether shortened residency training resulted in lower-quality physicians upon completion of residency (as measured by health outcomes of patients treated by newly independent physicians), Anupam Jena, assistant professor of health care policy at Harvard Medical School, and colleagues at Stanford School of Medicine studied data from more than 4 million Florida patients between 2000 and 2009.

The findings, published today in the October issue of Health Affairs, show that the reforms did not adversely affect the quality of physicians who trained during that period, as measured by their patients’ hospital length of stay or inpatient mortality.

“This is perhaps the most hotly debated question in medical education,” Jena said, “with many believing that doctors trained with fewer hours are less well-prepared for independent practice after the completion of residency.”

The movement to limit residents’ hours began in New York state in 1989 following a patient death that was attributed, in part, to mistakes made by exhausted medical residents. Proponents of the reform also believed that sleep-deprived residents were not able to learn at full capacity, thus wasting many of the hours they spent in training by working below their full potential.

Opponents of the reform feared that physicians trained with fewer hours of work or shorter shifts would lose important experience by seeing fewer types of conditions and missing out on crucial context from observing patient care over a lengthy admission that might last longer than the maximum allowable shift length under the new restrictions.

Following the reforms, studies were conducted that showed some reduction in medical errors committed by residents and demonstrated improvements in resident quality of life, but no study had been done to assess how the modification in training might have changed the quality of doctors after they had completed their training and had begun their independent practice.

“A major reason why we have no evidence on the long-term effects of duty-hour reductions on the quality of physicians completing residency is that data linking patient outcomes to physician training history has simply been unavailable,” Jena said.

The researchers created a unique data set by linking patient information from hospitals with a physician licensure registry that included details about the timing of each doctor’s education. The study compared patients’ in-hospital mortality rates and average length of stay among three categories of physicians: those who completed their residency before 2003, those who experienced partial exposure to duty-hour reforms (completing residency in 2004 or 2005), and those whose entire residency occurred after the duty-hour reforms of 2003.

One hurdle to studying outcomes of newly independent physicians who completed residency prior to the 2003 reforms is that hospital care has improved substantially in the past 15 years, meaning that one would expect hospital mortality to have improved over the study period even without changes in residency work hours and training. To address this issue, Jena and his colleagues used “senior physicians” — those with more than 10 years of post-residency experience — as a control group for comparison to newly independent physicians to account for declines in hospital mortality that would be expected to affect new or experienced physicians alike.

After adjusting for improved hospital care, the study found that hospital mortality among patients whose physicians completed internal medicine residency in 2003 or earlier (zero exposure to reduced work hours) was 3.3 percent compared with 3.2 percent among patients whose physicians completed residency in 2006 or later (three years’ exposure to reduced work hours).

Jena acknowledged that hospital mortality is a very crude measure of quality and that the study looked only at internists. Because the patients were anonymous, the researchers couldn’t track readmissions, and richer data would be necessary to measure subtler characteristics like diagnostic skills, procedural outcomes, and physician efficiency.

“Mortality, however, is the first and most important measure to evaluate, although there are many other things to consider,” Jena said.  “We are just scratching the surface.”