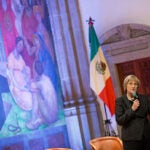 When Apple CEO Tim Cook announced the rollout of the iPhone 6 and iPhone 6 Plus last month, the most intriguing news nugget he shared had nothing to do with larger display screens or improved cameras. Rather, it was the fact that users of iPads, Apple Watches, and the latest iPhones would be able to make purchases via the company’s new, proprietary mobile payment platform, Apple Pay.

By aiming their iPhones at so-called NFC terminals, customers can access their credit or debit card information to buy goods and services without swiping or handing cards to store clerks. Retailers will record the sales by using random, tokenized numbers, rather than by including customers’ names, card numbers, and expiration dates. The system is designed to minimize the risks from widespread data breaches like those at retailers such as Target and Home Depot. Apple says the firm will not save financial or other identifying information on its servers, nor will it share customer transaction data. Major retail chains, including Whole Foods, Walgreens, and Staples, have signed on to accept Apple Pay, as have American Express, Visa, and MasterCard.

The debut of Apple Pay this week came as the company announced a record-breaking $8.5 billion in net profit for the quarter ending Sept. 27, driven largely by sales of 39 million iPhone 6 and 6 Pluses, its most successful iPhone launch ever.

Skeptics caution that Apple’s entry into mobile payments may not be the start of an iTunes-like rise to market domination. While the company’s deep pockets, strong global name recognition, and customer loyalty — particularly among young consumers — do give the company a leg up, Apple Pay does not work on older iPhone models or on Android phones, leaving plenty of room for Google Wallet, PayPal, SoftCard, and other competing services working to wean people from their cash- and card-carrying habits.

Sunil Gupta, the Edward W. Carter Professor of Business Administration at Harvard Business School (HBS), studies the impact of digital technology on consumer behavior. He is also chairman of the general marketing department and co-chairs the executive education program on digital and social strategy at HBS. Gupta spoke with the Gazette about Apple Pay, and the future implications for the company and for the way we shop.

GAZETTE: What distinguishes Apple Pay from others already in this market?

GUPTA: First of all, there’s the image of Apple as a technology leader and the fact that they can build it into the iPhone and all the other components. The second difference is, because of the brand power of Apple as well as the overall company stature, they have been able to link it with major players like MasterCard, Visa, and American Express — and not only the payment networks, but also several merchants, whether it’s McDonald’s or Home Depot and so forth. So that’s one component. The second component to Apple Pay, one of the key benefits they’re arguing more than the convenience, is the security. The merchant won’t actually see the card, but will see a randomly generated token that is for one-time use only. So with the thumbprint [ID sensor] on the phone, I think the security will increase dramatically.

And the third thing that is happening is the largest payment network companies, like MasterCard and others, are telling the merchants that the merchant terminals that they use at the retail counters should comply with a new chip that’s going to be put into these cards for security purposes, and if they don’t have the new equipment, then any fraud [that occurs], MasterCard, Visa and the banks will not be liable for. One of the biggest hassles that’s been happening for adoption is the merchants didn’t see any benefit, because they have to replace all these terminals for the NFC payments, at their own costs. But if in 2015 they need to change their terminals to comply with this chip technology anyway, there’s a good possibility they might say “Hey, might as well get the NFC-compatible terminal because the world is moving in that direction.” I think that confluence of factors might work in [Apple’s] favor.

GAZETTE: What’s in it for consumers and for retailers to use Apple Pay? Is convenience and security enough of a hook?

GUPTA: I think those things are still question marks. For the consumer, there’s not enough of a compelling reason. It’s just taking out a card versus taking out a phone. Some people will certainly be swayed by the security issue. But if you think about what Apple is going for initially, their hope is users of Apple Pay will be much more [open] for in-app purchases or purchases within the environment of the mobile phone itself rather than at the offline retail store. And once we get used to the idea, then you might find it easier to do in other places. There’s not a compelling reason for me to use Apple Pay, other than curiosity.

The only reason some of the retailers have signed up is that the association with Apple makes them seem cool, and technology leaders in some way. If I’m McDonald’s versus Burger King, and McDonald’s signs up, you feel like you’re appealing to the cool generation. Apple has that halo, and you’re leveraging that halo. But there are a lot of large retailers like Walmart staying away because they are saying “We want to control the information.” If I’m Walmart, I want to own the data because I can learn about my consumers’ habits. If I’m Starbucks, I already have the mobile app in there, so I don’t see any reason why I should link with Apple Pay. There’s been a lot of uncertainty. It’s almost like if you go back to the iPhone or iPad days. The initial notion of the iPad that I heard many people say was that “It’s just a bigger version of the iPhone. Why do I need it?” — until the apps started developing and until consumer habits changed. So it’s a chicken-and-egg problem to a certain extent. Once people start accepting it, you build up to a critical mass. But there are no guarantees, of course.

GUPTA: For example, when Starbucks built their mobile app so that people could load it with money, it took off and did quite well. The simple reason is if I’m a regular person who goes to Starbucks and there’s a long line, I can very quickly go through that, and they’ll know exactly what I want to order, everything is credited, and I don’t have to carry my stuff around. It’s not a large population, but some people found it compelling that all of the information is there, and then Starbucks will give some discounts also as a result. Typically, discounts are the easy way for companies to give some benefit, but not the only way. It has to be something stronger than that: “I find it convenient, I find it useful, I couldn’t have done it without this,” something of that kind.

GAZETTE: The idea of the “virtual wallet” has been talked about as a holy grail of sorts for quite some time, and yet most people still use cash or plastic. What’s driving Apple to jump into this market now, and what’s your sense of its potential to fundamentally change retail buying habits?

The whole battle between Apple and Samsung and Google is about keeping the customer within your own ecosystem. The reason why you and I might not change from iPhone to Samsung, even though we may think Samsung is a better phone in terms of features and benefits, is that I’m linked to iTunes, I’m linked to all that kind of stuff, so it just increases the stickiness of the consumer. If I now also have Apple Pay, then there’s one less reason to switch. For them, it’s a loyalty play. They’re not getting the data. They’re not making a whole lot of money. You can only compete with Samsung and the others on the hardware so much. So it’s just another way of differentiating yourself from the other guys.

GAZETTE: So there’s not a significant amount of money to be made from being the platform that people use to buy things?

GUPTA: Not in the near future. Yes, with a large volume, it might become reasonable, so that’s a possibility. But my sense is that the bigger play, for the time being, is on keeping the loyalty to their devices. Samsung is already becoming a big competitor, and Apple can certainly continue innovating. But at some point in time, the differences look smaller and smaller on the device side.

GAZETTE: What are the big challenges in getting customers and vendors to move away from credit cards and migrate to a mobile payment platform like Apple Pay?

GUPTA: I think it’s more psychological. We’re all creatures of habit, and we’re used to doing certain things. I’m used to pulling out a credit card and swiping it, and that’s what I do, even if you tell me it’s exactly the same. In order for me to switch, there has to be a really compelling reason. PayPal, for example, works simply because we’re not used to pulling out a credit card and swiping on our desktop. We had to input the numbers; that was a different behavior. That’s why anytime there’s a change in medium, there’s a possibility of somebody else changing your behavior. I think at the retail level, adoption will take more time than, say, within the mobile phone or in app purchases, which will be the first direction that will happen.

Right now, the system looks secure, but tomorrow who knows whether somebody can hack into your system. There’s always a new set of worries. What if I lose my phone? There’s nothing foolproof. So [Apple Pay] looks secure compared to what we have so far, but it looks secure because nobody’s tried to hack it so far.

GAZETTE: Is there a competing product or idea on the horizon that could undercut the mobile payment model, or is this the future?

GUPTA: I think mobile payment will take some time. Is there a new technology that might replace mobile payment? It doesn’t look like that right now, because I think mobile payment itself is in the early stages. So I don’t think one needs to worry about replacing mobile payments. There are a lot of challenges to begin with: Eighty-five percent of the population around the world still uses cash and checks. [Many people] haven’t even moved to cards, if you look globally. So moving to mobile will also take a decade or so. It’s not going to happen soon.

This transcript has been lightly edited for clarity and length.