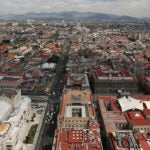 Coming up for air

It was a tiny plastic coin purse that launched an empire. Four decades ago, a Japanese dry goods company began putting colorful decorations on its humdrum products in an effort to appeal to preteen girls. That company, Sanrio, experimented with several images to see what best grabbed young consumers — a flower, a strawberry — but it was a stylized white kitten with a red bow and no mouth that hit pay dirt.

Kitty White, better known to generations of her fans around the world as Hello Kitty, is a global marketing phenomenon that generates a reported $5 billion a year and is among the most recognized corporate logos in the world. The ubiquitous Sanrio mascot, designed to convey a message of happiness and friendship, turns 40 Nov. 1.

“The question that everyone asks is: ‘Why is she so popular?’” said Christine Yano, the Edwin O. Reischauer Visiting Professor of Japanese Studies at Harvard and a professor of anthropology at the University of Hawaii at Manoa, who has studied Hello Kitty for the past 16 years. “I think it starts with a very clever, aesthetically pleasing design, which a lot can be read into.”

The character’s elegant and essentially unchanging appearance over the years, taking on only slight variations to reflect changing fashions, is a deliberate corporate strategy that adds to Kitty’s universal appeal. “This notion of always being the same but always being different allows her, in my mind, to travel not only across oceans, but within somewhere like the United States to different populations,” said Yano.

Yano recently curated “Hello! Exploring the Supercute World of Hello Kitty,” an exhibit on the pop icon’s history that opened earlier this month at the Japanese American Natural Museum in Los Angeles. While promoting the show last August, Yano started a brief Internet sensation when she told a Los Angeles Times reporter that, to Sanrio, Hello Kitty is not a cat but rather “a girl or friend.”

This week, Yano will be a featured panelist at “Kitty Con,” the first convention dedicated to all things Hello Kitty, a sold-out event organized by Sanrio to commemorate the 40th anniversary at the Geffen Contemporary at MOCA in Los Angeles.

Yano became immersed in the curious world of Hello Kitty super-fandom in 1998 while teaching a course on Japanese pop culture at the University of Hawaii that briefly referenced the character. After learning of its popularity among the anthropology department’s middle-aged, Japanese, female staffers, and its elaborately crafted backstory, Yano said she had an epiphany of sorts.

“What I found was the richness of the narrative was pretty incredible,” she said. “But the other wow moment for me as an anthropologist” was the combination of Sanrio’s unusually “rich, fictive world” with the “very human element of the fandom. I thought, now that’s something worth studying.”

She has since interviewed Sanrio employees and executives, as well as hundreds of fans, to better understand Hello Kitty’s popularity. “What I found for a lot of the fans was they like this particular cute because it comes with a kind of quirkiness. It’s the cute that can become cool.”

Yano places Hello Kitty in the continuum of kawaii, or Japanese cute culture, that grew out of the rise of girls as a powerful consumer and cultural force in Japan in the 1970s and ’80s, one that later spawned a distinctive street culture. The aesthetic embraced cuteness and spunkiness, but played with notions of female sweetness or demureness, often in an ironic or subversive manner — although at times not ironically.

“There’s a Japanese concept of play, asobi, which I think is important for us to keep in mind. There’s a willingness to play with image, to throw things together in what might even be considered almost a postmodern aesthetic,” said Yano.

Not everyone thinks Hello Kitty is so likable or benign. Some critics despise the shameless commercial ubiquity of the image, while a common Western and Japanese feminist critique centers on the character’s female identity and her absent mouth as an implicit statement of submissiveness, not a chameleon-like blank slate.

Unlike the familiar criticisms of sexually or violently themed toys like Barbie or BB guns, “Cute stuff kind of goes under the radar of the normal Western critique,” said Yano. “I think that was part of my impulse in looking at Hello Kitty. I thought cute was in some ways under-theorized, under-researched, and maybe — even from a critical stance in terms of children and what might or might not be appropriate — really forgotten.”