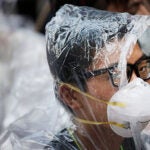 First in a series on Harvard’s longstanding ties to Mexico.

It’s a winding 2,000 miles from Harvard’s gates to Mexico’s border, from piney woods to mesquite thickets. But in recent years, the distance between the oldest university in the United States and the even older country to the south has been shrinking, in terms of partnerships and people.

Later this month it will shrink a bit more, when Harvard President Drew Faust travels to Mexico, in part to celebrate a relationship that is deep, diverse, and longstanding. Faust will participate in a “Your Harvard” alumni event in Mexico City, along with other University officials.

The relationship goes back at least to 1878, when Harvard’s Peabody Museum helped sponsor a yearlong expedition to Mexico to collect plant specimens, in the first ethno-botanical study ever done in that country. The museum’s then-director, onetime Louis Agassiz protégé Frederic Ward Putnam, continued to sponsor trips there until the eve of World War I.

To this day, the Peabody maintains a Mexican Day of the Dead altar in its Encounters With the Americas gallery — and for at least 10 years has worked with the Consulate General of Mexico to celebrate that day of mixed Christian and Mesoamerican rituals. (The celebration at the Peabody this year is Nov. 1.) But where once the University’s ties to Mexico were primarily archaeological and ethnographic, today they span every discipline and department at Harvard, from design and public health to art history, medicine, governance, law, and education.

In terms of programs, the Harvard Graduate School of Design (GSD) is positioning itself to become the go-to academic setting to study Mexico’s urbanization challenges, partly through a new program called the Mexico City Initiative. The GSD also has a research initiative underway on housing and yet another on sustainable transportation. All three initiatives are directed by Diane Davis, GSD’s professor of urbanism and development and the School’s senior expert on Mexico. Her 1994 book, “Urban Leviathan: Mexico City in the Twentieth Century,” is regarded as a classic.

“In the 1950s, Mexico City was already becoming a global city,” said architect and visiting GSD professor Jose Castillo of his hometown in a recent “Cities by Design” lecture. The city’s current pace of informal growth both baffles and excites urban planners.

Within the affordable housing component, said GSD Director of Executive Education Rena Fonseca, most of the Mexican government funding goes to a three-year cycle of programs to educate executives on the issues. In June, she said, GSD hosted the top leadership of Infonavit, a national mortgage bank that controls most of Mexico’s affordable housing market.

In another example, the Harvard T.H. Chan School of Public Health (HSPH) is accelerating the collaborations in Mexico that it began two decades ago. Dean Julio Frenk is emblematic of such connections. He was Mexico’s minister of health from 2000 to 2006, when he helped introduce a comprehensive national health plan called Seguro Popular, and worked to found that country’s National Institute of Public Health.

Mexican and HSPH officials signed a memorandum of understanding last month launching a major, five-year study of urban air quality and its health consequences, called the Mexico City-Harvard Alliance for Air Quality and Health. “It’s a moment to look back and say: We’ve done all these air quality improvements in Mexico City,” said HSPH researcher Ana Sandoval, S.M. ’15, and now “quantify that for us.”

Meanwhile, the Harvard Global Equity Initiative, an interfaculty research project, has deep ties with the Mexican Health Foundation (Funsalud) and with the nonprofit Tómatelo a Pecho. Along with improving access for the poor to palliative care, the Initiative’s focus is on developing, testing, and implementing a curriculum to train primary health care physicians, nurses, and community health promoters in breast cancer awareness, early detection, and treatment.

“Breast cancer just crept up,” said initiative director Felicia Knaul of incidence rates in Mexico and all of Latin America. “It was a shocking trend. We have to think about breast cancer as being today not only a disease of wealthy women, but of poor women.”

Mexico’s challenges — environmental pressures, urban violence, traffic congestion, faltering educational achievement — replicate problems in middle-income and developing nations around the world, making the country a draw for researchers. Mexico is a vast research laboratory, with Mexico City, one of the globe’s biggest megacities at 21 million people, right in the middle of it.

Geopolitical context puts the importance of a Harvard-Mexico connection into perspective. Mexico has 122 million people and ranks second among U.S. trading partners.

In the past 25 years, the Fundación México en Harvard, A.C., an alumni creation, has helped support more than 500 Mexican students admitted to Harvard graduate and post-doctoral programs. Disbursements so far total $11.7 million. The Fundación offices are also an informal networking site for Harvard graduates, and the go-to facilitator for University recruiters. Harvard Business School (HBS) has done case studies based in Mexico.

At the Harvard Divinity School, Davíd Carrasco, the Neil L. Rudenstine Professor of the Study of Latin America, specializes in both the past (symbolism of Mesoamerican cities) and the present (spiritual practices in Mexican-American borderlands). This fall he is co-teaching “Moctezuma’s Mexico: Then and Now” with William L. Fash Jr., the Charles P. Bowditch Professor of Central American and Mexican Archaeology and Ethnology.

Carrasco, a Mexican American, is also director of Harvard’s Moses Mesoamerican Archive and Research Project, which began 30 years ago at the University of Colorado, moved with Carrasco to Princeton, and then on to Harvard in 2001, where it resides at the Peabody. “It’s important to strengthening Harvard’s connection to Mexico,” he said of the archive, which includes among its active scholars that country’s most celebrated archaeologists and anthropologists. Later this month, the archive will sponsor a major conference on Mexican history, religion, and anthropology — the fourth in 12 years.

During the 2013-2014 academic year, Mexican students were enrolled in nine of the University’s 12 Schools. Mexico was first among Latin-American countries, with 98 students registered Harvard-wide.

A cohort of young graduates from the Harvard Graduate School of Education is busy shaking up traditions and filling in gaps. Emanuel Garza, Ed.M. ’05, even just founded a university. Classes started this month. In October, Mariana Franco, Ed. M. ’10, will launch an online platform to teach high school students how to write computer code, starting with a pilot project in Puebla.

Many within Mexico’s diaspora of graduates benefited from support from the Fundación. And what goes around comes around. Most Mexican graduates of the University return home to serve in their native land. “This is not a brain drain” of graduating Ph.D.s, said Jorge I. Dominguez, the Antonio Madero Professor for the Study of Mexico and vice provost for international affairs.

By returning to Mexico, said Paloma Merodio Gomez, M.P.A./I.D. ’13, “We can access better positions and have more impact.” After teaching for three years at New York University, Juan Vazquez, Ph.D. ’09, returned to Mexico City last year to found a creative think tank and communications business with an eye to public education and social entrepreneurship. “I really wanted to come back to Mexico and give back to Mexico,” Vazquez said.

These ambassadors of Harvard and Mexico stay in touch. More than 100 have signed up for an outdoor lecture series featuring Harvard speakers that Vazquez is launching in February. Karla Peterson, M.P.P. ’14, who just returned to work in the Ministry of Finance, acknowledged the culture of networking among the University’s graduates in Mexico, which is so fervent that “it’s like a small Harvard.”

Emilio Lozoya Austin, M.P.A./I.D. ’03, is CEO of Pemex, the national oil and gas company. (His father, Emilio Lozoya Thalmann, M.C./M.P.A. ’74, was once Mexico’s secretary of energy.) Eugenia Garduño, Ed.D. ’14, is general director of the Organisation of Economic Co-operation and Development, which collects and analyzes the nation’s statistics. Guillermo Lerdo de Tejada, M.P.A. ’13, is chief advisor to the Ministry of the Interior. Leonardo Beltrán Rodriguez, M.P.A./I.D. ’05, is deputy secretary of energy planning and transition.

In Mexico, Harvard graduates are making a difference. Said Fundación’s executive director Barbara Randolph, “There are a lot of things that come full circle here.”

To see more #harvardinmexico, come check us out at instagram.com/harvardu.