From bad to worse? 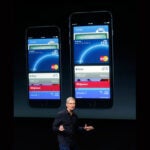 With Russia’s recent annexation of Crimea and support for rebels in eastern Ukraine, relations with the United States have deteriorated to lows not seen in decades.

But every coin has two sides, and the Belfer Center for Science and International Affairs is seeking to examine them both, with a two-day conference Friday and Saturday featuring U.S. experts in military affairs, business, and diplomacy as well as three Russian thinkers who specialize in Russia-U.S. relations. The visitors will outline their views Thursday during a panel at the John F. Kennedy Jr. Forum.

The Gazette sat down with Sergey Rogov, director of the Institute for the U.S. and Canadian Studies of the Russian Academy of Science, one of Moscow’s most prominent think tanks, to discuss the tension between the Kremlin and Washington. Rogov, whose study of the relationship dates to the Soviet era, warned that U.S. efforts to isolate Russia could push the nation into the arms of China.

GAZETTE: How would you describe U.S.-Russia relations at this point?

ROGOV: Unfortunately, we are in a very deep, deep crisis. I think the relationship has not been as bad as it is now, not since the end of the Cold War, but since the Cold War. Sometimes it looks like we are in the early ’80s, when the Soviet and American relationship was extremely bad, before perestroika and [Mikhail] Gorbachev.

I think it’s maybe premature to say we’re in a new Cold War, but we’re sliding down and have not yet reached the bottom.

GAZETTE: What do you see as being the main steps in the deterioration? Clearly Crimea and eastern Ukraine have been important in the short term, but have there been other steps along the way?

ROGOV: The long story is that since the end of the Cold War, neither the United States nor Russia developed a strategy of integration for Russia. There were many nice words, many declarations, many smiles, but in practical terms, the relationship was not very stable. We still have … some built-in problems, like mutually assured destruction. Russia and America are able to destroy each other within 30 minutes. Somehow, that’s not good for a partnership. Normally you don’t prepare to destroy your partner with thousands of nuclear warheads.

Another problem is … there is no economic interdependence between Russia and America — that makes the relationship rather fragile. And the Ukraine crisis, which started a year ago, very quickly became a zero-sum game. We saw the United States deciding to punish Russia, to isolate Russia.

GAZETTE: What is your sense of Russia’s intentions in eastern Ukraine now?

ROGOV: The situation has been evolving and the Russian position has been changing. But last month [President Vladimir] Putin pushed a cease-fire, which stopped the offensive of the rebels. If it were not stopped, they would have probably taken control of half of Ukraine because the Ukrainian army collapsed.

Putin said the problem of Ukraine should be resolved by negotiations between Kiev and Donetsk, that’s the rebel region. So it is possible, and most of the experts — Russian, American — agree that the Ukrainian problem can be resolved if the Ukrainian leadership agrees to decentralization. For some reason they’re terribly afraid of federalization, which is difficult to understand because the United States is a federation, Germany is a federation.

If you take the bigger picture, what’s happening right now is that the United States is not recognizing Russian interests. … Russia is a regional power with vital interests in three regions: in Europe, the Middle East, and what we call the Far East. And that should be recognized. That doesn’t mean that Russia doesn’t make mistakes and blunders, and there are some people in Russia who hate America, like there are some people in America who hate Russia. But … Russia is not trying to restore the Soviet Empire.

Russia responded to the Ukrainian crisis, but didn’t originate it. The crisis was originated by the European Union … which wanted to have an agreement with Ukraine and some other Soviet Republics, which have very close economic connections with Russia, because we’ve been a single market for so long.

What’s most important right now is that the cease-fire should be maintained. There is still some shooting and some people are being killed, but the number of casualties has dropped dramatically and the bombardment of the eastern cities, which was like it was in Gaza, has practically stopped.

So, if we have this cease-fire and we have negotiations between Kiev and the rebels, we might see the beginning of a process, which in several years may produce a settlement.

GAZETTE: What is most important for the American public to know about Russia today, whether about the Ukrainian crisis or something else?

ROGOV: Russia is a country in a transition. It’s 23 years, in December, since the Soviet Union collapsed and we are still facing key challenges, which have not been resolved: the transition to a market economy, building political democracy, and the Russian relationship with the world. The most difficult problem is the problem of the new Russian identity. This is a problem that all post-communist countries encountered. The communist period, it was proletariat internationalism, class identity, not ethnic identity.

So Poland is today the land of Poles. Czechoslovakia collapsed, it’s the Czech Republic and Slovakia. Should Russia be the state of Russians? Or Ukraine be the state of Ukrainians? I mentioned ethnic Russians in Ukraine. There are not only Russians, there are others: Poles, Hungarians, many Greeks. And in Russia, 20 percent of the citizenship is ethnically non-Russian. On the other hand, 20 percent of ethnic Russians live outside Russia. …

Unfortunately, this transition Russia is in cannot happen overnight. There have been several ethnic civil wars in the former Soviet Union, in Georgia, in Armenia, in Azerbaijan, in Moldova. What’s happening in Ukraine is the most dangerous, since that became a Russian-American confrontation and, [though] Russia is not a superpower, we are a nuclear superpower, we still maintain parity with the United States in nuclear weapons.

And when the United States cuts normal political intercourse, cuts economic relations, cuts military cooperation, that’s very dangerous. Do you want Russia to become an ally of China? [The] United States is pushing Russia toward China and that might have very serious consequences not only for our two countries, but for the entire international system.

GAZETTE: Is an improvement in U.S.-Russian relations possible in the short term, and if so how do we get there?

ROGOV: The official American position is no business as usual unless Russia does this, does that, etc. — a whole list of American demands, and Russia is not going to accept those demands.

Right now, we’ve almost forgotten that we have many common interests, like nonproliferation, terrorism — the Islamic State is a common enemy of Russia and America. [There’s] Iran, Afghanistan, the climate. … We should think how to build the relationship while recognizing disagreements, and recognize that there will be differences, and build relationships on common interests.

As far as Ukraine is concerned, when I was talking about solutions, like decentralization, linguistic protection, economic assistance, and nonmembership in NATO, the United States’ interests are not against [those things], in my reading. Actually, as far as the solution of the Ukrainian problem is concerned, Russia and America agree on many things. What we disagree about is Crimea.

The greatest danger today is that both sides seem to believe their own propaganda.