All politics is personal 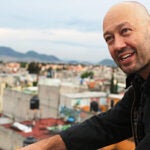 “All foreign policy is the logical extension of human nature, with a lot less information to act on,” Biden said during a formal address to students at the Institute of Politics (IOP) at HKS. “And the same principles that relate to human interaction, they are critical in foreign policy, as well. People can tell whether or not you respect them or not.”

Biden was at Harvard to deliver a broad survey of American strategic interests and foreign policy around the world, including China, the Middle East, Ukraine, and Central and South America, and to provide what he called “an honest accounting” of what it will take for the United States to thrive in the decades ahead.

For more than a decade, Biden, 71, served as the chair or ranking member of the U.S. Senate Foreign Relations Committee, and as vice president he has played an unusually active role in a number of international issues, including nuclear arms reduction, international trade, and ending the Iraq War.

Underscoring points first made by President Obama during his United Nations speech last week, Biden said the United States must update a post-World War II international order that “is literally fraying at the seams,” and successfully confront “immediate threats” like ISIS, Ebola, and Russia’s incursion into Ukraine, while still maintaining America’s values by “strengthening our core alliances, building relationships with emerging powers, defending and extending the international rules of the road, confronting the causes of violent extremism, and building a strong economy in the U.S. to underpin our ability to do anything abroad.”

Biden said the country must take the lead on global challenges, but should not go it alone.

“We can’t solve them ourselves, and we can’t ultimately solve them with force — nor should we try — but we can work to resolve these conflicts; we can seek to empower the forces of moderation and pluralism and economic growth; we can seek to delegitimize ISIL (or ISIS) in the Islamic World and their perverse ideology; we can cut off the flow of terrorist finance and foreign fighters,” he said.

“Our response must be deadly serious, but we should keep this in perspective: The United States today faces threats that require attention, but we face no existential threat to our way of life or our security.”

Following his prepared remarks, the affable Biden cut loose, grabbing a handheld microphone and eagerly taking questions from students as he crisscrossed the room, town hall-style.

In his comments, Biden flat-out rejected the notion that the United States could have identified and acted on the threat posed by ISIS a year ago, with the help of moderate allies in the region such as Turkey, Saudi Arabia, or the United Arab Emirates. “It’s fiction. It did not exist,” he said, noting that these nations were too focused on opposing Syrian leader Bashar al-Assad to see the potential trouble being created by arming and financing radical extremists.

“So now we have a coalition, but it’s still going to be a hell of a long fight. But it cannot be, even if we wanted to, it cannot be our fight alone. This cannot be turned into a U.S. ground war against another Arab nation in the Middle East,” Biden said.

Biden, who visited the IOP study group of his sister Valerie Biden Owens, a fall 2014 fellow, to chat informally before his address, told the broader student audience that they were lucky to be getting into politics at a rare, critical juncture in world history.

“We are at an inflection point. The world is changing whether we like it or not,” Biden said. “The only time you get a chance to bend history a little bit is at these moments of great change. If we’re wise, if we have courage and resolve, and a little bit of luck, we can all make the world a better place, for real.”