A wellspring of hope 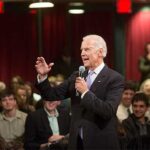 All politics is personal

The relief in Pinalito is palpable. The water is clean again.

For the past 2½ years, students in the Harvard University chapter of Engineers Without Borders have been rehabilitating and improving a potable water system in the rural town in the Dominican Republic. After the most recent visit, the students returned to campus in late August having successfully worked with the community to upgrade the water quality and distribution system.

“The residents now have a clean source of water, something they haven’t had for five or more years,” said the group’s adviser, Christopher Lombardo, assistant director for undergraduate studies in engineering sciences at the Harvard School of Engineering and Applied Sciences (SEAS). “The well that was built by a government contractor had failed; it had been improperly installed and was clogged with clay. The new, productive, and clean water well can produce 27 gallons a minute.”

When the Harvard team first arrived, the community was skeptical. By working with translators and speaking with people who lived there, the students built the trust needed to move the project forward in the most beneficial way for the town.

“From the beginning, we designed a system with the community,” said Leah Gaffney ’15, the Harvard chapter president, who had visited on two of the five earlier excursions.

“We walked around with community members and talked about water sources and options. We did an extensive analysis of options: Should we dig a new well or pipe water from the existing spring? We acted as consultants to determine the best way to go forward,” said Gaffney, who studies biomedical engineering at SEAS.

Indeed, community-driven development programs comprise the heart of the mission of Engineers Without Borders-USA, a humanitarian organization working worldwide to design and build sustainable engineering projects in full partnership with host communities. SEAS, for its part, encourages students to take advantage of such opportunities abroad.

“We want our students to be aware that although we’re teaching them engineering in Cambridge, there are many other perspectives they’ll need to consider when they go further afield — and they won’t always have access to a state-of-the-art lab,” said Fawwaz Habbal, executive dean for education and research at SEAS. “The role of an engineer is to help solve problems, to improve life. But it’s only by listening and engaging with the stakeholders that a sustainable solution can take root.”

After each field research visit, the student team returned to Harvard and consulted with engineering faculty and staff in the SEAS Teaching Labs, as well as other professionals in the Engineers Without Borders network. A technical advisory committee reviewed all of the visitors’ work.

“We also worked on education,” said Gaffney, explaining that she and her fellow students visited local schools and talked with children about water purification and the importance of good sanitation.

“I’m most proud of the relationships we have fostered in the community, and the mutual pride in the project,” she said.

Located in a mountainous region in central Dominican Republic, Pinalito’s modest houses are made of tin, wood, and concrete. The homes perch on a hillside that slopes down to a river.

The students knew going in that poor water quality is linked to gastrointestinal illness and larger public health concerns.

“A critical part of the project was to pipe water into people’s homes. Before that, they were taking buckets down to the river and carrying water back up,” said Tunde Demuren ’15, a mechanical engineering concentrator and project leader who made four trips to the area.

The team’s largest design improvement involved changing the site of the well.

“It made sense to drill a well on the opposite side of the river where there are the highest density of houses,” said Lombardo.

After consulting with the community, it was agreed that the well and pipes would be located on property owned by a community leader, Luis Ciprian, primarily because he had paperwork to show ownership of the land.

William Jameson ’16, an electrical engineering concentrator and project leader, had designed wiring for the electrical pump systems on a previous visit. He returned in August to add additional piping to improve the water pressure and reliability of the system, and to construct more robust metal-and-concrete tap stands.

Students worked for 12 hours a day, from dawn until dusk, and were integrated into the life of the community.

“We had lunch in the community every day. We bought groceries, and Luis’ wife, Daisy, would make chicken, rice, beans, and avocado,” said Jameson.

“It was a really great experience, more personable and enjoyable than I thought it would be,” said Sylvia Percovich ’15, who visited for the first time in August as one of the team’s translators. “I saw the community embrace the people as much as the project. I felt like I was coming home to a family that my friends were part of.

“I thought I was only going to translate, but was completely immersed in the project. It was a crash course, a very hands-on experience. I didn’t know how to fix a pipe, but I could pass tools to people or go to the grocery store,” Percovich said.

The most recent quality test determined the water was clean, and the well was deemed to satisfy community demands. To ensure that the system will continue to operate successfully, the community has voted to pay a small monthly fee to an elected treasurer to maintain the project.

At the final community meeting, Manuel Ramos ’15, a Dominican national, announced the project’s success in Spanish: “La agua es igual que el botellón.” (“The water is just like bottled water.”) The residents applauded. They threw a party for the team and asked about future community infrastructure projects.

“Engineers Without Borders shows there are people out there trying to make the world a slightly better place,” said Percovich.