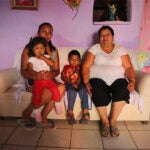 The mystery of the lake

The film’s action unfolds in a Hong Kong hotel room over eight days, during which Snowden’s revelations about the vast scope of the surveillance programs hit the press. On Monday afternoon, via videoconference, Harvard Law School’s Lawrence Lessig engaged Snowden in another frank conversation.

A whistleblower to some, a spy to others, Snowden has been living in exile in Russia for the past year to avoid U.S. espionage charges. For an hour on Monday, he offered listeners a window into his motivations and his thoughts on the national security landscape.

Snowden’s actions sparked a global debate about privacy versus national security concerns, a debate that he thinks was desperately needed. U.S. intelligence agencies, he said, were working without oversight, “changing the boundaries of the rights that we enjoy as free people and a free society.” Snowden said that Congress, the courts, and the executive branch of government “had failed” to do anything about the vast expansion of surveillance, either because they were unaware or unwilling.

“This led me to stand up and say something,” he said.

During his discussion with Lessig, Snowden touched briefly on his background. His grandfather and father were in the military, and his mother and sister still work for the government. He decided to enlist in the U.S. Army, inspired in response to the terrorist attacks of 9/11. He said he later began his intelligence work confident that the government for the most part “did good things and did them for the right reasons.”

But he said his perspective shifted as his career progressed, first at the CIA, and later with the NSA as he gained “an increasingly concerning understanding of what happens on the broad scale.” According to Snowden, senior officials in the intelligence community had “become less accountable to the public,” overseeing “programs of mass surveillance that were happening beyond any possible statutory authority.”

When he raised his concerns internally “they got nowhere,” said Snowden. He reached out to the press as a last resort, adding that he “never published anything.” Instead he let the press decide whether to publish information and thus allow the public “to participate in the democratic process in order to claim their part in determining the outcome.”

After a failed attempt to reach former lawyer and journalist Glenn Greenwald, Snowden contacted Laura Poitras, through a series of encrypted emails in January 2013. At Snowden’s urging, Poitras connected with Greenwald, and together the pair broke the first surveillance story in The Guardian US that June. (Poitras would go on to make the documentary.) Soon after the first story, Washington Post reporter Barton Gellman released a series of articles based on Snowden’s information. Earlier this year, both news outlets were awarded the Pulitzer Prize for public service.

The Pulitzer win proved “this kind of investment,” said Snowden, “is important to the quality of our society.”

Why didn’t he go to The New York Times? wondered Lessig, Roy L. Furman Professor of Law and Leadership. Snowden said he wanted to reach a variety of outlets to ensure his information would get out without interference from the U.S. government. Many U.S. newspapers are too institutionalized, hierarchal, and rigid, he argued. He said that the Times, which delayed publishing a 2005 story about the Bush administration’s warrantless wiretapping program for a year at the urging of the White House, “has a history of sitting on stories of massive public importance.”

During his intelligence work, Snowden said he noticed a critical pivot away from targeted surveillance toward programs that collected mass amounts of data. He called that shift costly and ineffective, a “collect-all” strategy that makes it impossible to keep a close eye on targets that warrant closer attention.

“A good example of this is actually the Boston Marathon bombings,” said Snowden. The Russian intelligence services had made the Tsarnaev brothers known to the Federal Bureau of Investigation, he said, but the FBI only conducted “a cursory investigation.”

“The reality is we knew who these guys were, and we knew they were associated with extremism in advance of these attacks, but we didn’t follow up. We didn’t keep watching these guys. And the question is: Why? I believe the reality of that is because we do have finite resources. And the question is: Should we be spending $10 billion a year on mass surveillance programs at the NSA to the extent that we no longer have effective means of traditional, targeted surveillance?”

When he had a security clearance he classified as “greater than top secret,” Snowden said he could have done considerable harm if he so chose. But he said his first rule when speaking with the press was that they “do no harm” and only publish stories “with clear public-interest justification.”

Lessig asked if Snowden would consider making himself “available to the ordinary criminal process.”

“There is no due process for whistleblowers in the intelligence community,” and American defendants are banned from making a public-interest defense before a jury, Snowden said. He said that the U.S. Espionage Act, which is “intended for the prosecution of spies, is being increasingly leveraged to be used as sort of a bludgeon against public-interest journalistic sources and whistleblowers.”