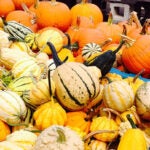 From farm to table and everything in between

Freshman peers into the dawn of Harvard, at Indian College excavation site

The skies above the white tent in Harvard Yard were overcast. The roped-off area near Matthews Hall marked another year in search of history.

Staff accompanied students who were joined by Native American community leaders, each bringing a unique perspective to the 10th annual Yard dig. All in attendance were focused on filling in the history of Harvard’s Indian College, established in 1665 with the mission of educating Native American students alongside Puritan students. Having the opportunity to be present at the 2014 Yard dig, I could not help but imagine what life must have been like for a native student in the 1600s.

The teaching fellow held up a bag of artifacts unearthed at the 2013 dig, explaining their importance and their collective role in piecing together the story of the Indian College. He passed around a few objects, examples of what could be found in this year’s dig, and explained how each piece was significant.

The tiny piece of metal type I held in my hand could be a link between Harvard’s Native American college in 1655 and present-day life in the Harvard University Native American Program (HUNAP) and the community as a whole. The first Holy Bible translated into the language of the Massachusett Indians was printed here, and this piece of type may have helped produce a piece of history. The pieces of brick being passed around to students and faculty may have been part of the original Native American college, of which key elements were uncovered in the 2009 Yard dig.

Built in 1655, the first brick building in the Yard, the college was erected to educate native youth free of charge. The evolution of Native American education at Harvard is a long one, and not without historical gaps. Much is left to learn about the struggles faced by early native students, as well as the college’s journey from the original charter to its present-day goals of preserving native cultures and embracing their varied histories.

To think that I am part of this history is nothing short of remarkable. As I stand in the trench, watching the sifters go through shovels of dirt, I am literally following in the footsteps of all indigenous people at Harvard. When I consider the significance of not only the dig, but of elucidating the actual history of the Indian College, I become aware of how far native education at Harvard has come. It started with the desire to teach students Greek, Hebrew, and religion, but has grown and developed into a program that nurtures each native student’s culture and language, celebrating their history within a larger cultural context. Embracing issues within the native communities and bringing them to the forefront on campus has become HUNAP’s hallmark, changing the face of native education.

Observing the dig’s progress led me to a newfound respect for archeologists and historians. Progress is slow and deliberate, every inch of earth charted, excavated, and examined with painstaking precision. It felt extraordinary to be a small part of historical advancement, one that features dirty hands and sore muscles. But what is even more exciting is how Native American history at Harvard College has developed into an example of preserving the past, educating in the present, and preparing for the future.

I cannot help but appreciate the struggles and triumphs of generations of indigenous students before me. To appreciate their history is to recognize their contribution in hopes of ultimately making my own. Watching the Yard dig unfold allowed me to witness the front lines of academia. The sifters hummed, kicking out shovel after shovel of excavated material. A crowd assembled around the receptacle containing potential finds. Among the artifacts, I saw a few pieces of coal, aggregates of rock, shards of glass, and an MBTA token. In the age of Charlie cards, even that is an artifact now.

Matthew DeShaw ’18 is a member of HUNAP. He will write an occasional column about his student experiences.