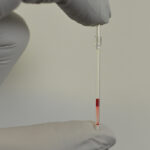 From chance meeting, a chance to save lives

To David Baskin, specialized training to help counselors handle victims of physical and psychological trauma shouldn’t be necessary. The problem is so widespread that such training should be part of every program.

But it’s not, which led Baskin to a fellowship with the Victims of Violence Program at Harvard-affiliated Cambridge Health Alliance. Soon he found himself working with people coping with a range of traumatic events: rape, incest, a family member’s murder, even the Boston Marathon bombings.

“It’s been pretty amazing,” Baskin said of his work with Victims of Violence, which is in its 30th year. “It definitely turned out to be what I was looking for.”

Harvey traveled around the region, speaking to prosecutors and advocates for victims, seeking ideas for services. Herman, then a Bunting Fellow at Radcliffe College’s Bunting Institute, came on board shortly afterward.

At the time, Herman said, there was growing awareness of the damage caused by domestic violence, rape, and sexual abuse of women and girls, crimes whose true prevalence had been hidden by a veil of secrecy and shame that took its own mental toll.

Herman’s first book, “Father-Daughter Incest,” published by Harvard University Press in 1981, contributed to the awareness, showing that the crime was 100 times more common than the standing estimate of one case in a million.

“It was off by two orders of magnitude; we really had our work cut out for us,” Herman said.

Further, mental health specialists were finding that many cases of depression and other disorders had roots in past trauma.

“We talked to doctors at Cambridge Hospital about trauma. Many patients they were seeing had a history of trauma, [and] domestic abuse or childhood abuse were the two biggest categories,” Herman said.

After the launch of Victims of Violence, it quickly became apparent that there was a pent-up need for its services. Director Barbara Hamm, a clinical instructor in psychology at HMS, did her fellowship training with the program before becoming a staff member. She recalled a meeting in 1986 where the room was filled “to the rafters” with professionals looking for information on how to treat trauma victims.

“People were coming from the Boston area and beyond to get care that they couldn’t get anywhere else,” Hamm said.

Today, the program, based on Central Street in Somerville, offers a variety of services, some of which are free. Along with direct clinical care and consultation, it provides victim advocacy, public education, and community-based collaborations focused on reducing domestic violence. It also offers specialized services for family members of homicide victims and for people seeking political asylum.

Clinical training and research have been a key part of Victims of Violence from the start, Herman said. The program annually gives fellows such as Baskin a chance to become better counselors through work and study.

Ongoing research focuses on patients who have experienced multiple traumas, which often begin with childhood abuse, and includes tracking outcomes through voluntary questionnaires and in some cases more detailed interviews. The program is also part of a four-year, multisite study funded by the National Institute of Mental Health. That initiative is testing a new treatment model, called STAIR/MPE, whose initial trials indicated it might be effective for patients with post-traumatic stress disorder stemming from childhood abuse.

“We will be very curious to learn how our current treatment practice holds up against this new model,” Herman said.

In the spring the program added to its long history of honors by winning the Innovations Award from the Massachusetts Office for Victim Assistance.

Victims of Violence “has established creative partnerships with diverse community agencies and groups to control community violence and consistently strives to provide for effective treatment approaches for crime victims,” Liam Lowney, executive director of the Massachusetts Office for Victim Assistance, said in a statement.