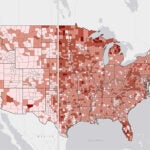 It’s understood that with the role of U.S. Supreme Court justice comes tremendous responsibility. For Associate Justice Elena Kagan, part of her job as the most junior member of that body involves answering the door.

When the nine justices enter their private conference room to decide a case, sometimes one forgets something, such as a critical case file, or reading glasses, or coffee cup. When clerks arrive with the missing item, “They will knock on the outer door, and then I have to hop up and open the inner door,” said Kagan. “Truly, if I don’t do it, nobody will. If I don’t do it, they’ll just all stare at me: ‘Elena, that was a knock on the door.’”

In an entertaining talk in HLS’s Wasserstein Hall with Dean Martha Minow on Wednesday, Kagan displayed her trademark wit and wisdom, honed during her years as a Harvard Law School (HLS) student, professor, and dean, her work with the Clinton administration, and her stint as solicitor general. She also pulled back the curtain a little on the nation’s highest court.

Kagan delved into topics that ranged from her most difficult court decision (a case about violent video games) to which justice gets the most laughs during oral arguments (a close call between Antonin Scalia and Stephen Breyer) to her reputation for writing readable decisions (she loves making complicated legal arguments clear) to her thoughts on amending the U.S. Constitution (she doesn’t believe it’s the role of a Supreme Court justice).

Since joining the court in 2010, Kagan has made regular visits to her alma mater to talk with students. This week she also took up her former role as teacher, heading an HLS reading group that examined a series of decisions from the court’s last term.

Reflecting on her previous job, Kagan said that being solicitor general “is almost the closest thing to being a Supreme Court justice,” adding that in some ways the job is even better preparation for the high court than being a lower court judge. Before she was confirmed, some critics had complained that her lack of judicial service made her less qualified for the role.

As the lawyer tasked with arguing cases before the Supreme Court on behalf of the U.S. government, “what the solicitor general does is basically think about the Supreme Court all day long,” said Kagan. That thinking ranges from supervising brief-writing for all of the cases in which the government takes part to thinking about which cases the court is likeliest to hear to deciding how best to argue the cases before the justices.

“By doing the solicitor general’s job, I really got a kind of crash course in the Supreme Court and how it operates and what the justices were thinking about.”

Being literally on the other side of the bench now is much easier, said Kagan, acknowledging that she and her colleagues don’t give the lawyer presenting a case at oral argument “much time to collect your thoughts and to express yourself. … You stand at the podium, and you get a sentence out, two sentences if you are lucky, and then the questions start … you are just bombarded.”

The judges have lots of questions, and with only about an hour or so with each attorney, the pace is always rapid-fire. Often, said Kagan, the questions are just a means for the justices to talk to each other, “a way to communicate with your colleagues” about the case.

“We’re not really actually all that interested sometimes in what you have to say; we’re a little bit more interested in talking with each other. And there are reasons for that,” she said, adding that the first time the justices convene about a case as a group is at oral argument.

There’s another reason Kagan asks lots of questions. As the most junior member of the bench, Kagan comments last when the court meets in conference to discuss and decide a case. The pecking order means “I don’t really get to say anything at conference until everybody had indicated an intention about how they’re going to vote,” she said. “So to the extent that I have something that I think is a slightly different take on a case, or something that I want my colleagues to hear before they say how they are going to vote, argument is the time for me to do that. And I think we’re all aware of that, that argument is a time when one can put ideas into your colleagues’ heads … before they go back to their chambers and they mull things over for a couple of days.”

Kagan said she tries to remember what it was like on the firing line as solicitor general and “to at least be polite” when asking questions.

Kagan said she prepares for oral argument by reading the briefs carefully and discussing the cases with her clerks in detail, including what kinds of questions it would be helpful to ask. Asked about the collegiality on the court and how she deals with disagreements, Kagan said she takes a page from her friend and hunting partner Scalia, who told her, “If you take the disagreement personally, you are in the wrong line of business.”

“People are all operating in good faith, and trying to do the right thing, and taking their jobs extremely seriously, and sometimes you are going to reach different outcomes,” Kagan said.

“I think it’s an incredible group of people — smart, engaged, interesting, personable, really decent people,” she added. “And I enjoy being with them. Sometimes the folks who I disagree with are really among my favorites to spend time with.”

A blog that keeps track of the biggest laugh lines during oral argument put Scalia and Breyer ahead of the pack. Kagan said the blogger also wrote that he thought she was “underperforming what he knew to be my true potential.”

Her opinions, which Minow said have gained a reputation “for being distinctively readable,” are the products of hard work. Kagan said her goal is to make her writing approachable by everyone, from the legal experts to “the ordinary people who are interested in what we do.”

“To try to explain what’s at issue or why it matters in a way that people can understand takes more than one draft,” she said. “Mostly I just work at it, and work at it the more.”

The judges agree more often than they disagree, said Kagan, something the public doesn’t always appreciate. But when they do disagree there is often “a lot of back and forth and a lot of attempts to persuade, and that’s tremendously fun and exciting to be part of.” Kagan tries to models herself on her predecessor, John Paul Stevens, whose chair she now sits in. Even after decades on the court, he approached every day, she said, eager and ready to learn.

Kagan urged her listeners to be open to new things, and “take more risks than you think you should,” adding that, “Law students are too risk-averse.” Many students pressed her on difficult topics, including her most conflicted moment on the court.

She admitted that if she were a parent, she wouldn’t want her child watching such games, and that keeping children from buying these games “without a parent” present struck her as “eminently sensible.” Still, she said, she couldn’t “square that result with essential First Amendment rules that the court has.”

“Why are justices at the Supreme Court any better positioned to say what the Constitution means than anyone else in this room?” wondered one student.

“I am going to say that I know more than most people in this room, at least I hope I do,” Kagan said with a laugh, adding on a more serious note, “It’s a lot of chance that the nine of us are there rather than nine other people. All you can do is try your best to do the best job you can.”