The rise of ISIS 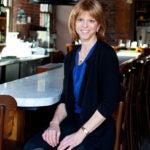 A Q&A on the partitioning of Iraq, and what’s likely next

The Sunni extremist group the Islamic State in Iraq and Syria (ISIS) has waged a violent campaign in recent months, capturing large areas of territory in both countries. In June, the group declared itself a new Islamist caliphate, or formal Islamic state, and proclaimed leader Abu Bakr al-Baghdadi as the caliph. Experts worry about what the rise of the Jihadist group will mean for the future of Iraq, for the stability of the region, and for United States security.

The Gazette recently spoke with al-Qarawee about the rise of ISIS.

GAZETTE: Can you describe ISIS in relationship to al-Qaeda?

AL-QARAWEE: ISIS is the latest incarnation of a group called Tanẓīm Qāʻidat al-Jihād fī Bilād al-Rāfidayn, or the organization of al-Qaeda in Mesopotamia, which was formed in 2004. The group, although it declared allegiance to Osama bin Laden and al-Qaeda, was a highly independent body that had organizational and ideological differences from al-Qaeda. The group adopted a very fundamentalist and exclusionary interpretation of Islam, saw itself as the only “victorious sect” in Islam, and considered Shias [Shiites, who constitute 55-60 percent of Iraqis] deviants and legitimate targets of its attacks. The group and its subsequent incarnations were shaped by the nature of conflict in Iraq that took an increasingly sectarian characteristic. Unlike al-Qaeda that prioritized the conflict with the West, ISIS deemed conflict with Shias central to its success because it sought to create a territorial state of its own. If al-Qaeda was an outcome of the conflict in Afghanistan, ISIS is an outcome of conflicts and states’ failures in Iraq and the Levant.

GAZETTE: What does the rise of ISIS mean for Iraq? What does it mean for the West? Is ISIS a greater threat to United States security than al-Qaeda?

AL-QARAWEE: The rise of ISIS in Iraq means that once again we are facing the failure of [the] post-colonial state in the region. Post-Saddam [Hussein] Iraq, which was supposed to become a model of democracy and inclusivity, ended up as a fragile state strongly weakened by ethnic and sectarian divides. That has something to do with both the pillars on which the current regime was established and the failed policies of Prime Minister Nouri al-Maliki. However, to understand the roots of problem, we need to examine the unsuccessful processes of nation-building in the region. These processes have failed partly because of the exclusionary politics that characterized the behavior of all regimes that ruled Iraq, including the current one.

Now, ISIS’s focus is on building its own state and consolidating its power in the areas it managed to control. Therefore, most of the fighting it has engaged in was against others who are contesting this control, and I expect this will be the case in the near future. However, as a Jihadist organization claiming to represent the true Islamic Khilafat, its project will not stop at the current borders and it will continue seeking to expand its territory, which will lead to a more direct clash with the U.S. and Western interests. As the conflict continues, ISIS might have its own internal disagreements about the future, and I expect two kinds of disputes:

First, a dispute with local populations and the more indigenous groups that have their distinct concerns and priorities other than the strict interpretation of Sharia law, and this dispute is already in place in Syria and some parts of Iraq.

The second conflict will be within the organization between its Iraqi wing that might prioritize the “sectarian conflict” with Shias and issues related to communal identity, and the global wing that adopts the ideology of jihad and looks beyond Iraq.

GAZETTE: Do you think Iraq will split along sectarian lines, Sunni, Shia, and Kurdish? What would that kind of division mean for the United States?

AL-QARAWEE: Iraq is already splitting along these lines as the Shia-dominated government loses control over Sunni areas. Apparently, neither the U.S. nor most regional powers benefit from Iraq’s disintegration because it is a formula for the creation of three fragile semi-states. This division will mean long struggles within and between the emerging entities, while regional powers such as Iran and Turkey seek to subordinate some of them. This is already happening, as the Shia groups are increasingly seeking support and protection from Iran, while Kurdistan is increasingly dependent on Turkey. Sunni areas will keep witnessing long fighting between ISIS and other groups, not to mention the fact that they will be impoverished because, unlike the south and Kurdistan, they do not have their own resources. If the U.S. recognizes that an action [is] needed to prevent this scenario, then it needs to engage more proactively and support new arrangements that help sharing and decentralizing power and leading a collective action against ISIS. Iraq needs a new compact that the Iraqi elite alone cannot reach. There is also a need to involve other regional powers in a collective action based on facing ISIS and at the same time a commitment to bridge the sectarian gap in the whole region.

GAZETTE: You have said that you think the political transformation that Iraq needs in the near term is unlikely. Why?

AL-QARAWEE: For those following Iraq’s news, it is obvious that, one, the current system is broken, and, two, Iraqi politicians drive a slow machine that cannot anticipate developments on the ground. Iraq lacks state-builders, which is exactly what we need today. The current crisis requires competent and confident leaders who have a clear vision and the will to make genuine concessions. Unfortunately, the current debate in Iraq is more about personalities than about institutions, and it has not elaborated any serious solutions for problems the country is facing.

GAZETTE: What will the future hold for Nouri al-Maliki in Iraq? Can he form a new government that will be successful? If not, can anyone on the current political scene succeed in doing so?

AL-QARAWEE: Here, I have two things to say.

First, if Maliki manages to stay in power, things will only get worse. Maliki is a divisive figure in a time that requires more unity … who lacks any strategic vision for the country and has already shown authoritarian tendencies. His policies are more about his own survival than about building a state and broadening the legitimacy of his government. He belongs to a political culture that views state-building through traditional exclusionary tools such as centralization, consolidating personal power, and patronage.

Second, while Maliki is a problem, he is not the only problem. Iraq suffers two chronic problems that need to be addressed.

One, sectarianism has become entrenched within the system, and therefore made it difficult for any political actor to gain influence and build constituency without resorting to identity politics. We need to change the paradigm of Iraq from a country of ethnicities and sects into one based on citizenship politics. This can happen by changing the electoral law and make major amendments to the constitution.

Two, Iraq depends highly on oil resources that represent about 95 percent of its governmental budget. Rentier states (which rely strongly on natural resources to thrive) tend to empower the elite and weaken civil society, which is what had happened in Iraq under the Saddam regime and is being repeated today. While it is idealistic to talk about the diversification of Iraq’s economy in the foreseeable future, there is a need to make major changes in the way oil wealth is managed. Decentralization will help prevent the accumulation of revenues in the hands of those who control the central government. But then we need to develop that further to make sure it will not create authoritarian elites in the regions.

GAZETTE: Can Maliki, or someone else, form a coalition government that includes the Sunnis, making them less likely to turn to ISIS?

AL-QARAWEE: The problem here is multifaceted. It is not impossible for any prime minister to give executive positions in his cabinet for Sunni politicians; in fact, this was the case under Maliki’s two terms. The problem is the belief that only by gaining executive positions, a community can feel included. This formula of distributing governmental positions among conflicting parties actually led to creating ineffective governments that lack unity and turn state’s institutions into fiefdoms of conflicting parties. This is exactly what made Maliki popular among Iraqi Shias, because his program focused on forming a majority government rather than apportioning cabinet positions among political parties. Iraq needs decentralization rather than building a grand central government. In addition, Sunni political elites are facing today an existential crisis after ISIS has driven most of its members outside their constituencies. So, assuming that ISIS will be forced out of the cities it is controlling now, there will be a need to recognize who are the genuine representatives of Sunni communities. I think a change within the Sunni political spectrum is inevitable.

GAZETTE: What does the rise of ISIS mean for women in Syria and Iraq?

AL-QARAWEE: More strict measures and marginalization. These groups consider women objects and deny them any existence as social actors. It is important to recognize that Islamic fundamentalism is a powerful ideology in these societies and it has “indoctrinated” many women to accept their lower social status. As the groups consolidate their control in these areas, they follow a very strict version of Sharia law, while trying to strengthen their cultural hegemony through tools of socialization. Today, the situation of women in the Arab world, and areas of conflict in particular, is clear evidence of the failure in the traditional approaches of modernization and development. In sociological terms, ISIS is the outcome of this failure, and its ideology represents a regression from any previous achievements. This is important to highlight in order to clarify that military means only cannot secure victory against ISIS and its like.